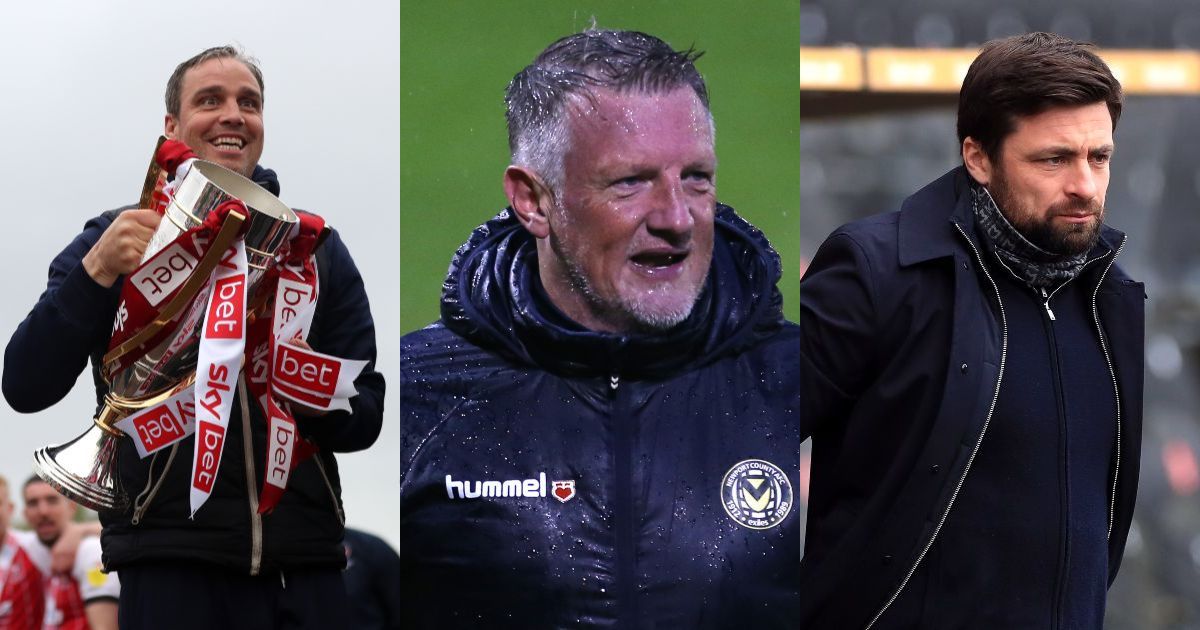 Some EFL managers have done enough to deserve a bigger club. We’re on board for Michael Duff at Burnley…

Michael Duff (Cheltenham Town)
It is hard to start anywhere else than with a promotion winner, but former Burnley defender Duff makes the cut here for much more than that. Having taken the Robins, one of two clubs for whom he made over 300 appearances as a commanding centre-back, to League Two play-off defeat in the Covid-hit 2019/20 season (his first full campaign in charge as a manager at any level) the 43-year-old put the embarrassment of throwing away a two-goal first-leg lead at home to Northampton Town to bed by guiding the Gloucestershire outfit to top spot in 2020/21.

Having moulded an experienced side into a modern 3-5-2 formation with three commanding centre-backs including long throw and assist specialist Ben Tozer, Duff has proven himself to be one of the EFL’s brightest up-and-coming managers. Given his entire playing career consisted of Cheltenham, the Clarets, and a loan spell with Cirencester Town in the 1996/97 season, the romantic next step would be replacing Sean Dyche at Turf Moor, or John Brough at the Corinium Stadium. No, you used Wikipedia.

Perhaps Duff’s first season in League One management will provide us with more clues about which direction he is heading, but Tozer to Chris Wood just screams Premier League champions. Make it happen, Burnley.

Sheffield United have a cheat code back to glory

Michael Flynn (Newport County)
If ever a League Two manager lived and died by the phrase ‘try, try and try again’, then it is Newport County chief Michael Flynn, who this year saw his Exiles side beaten in the League Two play off final by an extra-time winner for the second time in three seasons.

Repetition has been a consistent theme for Flynn and Newport in more ways than one this season. Once again, the Welsh club recruited superbly in the summer with some excellent loan acquisitions, not least of all in thunderbastard specialist Scott Twine, before seeing them recalled one by one by their parent clubs, and the middle of the season witnessed their Rodney Parade pitch decimated before their very eyes. It isn’t the first time it’s happened in the yellow-and-black corner of south Wales, and it likely won’t be the last. 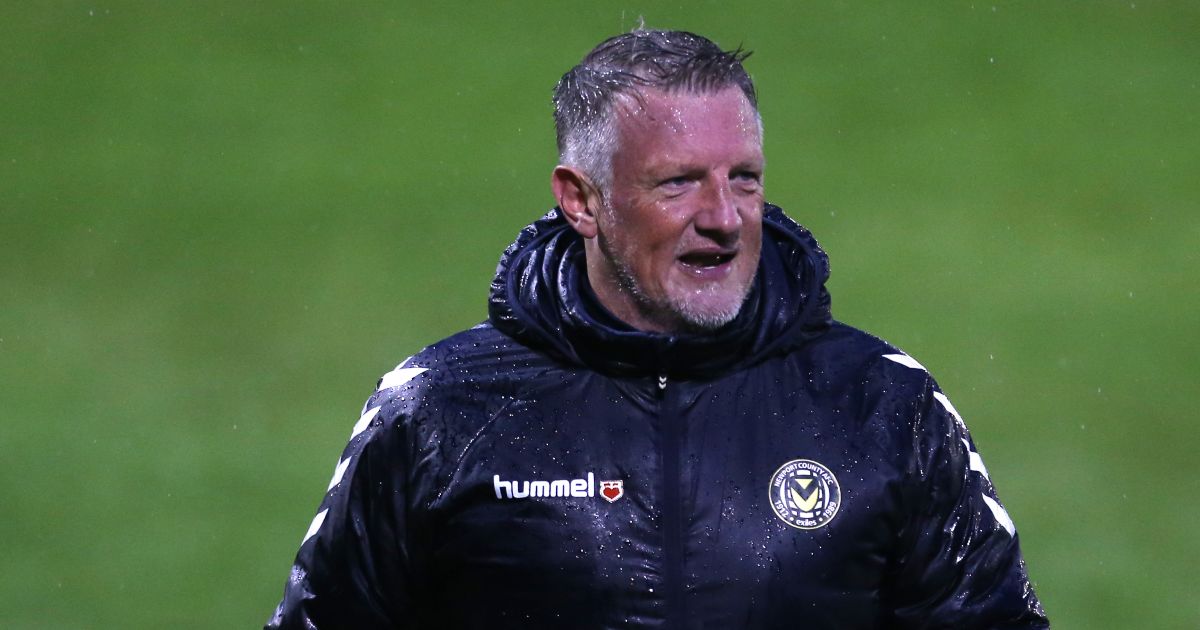 Despite failing to get Newport into League One time and time again, Flynn has done more than enough to prove his talent and should already be managing well above fourth-tier level by now. From completing a great escape in 2016/17 to those amazing FA Cup upsets against the likes of Leicester City and a myriad of top half and top seven finishes, Flynn is a perfect fit for Cardiff City when Mick McCarthy gets the hump with the local media next February. Moving up two divisions without having to move house; nice work if you can get it.

Simon Weaver (Harrogate Town)
By quite some distance the longest-serving manager on this list, and the longest-serving manager in the entirety of the EFL having been in charge of Harrogate through their rise to League Two since 2009, it would take quite some offer to see Weaver depart North Yorkshire. But there should be a queue of clubs who are willing to break up this 12 years and counting chemistry between the Sulphurites and their Doncaster-born manager.

Having taken over a club in danger of departing the National League North, Weaver has guided Harrogate to a first ever season in the Football League with a decent 17th-place finish, all without their dedicated backing at Wetherby Road.

Another manager on this list with pedigree in cup competitions, Weaver is the only manager to have ever won the FA Trophy with his side in the EFL. Was it down to Covid-19? Perhaps, but that’s the sort of record that should prompt similar-sized clubs who have stalled on their journeys from the non-league through the EFL to take note. Here’s looking at you, Fleetwood Town and Salford City.

Blackpool peer into the future with crack coach Critchley

David Artell (Crewe Alexandra)
Like Flynn, Weaver and Duff before him on this list, Crewe Alexandra manager Artell is smashing it long term in his first job in management, with the Gibraltarian having guided the Cheshire club from the depths of League Two to a first season back in the third tier of English football which ended up being more comfortable than a first-class seat on a plane to the Rock of Gibraltar.

Artell has proven himself to be a dab hand bringing through, integrating and improving young players and youth team academy graduates in the first-team set-up at Gresty Road, with departed full-back pair Perry Ng and Harry Pickering the prime examples of Artell’s impressive results on and off the pitch. But with the right and left-back plying their trade in the Championship with Cardiff City and Blackburn Rovers next season, a move to the second tier should soon have Artell’s name on it.

Despite his impressive standing in Crewe, few outside have sat up and taken notice above League One level though, so it may take success at any one of his other former clubs – including Rotherham United, Morecambe, Northampton Town or Port Vale – to earn a bigger move in the future.

Russell Martin (MK Dons)
One of the most exciting managers in the entirety of the EFL with almost certainly one of the most unique styles of play in the lower leagues of England’s professional league set-up, the former Norwich City centre-back has a defined, clear vision of how he expects his side to play that would put many a Premier League and Championship manager to shame. 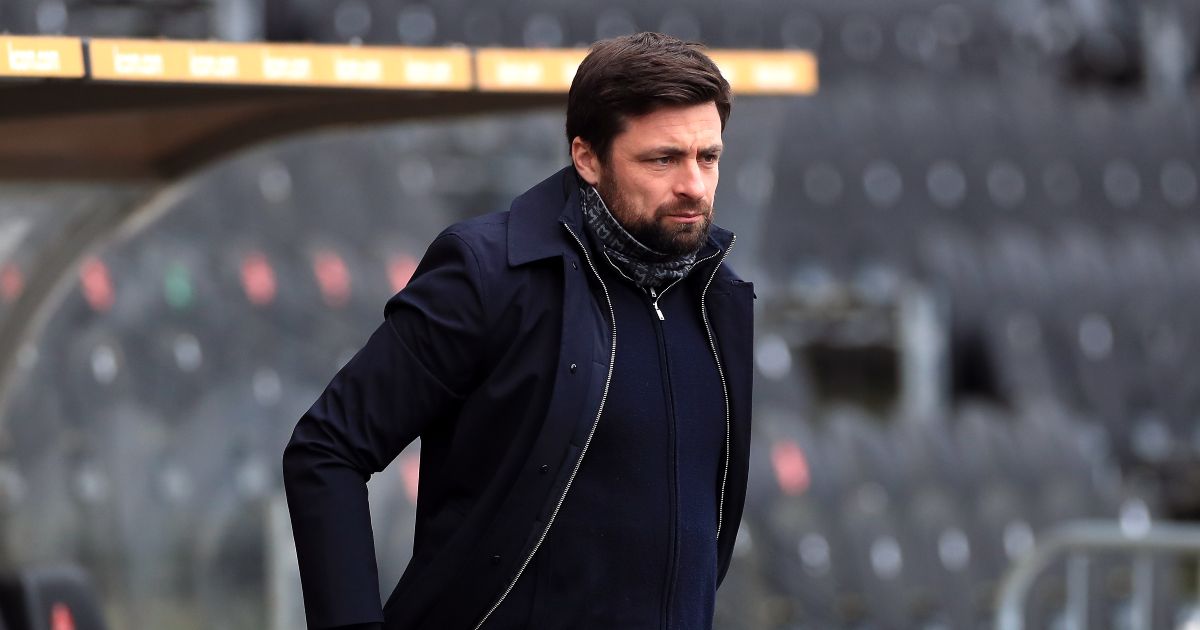 Thus far, results have not been entirely equal to performances since Martin’s tenure began at the start of 2019, but with an impressive squad being put together in the Scot’s mould, including Mr Twine of Newport County and great strikes fame, the Dons are looking every part early promotion challengers back to the second tier of English football under Martin. Should his former club Norwich come back down once more, then the 35-year-old would be a prime candidate for Carrow Road, while any Championship club brave enough to hire a man with his own ideas and vision for how football should be played should have the former centre back on speed dial.

Alex Revell (Stevenage)
Another man enjoying the upper hand against the usual suspects on the managerial merry-go-round is novice chief Alex Revell. Best known for his spectacular Wembley goal for Rotherham United in the 2014 League One play-off final, Revell is mixing it up with equal quality in the division below in charge of Stevenage.

Unlike Flynn, who completed a great escape on the pitch, Stevenage and Revell were given a reprieve with Macclesfield Town taking the Stags’ relegation spot owing to financial difficulties in the royal blue corner of Cheshire. It is important to note that Graham Westley was the man who left the Hertfordshire club seven points adrift of safety with Revell coming in to lose two matches and then seeing the season suspended due to Covid, but this season has seen Stevenage go from relegation favourites once more to a ridiculously impressive 14th-place finish, above the likes of the relatively mighty Mansfield Town, Bradford City and Oldham Athletic.

Coincidentally, each of those clubs could have made for good destinations for Revell, though each made smart choices in their own way with their current choices. Should current Rotherham chief Paul Warne depart New York, then Revell may fancy following in the fan favourite footsteps, having shown he has the pull to attract star players at League Two level, while organising a superbly stern defence, with second-placed Cambridge United conceding eight more fourth-tier goals than Stevenage last term.

Sol Campbell (Unattached)
The only man on this list currently without a club, the ire with which the suggestion of Sol Campbell as a managerial candidate is greeted by fans is embarrassing only for those who fail to recognise what an impressive job he did in stints with troubled pair Macclesfield Town and Southend United.

Oafs may scoff at his win rate, while banter pages will pull up irrelevant quotes and trolls will still harp on about his lack of loyalty two decades ago, but the truth is that Sol Campbell is a good manager. What’s more, the former England centre-back deserves a crack at a club that is not in financial ruin.

At Macclesfield, his first ever taste of management, Campbell took over a recently promoted club five points adrift of safety and smoothly guided the Silkmen to safety, losing just 10 of his 30 games despite both him and the players going much of his stint unpaid.

Only a couple of months after leaving Macclesfield did Campbell turn up at another disastrously run club in Southend, unable to repeat the miracle from his time in the north west and ultimately overseeing relegation to League Two, with the absolute minimum amount of blame reasonably apportioned to Campbell.

Given what Campbell has proven he can do at such troubled clubs, it is only fair to see how far the 46-year-old manager could take a well-run outfit. The next time he is linked with such a club, remember not to scoff. It will be very much deserved.