Home F365 Features Seven footballers who battled back against the crowd 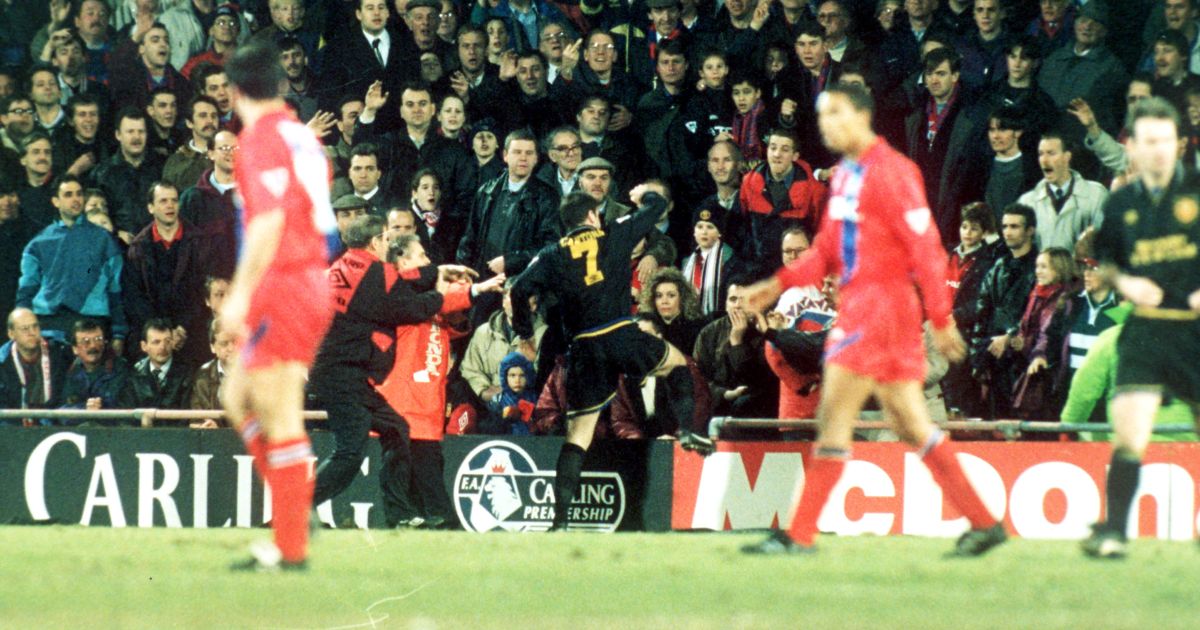 Raheem Sterling, Jude Bellingham and Declan Rice dealt with the abuse from the Hungarian fans with considerable restraint as they drunk from the cup of plenty with a 4-0 win. That hasn’t always been the case with crowd and player interactions…

1) Granit not made of granite
When Granit Xhaka walked off the pitch at the Emirates to be replaced by Bukayo Saka in October 2019, Arsenal had just lost a two-goal lead to Crystal Palace. There was no respectful smattering of applause for the skipper; Arsenal supporters let rip with a cacophony of boos. Unwisely, the Swiss responded in kind with a cup to the ear and a mouthy message to whoever was listening which contained some fruity language. ‘My feeling of not being understood by fans, and repeated abusive comments at matches and in social media over the last weeks and months have hurt me deeply,’ he wrote in a social media post.

A week and a half later he lost the captaincy to Pierre-Emerick Aubameyang. Almost two years later, he was showing his maturity and leadership qualities on the leg of Joao Cancelo.

2) Jordan has some bantz with the Geordies
Jordan Pickford appears to have sorted out his anger management issues these days, but it wasn’t always thus. In March 2019, that Jekyll and Hyde persona raised its head at St James’ Park. Having recklessly brought down Salomon Rondon but then saved Matt Ritchie’s penalty, the Mackem keeper kept rising to the never-ending bait that was on offer. Newcastle came storming back to win 3-2 as Pickford appeared to be visibly affected by the goading from the home crowd. ‘Do you want to take this outside?’ is not a good look…

Jordan Pickford getting rattled every time he plays Newcastle is hilarious, no doubt in my mind that half of the pro-Sunderland graffiti in the toilets of Newcastle pubs is down to him

3) Kompany gives Mignolet personal security
What a top gentleman Vincent Kompany is. The now Anderlecht boss (formerly player- manager) was on the pitch against Bruges and losing 2-1 in stoppage time when irate home fans decided to lob a flare into Simon Mignolet’s penalty area. It exploded, causing the opposition keeper to visibly recoil. The Manchester City legend angrily gestured towards his own set of supporters, putting his hand on the Anderlecht badge to try and appeal to their identity as human beings with better values. Or something. He then put his arm around Mignolet. Lovely stuff.

4) Vardy winds up the Wolves at his door
Jamie Vardy is more in your face than a botox injection as Wolverhampton Wanderers found out on the opening day in August. When he scored the solitary goal of the game in the first half, the striker went up to the pocket of Midland fans and howled like a wolf, just as he had mimicked an eagle at Selhurst Park a couple of years previously.

“It’s one of them, it’s all instincts,” he said of the celebration after the game. “You do what comes to your mind at the first moment. A good celebration, but I’m just delighted to get the three points.” Leicester boss Rodgers said: “He’s so thick-skinned. He’s one of those boys who… (gets abuse) that only makes him better. He’ll not shrivel up.” Yeah, Brendan. We noticed.

5) Eric Dier visits the wild West Stand
He ran off the pitch to answer nature’s call last season, but Dier was later in a rush to confront something that was much more inconvenient.

One year ago today Eric Dier climbed into the stands to confront a fan after Spurs’ FA Cup defeat to Norwich. CRAZY SCENES 😳#COYS #THFC pic.twitter.com/zr26aIglOX

Jose Mourinho did not condone his player’s actions but said he understood why he did it: “I think Eric Dier did something that we professionals cannot do but in these circumstances every one of us would do. Because when somebody insults you, and your family is there, and you get involved with the person that is insulting you, in this case a younger brother, I think Eric did what we professionals cannot do.”

Dier was suspended for four matches and fined £40,000. It ain’t heavy. It’s his brother.

6) Eric Cantona goes Kung-Fu Fighting
Cantona unleashed kick-ass fury on Crystal Palace fan Matthew Symonds in the Selhurst Park stands in January 1995. Having been charged with assault, Cantona told the court that, as he walked along the touchline, he had heard Simmons insulting his mother in the crudest way. The French maverick sees it as his standout highlight: “My best moment? I have a lot of good moments but the one I prefer is when I kicked the hooligan. The most important thing for me is that I was who I was. I was myself!

The Frenchman was sentenced to 120 hours of community service, stripped of the national captaincy, handed a four-month ban and meted out a £20,000 fine by his club. That was some price to pay for being himself…

7) Jamie Carragher sees the other side of the coin
The former Liverpool defender had his hand slapped by Sky for “a moment of madness” when driving back from Liverpool’s defeat against Manchester United in 2018. It must have been from the same part of the brain that got him sent off in an ill-tempered game against Arsenal in the FA Cup fourth round in 2002.

After Dennis Bergkamp was red-carded for a stamp challenge on Carra near the touchline, a Gunners fan threw a coin at the Liverpool man. Unwisely, he threw it back with interest: “I was frustrated and did it without thinking in the heat of the moment. Anyone who has seen me play regularly will realise it was completely out of character but I’m not going to make excuses. It’s a mistake I won’t make again.” The Reds lost 1-0 to nine men. Thankfully for Carragher, the two dodgy blokes that allegedly received injuries from the return of the coin did not come forward.