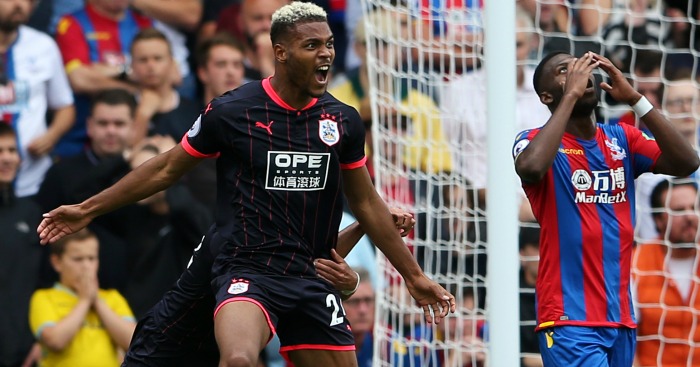 Sometimes, promoted Championship teams can punch above their weight. Look at Wolves. And Sheffield United. On other occasions, they just get punched into submission like a featherweight hitting a super heavyweight. Here are some first-day nerves and performances to remember…

* 2019/20 Liverpool 4 Norwich 1
Norwich went to Anfield on the opening day of the season to fight Jurgen’s Panzer patrol with pocket battleship Teemu Pukki. To be fair, it almost worked as the Canaries could have scored twice early doors to take advantage of a sluggish start by the new European champions. Ultimately, a total inability to defend anything coming into their box left them four down at half-time . Gary Neville feared the worst on Sky. However, Norwich ‘won the second-half 1-0’ after Roberto Firmino somehow failed to make it five and Liverpool stepped off the gas. Our knee-jerk reaction was to write Liverpool off.

Manager Daniel Farke said: “We were greedy, we wanted to be the first team in two-and-a-half years to win here.” Realism never crossed his mind. All season.

‘We have to stick to our beliefs’

Daniel Farke adamant that Norwich won’t change their style of play despite 4-1 thrashing at Liverpool in Premier League returnhttps://t.co/gLWzOKmB74 pic.twitter.com/2CFHw6nGUL

* 2010/11: Chelsea 6 West Brom 0
Despite receiving a generous ovation from the Stamford Bridge faithful, former Blue Roberto Matteo’s return went as flat as a hawthorn-spiked balloon as his newbies were thumped by a Didier Drogba hat-trick. Carlo Ancelotti’s champions were all over the Baggies. However, the promoted side lost only one of their next eight, beating Arsenal at the Emirates and drawing at Old Trafford. They eventually finished 11th. Di Matteo left in February, replaced by that safe pair of hands Roy Hodgson, who had just made Liverpool into a mid-table punchbag.

* 2010/11 Wigan 0 Blackpool 4
The Tangerines’ first return to the top flight since 1971 could not have gone more juicily. Quirky boss Ian Holloway had suggested pre-match that his team would struggle to stay in the Championship let alone the EPL. “I’m so proud of these boys,” said Holloway. “Some of them only shipped up this week and I had to introduce everybody to each other.”

Marlon Harewood scored twice, and the Seasiders were on top of their pier before crashing back down to earth with a six-goal thrashing at the Emirates the very next weekend. Despite beating Liverpool home and away, they fell back into their natural habitat – the Championship – after conceding a whopping 78 goals by May.

Delighted for Ian Holloway. This is what he left at Anfield after Blackpool played there a while back. pic.twitter.com/ZpitSs9P1A

* 2017/18 Crystal Palace 0 Huddersfield 3
The Frank de Boer experiment at Crystal Palace was surely doomed after this opening-day disaster against David Wagner’s Championship Terriers. Selhurst Park was aghast as Steve Mounie scored two goals with Palace struggling to implement De Boer’s three centre-back system. Wagner called his team the biggest underdogs in Premier League history. They finished 16th, saving themselves with admirable draws at Manchester City and Chelsea. After celebrating survival in the penultimate game at Stamford Bridge with travelling fans, Wagner showed he was no rock ‘n’ roll Klopp: “We have cancelled the flight and will go home by coach.” Yorkshire and Germany meet in one man.

* 2002/2003 Leeds United 3 Manchester City 0
Ah, the early Millennium years saw some crazy loony toons. And we are not talking Robbie Williams. Leeds, now managed by Terry Venables on the last lap of his managerial career, were falling apart financially and on the pitch after reaching the Champions League semi-finals two years previously. Manchester City had scrambled back into the Premier League after dropping to the third tier in 1998 (Nicky Weaver, Gillingham and Wembley, anyone?). Kevin Keegan was at the helm, and, as usual, he was looking in one direction: “We had a lot of chances – we’ve hit the post, we hit the bar late on and the keeper’s made four very good saves.”

Meanwhile, at the other end they conceded three. Still, with Nicolas Anelka in the ranks, City eventually managed to get into the top half.

* 2000/2001 Charlton Athletic 4 Manchester City 0
Having been relegated in 1999, avuncular Alan Curbishley got the Addicks back to the Premiership stronger than ever. The London club had gone up with 91 points while City finished runners-up. The visitors gave debuts to their big-name strike force, George Weah and Paulo Wanchope but there was only one team in it as Charlton’s teen striker Kevin Lisbie outshone them both. That season, their home form at the Valley was superb, with just three defeats in 19 and memorable wins against Arsenal, Chelsea and Tottenham – as well as a 3-3 draw with eventual champions Manchester United. While Curbs flourished, City went straight back down. Joe Royle moaned: “At times we looked like strangers.” That was certainly the case with Weah who had his contract terminated just 10 weeks after joining the club.

* 2001/2 Leicester City 0 Bolton Wanderers 5
Bolton Wanderers were the favourites with many of the bookmakers to be relegated at the start of the 2001-2002 season. Enter Sam Allardyce (aka ‘Super Sam Bionic Man’ to the Bolton fans). His side had been promoted to the Premier League via the play-offs and unlike fellow risers Fulham and Blackburn, had spent a whopping £650,000 on – wait for it, Henrik Pedersen from Danish outfit Silkeborg. Sam liked his Scandinavians.

Despite this summer transfer window from hell, the Trotters were 4-0 up by half-time at Filbert Street. Teenager Kevin Nolan, an eventual certified Allardyce lieutenant. scored two of them. Leicester sacked poor Peter Taylor a month later and were relegated. Bolton reverted to battle mode thereafter but survived for the first time in their Premier League history, ending the season in 16th.