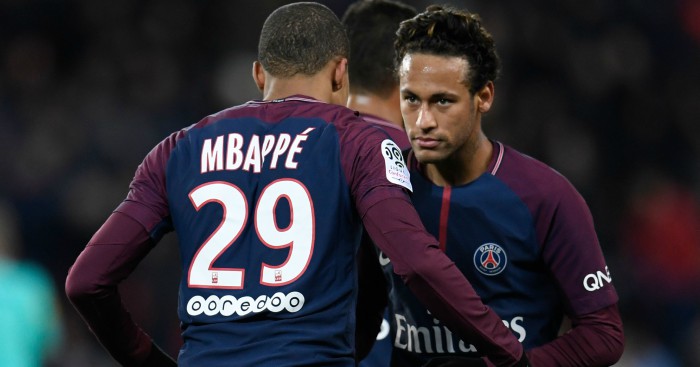 It’s that time again, when Daniel Storey looks stupid by staring into a broken crystal ball and picking out some bets for the World Cup. Our World Cup predictions will be along this week too…

Romelu Lukaku to win the Golden Boot – 18/1
I’ll start by being a parody of myself and picking out Lukaku for a bet, but there is logic as well as blind love on show here. Lukaku has scored six goals in his last five matches for Belgium, where he is the central striker behind a wonderful collection of creative midfielders. Kevin de Bruyne and Eden Hazard are likely to provide chances galore against Panama and Tunisia.

With each-way odds offered for four places, Lukaku probably only needs four goals in the tournament to place. There’s every chance that if Belgium play well he could do that in the group stage alone. Add in the likely two knockout matches that Belgium will manage, and the price looks great to me.

Uruguay to be the highest-scoring team – 28/1
A speculative shout of course, but I think there is value here. Uruguay’s price to win the tournament halved after their group stage draw, and in Russia and Saudi Arabia they have the two lowest-ranked teams in the World Cup in the same group.

Uruguay aren’t going to win it, but they might well score plenty of goals, even considering Oscar Tabarez’s hardwired pragmatism. Only Brazil scored more goals in South American qualifying (13 more than Lionel Messi-led Argentina), and Luis Suarez and Edinson Cavani will be giddy with excitement about facing those Group A defences.

Uruguay do probably need to reach the semi-finals to have a chance here (meaning they play seven full matches), but given that they are 4/1 to do that but 28/1 to be top scorers, it stands out as an excellent price for small stakes.

Andres Iniesta to win the Golden Ball – 40/1
The World Cup loves a fairytale, but this is cold, hard logic. Spain are as short as 5/1 to win the World Cup, their midfield is the best part of their team and Iniesta was named in the Team of the Tournament at major tournaments in 2008, 2010 and 2012.

Having left Barcelona with such emotional fanfare and likely to quit international football straight after Russia, 40/1 feels far too long a price for him to win the Best Player gong.

If you want a shorter-priced shout, Neymar is the favourite at 8/1 and I think that is an excellent price too. Messi is the only one close to him in the odds, and I don’t see Argentina getting far enough to justify that.

The toughest opposition to stop them reaching that stage are most likely to be Portugal or Uruguay (for France), Argentina (for Spain), Belgium (for Brazil) and England (for Germany). None will be easy, but the Big Four do feel like they are ahead of the chasing pack. The 33/1 about all four making it therefore looks very tempting indeed.

NB – You can swap out Spain for Argentina for the same price. I wouldn’t.

Kylian Mbappe to be France’s top scorer – 13/2
The top team goalscorer market is usually best reserved for the weaker teams in the competition. If a country is only likely to score one or two goals, you can get great odds by finding an attacking midfielder in good goalscoring form (a good example here is Alex Iwobi for Nigeria at 6/1).

But I’m making an exception for France, because I think Mbappe’s price is way too high. He has three goals in his last four France games and could well start as a retro-looking inside forward with Antoine Griezmann next to him and Olivier Giroud ahead.

Griezmann is the obvious favourite in the market (hovering just above evens), but given that Mbappe is as short as 25/1 to be top scorer in the whole tournament, 13/2 to outscore every other French player is a great price. You get paid out half odds on any ties.

Senegal to be the top African team – 9/4
The ‘top country from continent market’ is intriguing. Mexico to be the top North American team is an absolute cert at 4/9, while it’s hard to look past Brazil in South America at evens. But I’m going with Africa, where Senegal are the market favourites but at an appealing 9/4.

Nigeria and Morocco are probably better teams than Senegal, but both have difficult groups with two better teams contained within them. So too are Egypt, but Mohamed Salah’s lingering injury puts me off them. Senegal have a gentle-ish group that they are only a touch above evens to qualify from. That might well be enough to win them this 9/4 market.

Germany/Mexico to finish first and second in Group F – 2/1
It’s hardly bold to pick Germany as the winners of Group F, but second place in that group is less secure. Sweden did brilliantly to eliminate both Italy and Netherlands in qualifying, but I think that they in Russia for a good time rather than a long time.

Mexico are perennial qualifiers for the last-16 stage, having done so at each of the last six World Cups – a record only Brazil and Germany can match. Given the talent in their team (Hirving Lozano, Hector Herrera, Miguel Layun) and Javier Hernandez’s know-how, I make Mexico a comfortable favourites to qualify ahead of Sweden. That then makes the 2/1 straight forecast too good to miss.