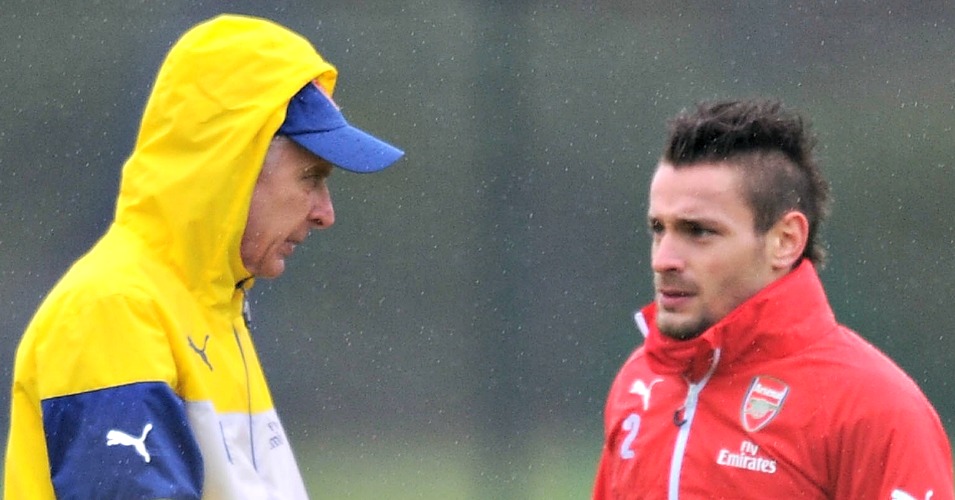 Mathieu Debuchy
Two summers ago, Mathieu Debuchy was a £12million footballer, widely considered to be one of the finer right-backs in the division. His form for Newcastle impressed Arsene Wenger enough to entrust his compatriot with two of the most important roles in his squad: Ripping the No 2 shirt from the ravaged corpse of Abou Diaby, and replacing Manchester City-bound Bacary Sagna.

It did not go to plan for the 30-year-old Daniel Storey impressionist. Debuchy played 15 games in his first campaign with the Gunners, with first injury, then the emergence of a younger, fitter, faster, more Spanish and, frankly, better alternative in Hector Bellerin hampering his game time. Firmly back-up right back at the start of the season, Debuchy sought solace in his home country by January after featuring just seven times. A loan spell with Bordeaux has hardly heralded the sort of form which will have France coach Didier Deschamps drooling as he names his squad for this summer’s European Championship. Debuchy has started six games for Bordeaux, of which they have won one, lost three and conceded 12.

Mario Balotelli
“What I want is certainly to stay at Milan. I was not happy at Liverpool and I do not want to go back there. I’ve been doing well in my last two games, there are another six for me to prove myself” – Mario Balotelli, April 17.

The feeling, one reckons, is very much mutual. Jurgen Klopp has impressed at Liverpool since being appointed manager in October of last year, but we were never likely to witness Mario Balotelli, front and centre, Gegenpressing the sh*t out of the Premier League. Maybe his record of three goals in 18 games at Milan, after a season at Anfield in which he scored four goals in 28 games, will convince Klopp that he, not Daniel Sturridge, not Divock Origi, not Steven Caulker, can lead the line?

You can file Nick Powell in the ‘failures’ folder. Signed from Crewe as an 18-year-old, Powell arrived with promise, but has delivered little. The Englishman started this campaign at Old Trafford and even played in the Champions League – bless Louis van Gaal – but embarked on his third loan spell of his United career when joining Hull. He has played five games and not scored a single goal with the Championship side. Jose Mourinho will love him.

Papy Djilobodji
Speaking of Mourinho, the former Chelsea boss captured the imagination of transfer deadline day last summer when, after failing to land John Stones and not being backed sufficiently to sign another defender, he resolved to purchase Michael Hector of Reading and Papy Djilobodji of Nantes. Hector was loaned straight back to the Championship in order to aid his development, but Djilobodji, 27 and signed on a four-year contract for £4million, remained. The next day, the centre-half was not named in Chelsea’s 25-man Champions League squad. Papy’s Fun House did not even last 24 hours.

The Senegal international played just 59 seconds of a Capital One Cup third-round tie against Walsall before departing in January. Werder Bremen were 16th when they signed Djilobodji on loan, with 15 points from 17 games. They had conceded 32 goals. Enter Papy. Three months later, Bremen are 16th, have 16 points from the subsequent 13 games, and have conceded 29 goals in that time. Call it the Djilobodji effect.

Federico Fazio
Spurs fans will cherish the current central defensive partnership between Toby Alderweireld and Jan Vertonghen, and rightfully so. The two Belgians have been imperious this season, and are regular members of the best defensive record in the Premier League.

How times have changed. Alderweireld joined in the summer but, before his arrival, White Hart Lane was hardly a haven for defensive reliability. Vertonghen’s most regular partner in 2014/15 was one Federico Fazio, the man slower than time itself. That the Argentinean started 20 games and Spurs conceded more goals than relegated Hull is a mere coincidence. As is the fact that title-challenging Spurs have allowed 25 goals this campaign – with Alderweireld – and 53 last season – with Fazio. A red card and three games with no wins at Sevilla is unlikely to convince Mauricio Pochettino he has a future in north London.

As good as Southampton are at selling players, they have a slightly patchier record when buying them. Club-record purchase Dani Osvaldo was signed for £12.8million in 2013 and was released two years – and three goals – later. Juanmi and Jordy Clasie have flattered to deceive. And Gaston Ramirez, once signed for £12million, is currently plying his trade in the Championship. Middlesbrough are thought to be keen to sign the striker permanently if they can secure a return to the Premier League this season. Ronald Koeman will not shed a tear.

Aiden McGeady
“We can already see he’s a phenomenal player,” was Roberto Martinez’s description of Aiden McGeady in February 2014. The Spaniard has said some silly things, hasn’t he? Winger McGeady joined the Toffees from Spartak Moscow a month prior, arriving to much fanfare. He has since played 43 games, scoring one goal. After making just one appearance, coming in the Capital One Cup, this season, the Irishman left to join Championship side Sheffield Wednesday on loan. One cannot hold out much hope for a future at Goodison Park.