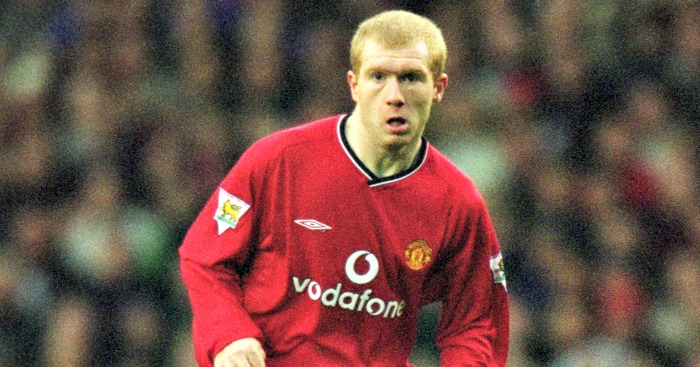 After Slaven Bilic’s claim that Dimitri Payet is refusing to play for West Ham and wants to leave, we bring you seven more who threw a bit of a tantrum.

“Looking back, I should have waited until the end of August. But would they have sold me then? I don’t think so. People said I went on strike because they sold some players – that was another reason, but it was not the main reason” – Pierre van Hooijdonk, 2016.

The main reason, as Pierre van Hooijdonk would put it, for his decision to go on strike at Nottingham Forest in 1998 was “broken promises” made to him by the club. They had promised to sell him in the summer of 1998 if he helped them earn promotion from Division One. He did just that, but the club went back on their word, before selling Kevin Campbell to Trabzonspor for £2.5m. Forest had also told the Dutchman that they would strengthen the club in pre-season – another “broken promise”.

Van Hooijdonk would eventually return to the first team by November, but the damage was done. Even when he scored an equaliser against bitter rivals Derby in his third game back, his teammates opted to celebrate with Scot Gemmill, who had provided the cross, instead of him. He would finally leave in the summer.

“When the coach gave his team talk, Sebastien was starting, then, I do not know what happened, with the coach or Monchi [Sevilla’s sporting director], but there was a change in the line-up. Later, we knew Sebastien refused to play. I am personally a little surprised, but these are things that happen in football. I guess he wanted to leave” – Sevilla defender Julien Escude, 2010.

How Arsenal fans must have been delighted when Sebastien Squillaci, in an attempt to aid his protracted move to the Emirates Stadium, and ensure he was not cup-tied for the Gunners, refused to play for Sevilla in 2010. The Spanish side were preparing for a Champions League qualifier against Braga when Squillaci withdrew from the side hours before kick-off.

“I didn’t like the fact that Squillaci didn’t want to play but the circumstances turned out that way,” said manager Antonio Alvarez, who named the Frenchman in his starting line-up.

Not that Squillaci was bothered: “I knew if I played against Braga then I would not have been able to play for Arsenal in the Champions League.” So there.

“We had a player in Berbatov who had refused to play two games for us, having a detrimental affect on the dressing room” – Daniel Levy, 2008.

Poor Daniel Levy, who for once had to concede defeat and allow Dimitar Berbatov his contentious exit from Tottenham in 2008. The Bulgarian featured as a second-half substitute in the club’s first game of the season against Middlesbrough; it was to be his final match for Spurs.

Levy spent most of the summer demanding £30million from Manchester United for his prized asset, but Sir Alex Ferguson’s hand was only forced when Manchester City, fresh from being taken over by the Abu Dhabi Group, entered the fray. Berbatov had taken a flight to Manchester to agree terms with City after they met Tottenham’s £34m asking price. Ferguson, the charming kidnapper that he is, whisked the Bulgarian away when he arrived, despite Tottenham not having granted United permission to talk to the player.

Spurs had to eventually cave and allow him to move to Old Trafford. It’s no wonder Ferguson once described negotiations with Levy as “more painful than my hip replacement“.

“He refused to come on the pitch. What I said to Carlos is between me, him and the team [but] I am really disappointed because it is Carlos. I decide the changes.”

It was during a Champions League group-stage clash with Bayern Munich in September 2011 when Carlos Tevez ignored Roberto Mancini’s orders and refused to come on as a substitute for Manchester City.

The player’s take was a little different – “There was some confusion on the bench and I believe my position may have been misunderstood” – but the damage was done. Tevez was fined £500,000 by the club and placed on gardening leave, which turned out to be a four-month spell of playing golf in Argentina. He returned to the open, welcoming arms of Mancini – City were losing a title race to Manchester United at the time – and marked his return with an assist in a win over Chelsea in March.

“I was hacked off at the situation and couldn’t let it drop so I phoned him up. I wasn’t aggressive in my tone. I kept my composure and remained factual. I made it clear. I wouldn’t play in the B game” – Chris Sutton, 2011.

It seems bizarre to think now, considering his current status as ‘official annoyed pundit‘, but Chris Sutton was once one of the country’s leading strikers. Unfortunately for the Norwich, Blackburn and Chelsea man, his best form came in the era of Alan Shearer, Les Ferdinand, Teddy Sheringham, Robbie Fowler and a young buck by the name of Michael Owen. As a result, he was named in an England ‘B’ squad in the build up to the 1998 World Cup, but rejected the opportunity to impress manager Glenn Hoddle.

‘Before the first game of the season against Manchester City, when only four defenders were available and John Terry was doubtful with an injury, he refused to play.’

What separates this example from the rest is that it was not an individual to make the accusation against William Gallas, but a club. Chelsea were moved to issue an official statement regarding the Frenchman in the summer of 2006, adding that he had threatened to score own goals if he was chosen to play.

‘He initially refused to play against Liverpool in the FA Cup semi-final last season in an effort to force an increased contract offer,’ the club would add. ‘As is now well-documented he refused to join up with the team in Los Angeles during pre-season, despite agreeing the dates for his return as the other World Cup players did, with the club.’

Gallas refuted the claims, expressing his “shock” and “surprise” that a team managed by Jose Mourinho could go to such lengths to denigrate a player. It presumably had nothing to do with the defender moving to Arsenal just a few days before.

“I don’t know why I did what I did in 2001, but it is something I really regretted doing. I wasn’t in a great mood. I had been left out the Liverpool game the previous weekend and I knew that the team going down to Arsenal in the cup was basically a reserve side” – Paul Scholes, 2011.

While Messrs Van Hooijdonk, Squillaci, Berbatov and Tevez refused to play for their clubs to force moves, and Sutton turned down the chance to play for England reserves due to the bruising of his ego, Manchester United legend Scholes once pulled out of a game because he was having a bit of a tantrum. United had an upcoming fixture against Arsenal in the Worthington Cup in November 2001, but faced Liverpool in the Premier League a week prior. Scholes played just 13 minutes of that game, and knew his fate was sealed: He would have to play alongside the kids in the cup. He refused, and was fined.