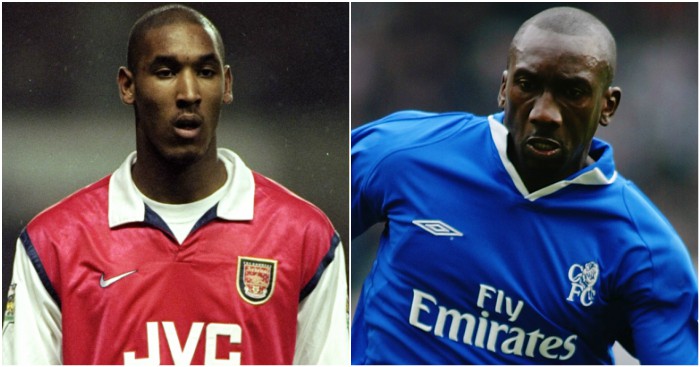 The criteria: all players who left the Premier League on a permanent deal, before returning elsewhere and making a better fist of it…

Kevin De Bruyne
One of the most commonly used sticks with which to beat Jose Mourinho, De Bruyne was given all of nine games at Chelsea during 2013-14, during which he failed to score a single goal, before being flogged to Wolfsburg. At a tidy £12million profit for the Blues, it must be said.

Not as tidy, though, as the £40million-plus that Wolfsburg made on the Belgian in just 18 months. But, with 23 goals and 36 assists in 90 games, De Bruyne has shown himself to be worth every penny of the £55million City forked out to bring him back to the Premier League. And he’s only going to get better.

Cesc Fabregas
The Spain midfielder was a huge success after breaking into the Arsenal team in 2005 but Fabregas won only the FA Cup in seven seasons before his inevitable return to Barcelona in 2011 for £29million. After three years back ‘home’, Fabregas was looking for a more prominent role, and 12 months on from leading David Moyes and Ed Woodward down the garden path, the then-27-year-old returned to London with Chelsea.

Even though he cannot hold down a first-team place under Antonio Conte – a situation the manager claims keeps him awake at night – two titles and a League Cup makes his second spell in England more successful, even if his first was probably more significant.

Nicolas Anelka
The France forward came back not one, not twice but three times during the course of his career. Though Anelka has admitted regrets about ever leaving in the first place. Understandable when you hear why he chose to move on.

“When I started the season, there was a poll because I had taken the place of Ian Wright. I thought the fans really wanted it to be me and were pleased with me. But seeing the result in the papers and on TV hit me hard because I had the feeling I had done things for nothing. I thought, ‘So that’s how it is. This is how you thank me. Okay, now you watch what is going to happen. I am going to play, score my goals and just when you are saying Anelka, Anelka, that’s when I’m going to leave.’ And that is exactly what I did because I was furious with them.”

A haul of 26 goals in 76 appearances earned the rapid forward a move to Real Madrid, from where he moved to PSG. His first return, a loan move to Liverpool, ended in another premature exit, before Anelka settled at Man City where he notched 45 goals in 95 matches. After three seasons at City, he was due a transfer, which took him to Turkey. Then followed his longest and most successful spell in the Premier League, with a season and a half at Bolton earning him a chance at Chelsea, which became the only club for whom Anelka made over 100 appearances for.

Even after leaving England again, there was to be one final return, coming back from Shanghai Shenhua to play for West Brom. After 12 appearances and an almighty storm over his use of  ‘quenelle’ gesture, he was finally gone, bringing down the curtain on a 12-club career.

Marcos Alonso
After joining Bolton from Real Madrid as a teenager, Alonso played sporadically before becoming a regular following the Trotters’ relegation to the Championship. His form at The Reebok led to a move to Fiorentina, where he impressed after establishing himself in the first team following a spell on loan at Sunderland.

Despite being a success in Serie A, Alonso’s £24million switch to Chelsea still raised plenty of eyebrows, but he was an immediate success at Chelsea. His entrance at the Emirates for the final 35 minutes of a 3-0 defeat heralded the start of Conte’s switch to a back three. As left-wing-back, the 26-year-old was up and down the line like a train, scoring six goals as Chelsea eventually cruised to the title.

Jimmy Floyd Hasselbaink
The Dutch striker was hugely popular at Elland Road after scoring 42 goals in 87 games between 1997-99, but Hasselbaink stepped it up a level during a single season at Atletico Madrid, where he notched 33 goals in 43 appearances for the Rojiblancos. That haul, however, wasn’t enough to keep Atletico in the Primera Division. A relegation clause in his contract opened the door for Chelsea, who paid a then club record fee of £15million.

Despite finishing as the Premier League’s Golden Boot winner at the end of his first season and just one goal behind Thierry Henry the following year, Hasselbaink failed to win any honour at Chelsea other than the Charity Shield. During his time in England, taking in further spells at Middlesbrough and Cardiff, the striker finished as a runner-up in the Premier League, FA Cup twice, and UEFA Cup.

Shkodran Mustafi
The German defender joined Everton as a 17-year-old from Hamburg, but after just one substitute appearance in the Europa League asked David Moyes for more game time or a transfer.

So, the centre-half was packed off to Sampdoria on a free, where he gradually established himself as a first-team regular. Two and a half years later, in 2014, Mustafi made Samp an €8million profit when he was sold to Valencia. It was a wise investment, with Los Che making around £30million on the centre-back in two seasons, during which time Mustafi made the step up to the senior Germany squad.

As the seventh-most expensive defender of all time, Mustafi underwhelmed during his first season at Arsenal but did just enough to suggest he could be worth remaining patient with.

Mame Biram Diouf
The Senagalese striker was signed by Manchester United during the summer of 2009 when Cristiano Ronaldo was sold and Carlos Tevez departed, while in their place came Antonio Valencia, Gabriel Obertan and Michael Owen. Diouf remained at Molde until the following January, when he took Tevez’s No.32 shirt.

The centre-forward at least managed a goal during his nine games in the United first-team, grabbing the all-important, injury-time third goal in a 3-0 win over Burnley. A season on loan at Blackburn, during which he scored three goals, failed to ripen the 23-year-old enough for Ferguson’s first team, and he was sold to Hannover for an undisclosed fee in January 2012.

However, in two and a half seasons in the Bundesliga, Diouf notched 35 goals in 71 games which convinced Stoke to take a punt on the free agent. Under Mark Hughes, Diouf has made 87 Premier League appearances, including 55 starts, in which he has notched 17 goals.