Home Chelsea Seven stars who returned to clubs who rejected them 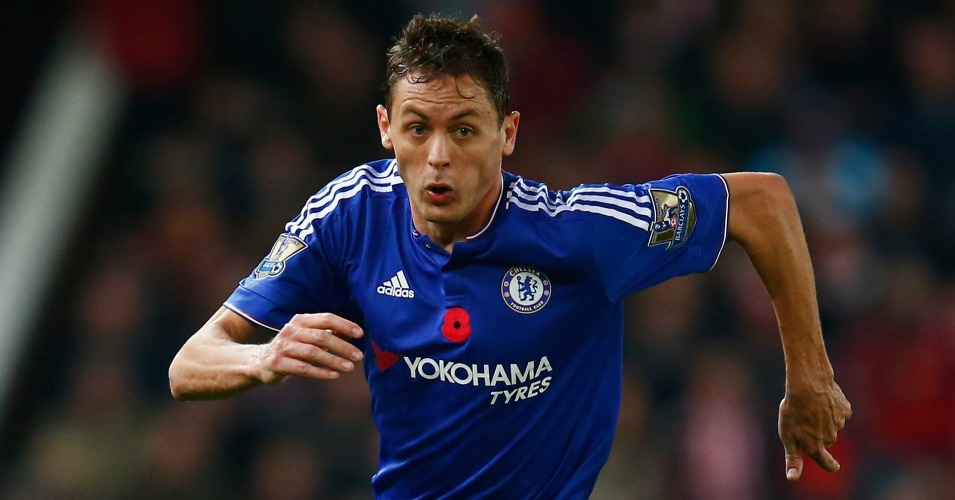 Alan Shearer
How different things could have been. The Premier League’s all-time record goalscorer did not even start his career as a striker, instead opting to play in midfield as “it meant [he] could get more involved in the games”. Alright, Wayne Rooney. But Alan Shearer, he of 260 league goals from 1992 to 2006, and with a 67-goal gap on his nearest challenger Rooney, did not even begin his Newcastle love affair with his feet.

It may be hard to believe, but the icon struggled to find a club in his teenage years. According to the BBC, he had already been rejected by four separate clubs before landing at Southampton in 1986:

‘By then, the young striker had been turned down by West Bromwich Albion, Sunderland and Manchester City,’ they claim.

‘Worse still, his home-town club Newcastle offered him a trial but then put him in goal.’

Kevin Phillips
A small man, is Kevin Phillips. And to continue the theme of lethal strikers whose careers almost disguised their true talents early on, he was once a diminutive right-back. As he told the Birmingham Mail in 2008:

“I was a centre-forward but Southampton gave it the old ‘you weren’t big enough, you’re a late developer, get yourself at right-back for two years.

“If they had decided to sign me as a professional at right-back then I probably wouldn’t be where I am now because my route ahead would have been in that position.

“I owe a lot to my old manager at non-League Ian Allinson who gave me a game up front at Baldock and I never looked back after that.

“I didn’t play too many games at right-back in non-League but then we were struggling for a centre-forward one game and I put my hand up and said I’d have a go because that is what I always wanted to do.”

Phillips scored twice in that game for non-league Baldock Town, for whom he signed after leaving Southampton in 1991, and was used as a striker ever since. After impressing in subsequent spells at Watford and Sunderland, he would return to Saints for a fee of £3.25m in 2003 following the club’s relegation from the Premier League.

Nemanja Matic
For some players, their lowest career moment is scoring a crucial own goal, or making a decisive mistake in an important match. Some recall particular events with derision; others have consigned whole seasons to the back of their mind. For Nemanja Matic, his most ignominious moment came when he acted as a makeweight in order for Chelsea to sign David Luiz. The Blues offered the Serb plus £21m to sign the Brazilian defender in 2011, bringing to an end Matic’s love affair with loan spells at Vitesse. He would be headed the other way, to Portuguese giants Benfica.

There, Matic resurrected his career. He had been a playmaker in London, but became an authoritative defensive midfielder in Lisbon. He won a league title and a Europa League runners-up medal in three years, before Chelsea returned, cap in hand, throwing another £21m at Benfica, and apologising profusely to the 27-year-old they had cast aside.

Leighton Baines
Much like any club, Everton have released their fair share of youngsters before being made to regret the decision. Shkodran Mustafi, 20, was let go in 2012; two years later, he had won the World Cup with Germany. Joey Barton, 14, was cast aside as a schoolboy; a decade later, he would show his literal bare arse to the Toffees’ fans as a Manchester City player. And who could forget Lukas Jutkiewicz, who joined the club aged 18, made one first-team appearance, then left in 2010 to realise his potential as a bonafide goal machine?

Leighton Baines can be considered among those names. The left-back had a trial with Everton at 14 but was, of course, rejected due to his size. He contemplated his future, before finally being given a chance by Wigan. Five seasons in the first team followed, as the Latics rose from Second Division to Premier League. His reputation simultaneously soared, and Everton returned in 2007, begging to be given a second chance, asking Baines’ friends to please leave it between them, refusing to vacate the premises, and then being arrested on charges of harrassment.

As an aside, current club captain Phil Jagielka suffered a similar fate. Then a midfielder, the future England international spent time in Everton’s academy as a youngster, before joining Sheffield United in 1998, aged 15. Nine years, £4m and countless last-ditch tackles later, and he was back at Goodison.

Alvaro Arbeloa
Considering Alvaro Arbeloa has played for only three clubs during his 14-year professional career, it is somewhat impressive that he managed to fit in a return to the one who rejected him at the start of it all. The Spaniard joined Real Madrid aged 18 in 2002, but instantly became a mainstay – and eventually captain – of reserve team Castilla. He made just two La Liga appearances in four years before joining Deportivo for free.

The Spanish right-back spent six months with La Coruna, before Rafael Benitez, Liverpool and regular Champions League football came calling in 2007. Two years in England had boosted his reputation, and generated interest from a particular admirer. Manuel Pellegrini was sufficiently impressed, and Arbeloa returned to Real in a £5m deal in 2009, finally being handed the first-team berth he had so craved for years.

Nicolas Anelka
Luis Fernandez has a mixed relationship with the Paris Saint-Germain faithful. The Frenchman is the club’s most successful coach in their pre-Qatar investment days, winning five trophies in two spells comprising five years, but he is also the man responsible not only for alienating and dropping Ronaldinho, but for spending £22m on Nicolas Anelka.

The deal is a difficult one to fathom. PSG had sold the happy-go-lucky barrel of laughs forward to Arsenal in February 1997 for a fee of only £500,000. He scored 23 goals in 65 games as a teenager in the Premier League, piquing the interest of Real Madrid. Eighteen months after he moved for a six-figure sum, Real Madrid spent £22m to bring the Frenchman to Spain.

What Fernandez saw in Anelka’s one-year tenure in La Liga is tough to decipher. The then-21-year-old started the Champions League final victory over Valencia in 2000, but had scored two goals in 19 league games. Still, Fernandez, the man who ‘hated Ronaldinho’s guts‘, was immensely critical of his infamously “problematic” lifestyle, and oversaw his eventual departure from the French capital, felt £22m was a fair price for a forward the club had sold for next to nothing three-and-a-half years before.

Peter Crouch
A striker who has cultivated something of a reputation for denouncing critics throughout his career, Peter Crouch also enjoyed two separate spells at two different clubs. On both occasions, the Stoke forward had been sold as a wiry but limited striker, before returning as a fully-fledged England international with Champions League experience, a loose grasp of the workings of a robot, and adept feet for an exceptionally large gentleman.

It would be wrong to suggest Portsmouth ‘rejected’ Crouch in his youth. He spent one season at Fratton Park – 2001/02 – scoring 18 goals in 37 First Division games for the club, before being sold to Aston Villa for £5m. His sale was a natural one; he was not forced out. And he would return six years later, joining Portsmouth from Liverpool for £11m. Again, he would last only one season before being moved on.

It was the club he moved to after his second Portsmouth spell who had rejected him in his formative years. Tottenham parted with £10m to sign the striker in summer 2009, and Crouch would inspire them to a fourth-placed finish in his first season, and subsequently successful Champions League campaign in his second. But he had already grown accustomed to the surroundings at White Hart Lane. He had joined the club as a 15-year-old in November 1994, signed a professional contract in July 1998, and was sold two years later, having not made a single first-team appearance. The price QPR paid to sign him? £60,000.