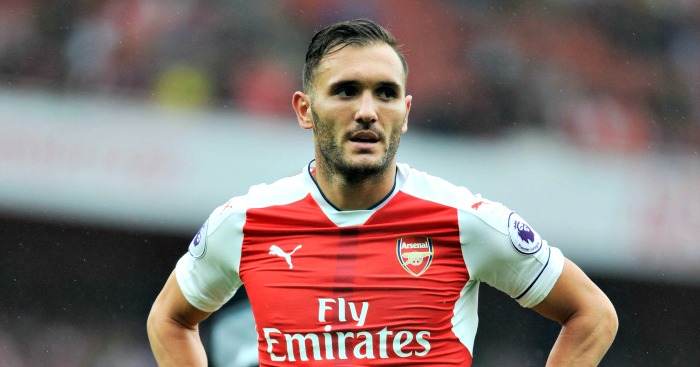 Lucas Perez
Not one to sidestep the big issues, Ian Wright captured the general Arsenal feeling of Lucas Perez in September. “Arsenal need a striker,” he said. “I thought we would see someone more direct. Hopefully that will happen. It seemed to me that he’s a winger.”

The £17million summer signing from Deportivo La Coruna had just made his debut as a substitute against Southampton, where he registered zero shots on target, completed just 18 passes, and looked rather out of place in a confident, expressive Gunners attack. Almost two months later, little has improved.

It’s not exactly the fault of Perez, who was the next number in Arsene Wenger’s phone after Jamie Vardy kept refusing the Frenchman’s calls. No-one foresaw Alexis Sanchez becoming a potent centre-forward, no-one imagined Theo Walcott would be quite so brilliant, and no-one believed Messrs Iwobi and Oxlade-Chamberlain would compete so effectively for a left-wing berth. All three scenarios have come to pass at once, and the injured Perez has been the most notable victim.

Enner Valencia
On the surface, Everton’s transfer deadline-day swoop for Enner Valencia seemed smart. A forward with Premier League experience and a versatility allowing him to offer competition as a centre-forward and on either wing, a loan deal was considered by some as astute business from Ronald Koeman.

Others, of course, questioned just why the Toffees should be content with their business when West Ham were all too keen to offload the Ecuadorean, even if only on a temporary basis. The Hammers had signed Valencia for £12million in summer 2014; he scored eight goals in 54 Premier League games. Romelu Lukaku was hardly panicking over his first-team place.

And nor should he have. Of the 247 minutes of Premier League football Valencia has played this season, just 34 minutes have come at Everton. The other 213 were at West Ham – who he left in August.

Considering their current placing of 17th in the Premier League table, one would be forgiven for forgetting the summer escapades of the Hammers. Davids Gold and Sullivan made no attempt to hide their desire to sign a striker. Alexandre Lacazette was first. Then it was Jamie Vardy. Then Zlatan Ibrahimovic. Then Carlos Bacca. Each target rejected the move, before it was decided that Simone Zaza would be a the best alternative.

..and then sometimes Simone Zaza's penalty from the Euro's pops into my head and I have a good long giggle about it and I'm happy again.

The Italian of hilarious penalty fame is no chancer; he scored a relatively respectable eight goals in 24 games for Juventus in 2015/16, and boasts a Serie A winner’s medal as a result. But we cannot fail to be entertained by the fact he has registered one single shot on target in 432 minutes of Premier League action.

Lys Mousset
You know how your university lecturer or your English teacher told you to never trust Wikipedia? Well, I know precisely why. You see, the entry for Lys Mousset reads as follows:

‘Lys Mousset (born 8 February 1996) is a French footballer who currently plays for AFC Bournemouth in the Premier League.’

Mousset is a French footballer. He was born on February 8, 1996. But he does not play for AFC Bournemouth. Certainly not in the Premier League, anyway. You bloody lied, Wikipedia. I trusted you.

Signed from Le Havre for £5.4million in the summer, Mousset is the seventh-most expensive player in the Cherries’ history. He has appeared on the bench twice. I would not be able to pick him out of a line-up.

Michy Batshuayi
It looks like Nick Miller was right all along. ‘I’m also not having Michy Batshuayi as a £33million player, if things like transfer fees matter in the slightest anymore,’ he said in his Premier League predictions at the start of the season, tipping the Belgian as the potential worst signing. He mentioned Ilkay Gundogan in the same passage, but we’ll ignore that (haha, fool).

It does seem eminently harsh to include Batshuayi in the same bracket as Valencia, Zaza and Mousset, but his predicament at Chelsea is nothing he nor his manager can control. The issue is simple: The Blues play a formation with one striker. That one striker is currently Diego Costa, who leads the Premier League goalscoring charts with eight. It would take a brave man to drop the Spaniard on one of his happy days, never mind when he is outscoring everyone.

Batshauyi really could not have done much more. His seven league appearances have all come from the bench, he has not played more than 19 minutes in any one game, and yet he still has a goal and an assist to his name.

Hal Robson-Kanu
It was the transfer rumour which summed up the sheer ridiculousness of 2016: Premier League champions Leicester are interested in Europe’s hottest free agent, Hal Robson-Kanu. Football had finally jumped the shark.

After Bryan and Nwankwo’s love child left his indelible mark on the European Championship, attention soon turned to Robson-Kanu’s future at club level. He was assured a place in Wales’ history, but second-tier side Reading would not be offering him a new contract. He was free to look elsewhere. Leicester, Crystal Palace and Swansea were just a few of the clubs credited with an interest. He chose West Brom. He chose 44 minutes of football. He chose Pulis.

Stefano Okaka
Watford signed him for £10million in the summer; he has played just 12 minutes.