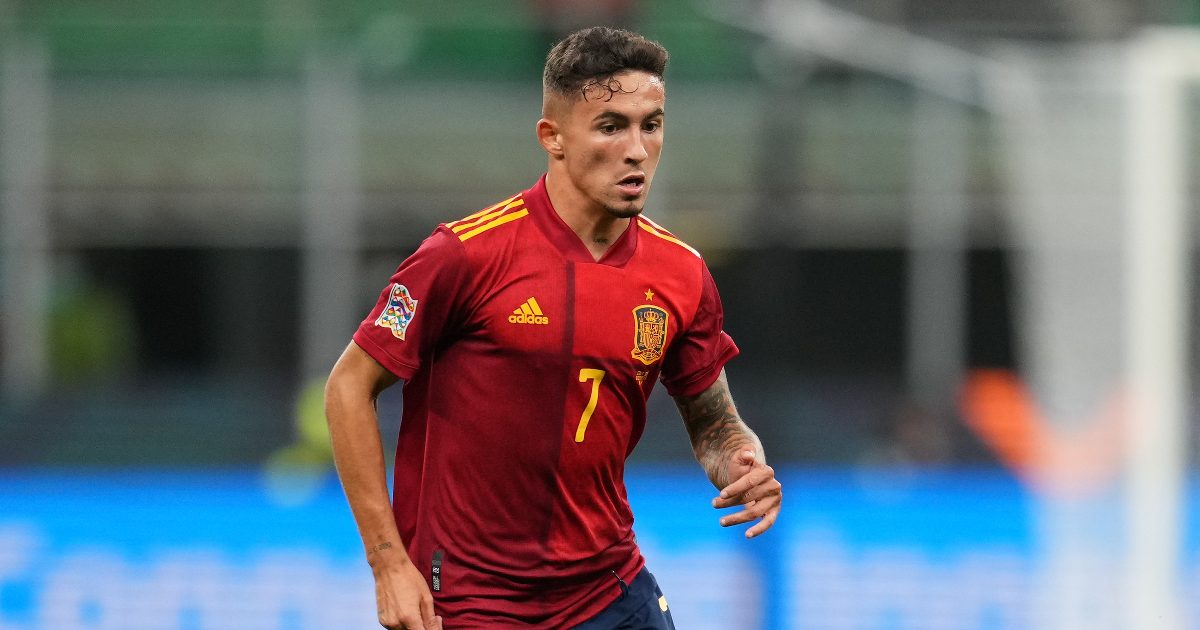 According to reports, Liverpool and Manchester City are ‘interested’ in signing Villarreal winger Yeremi Pino.

The 19-year-old has already been capped at senior level for Spain. He progressed through the ranks at Villarreal.

Pino has been an ever-present for his boyhood club over the past couple of seasons. He helped his side win the Europa League last term.

The winger has provided six goals and four assists from his 25 appearances in La Liga in 2021/22.

It was first suggested last year that Premier League clubs were interested in Pino.

Liverpool and Man City are said to be the clubs ‘more interested’ in Pino. Teams from ‘other major European Leagues’ are also ‘closely following the evolution’ of the player.

Elsewhere, Paul Merson thinks either Liverpool or Chelsea will win the Champions League after watching the League Cup final between the two sides.

The Reds ran out winners on penalties with subsitute goalkeeper Kepa Arrizabalaga blazing his crucial spot-kick over the bar after the sides couldn’t be separated in extra time.

Chelsea and Liverpool both produced good performances in an entertaining spectacle and former Arsenal midfielder Merson reckons one of them will be Champions League winners in May.

Merson said in his Sky Sports column: “I watched the game on Sunday and those two are not going to be a million miles away from winning the Champions League. They have got the best two defences in Europe and if you want to win Champions League football over two legs, you need to keep clean sheets.

“I think those teams have the ammunition going forward. People will say, ‘well, it was a 0-0’, but it was not a 0-0 game was it? It was outstanding. Great goalkeeping, great defending, good centre-forward play. Not great finishing, but it just showed me that both teams are bang in there for the Champions League.

“One of them two [will win it]. They are so good at the back. I watch Man City and they will give you a chance.