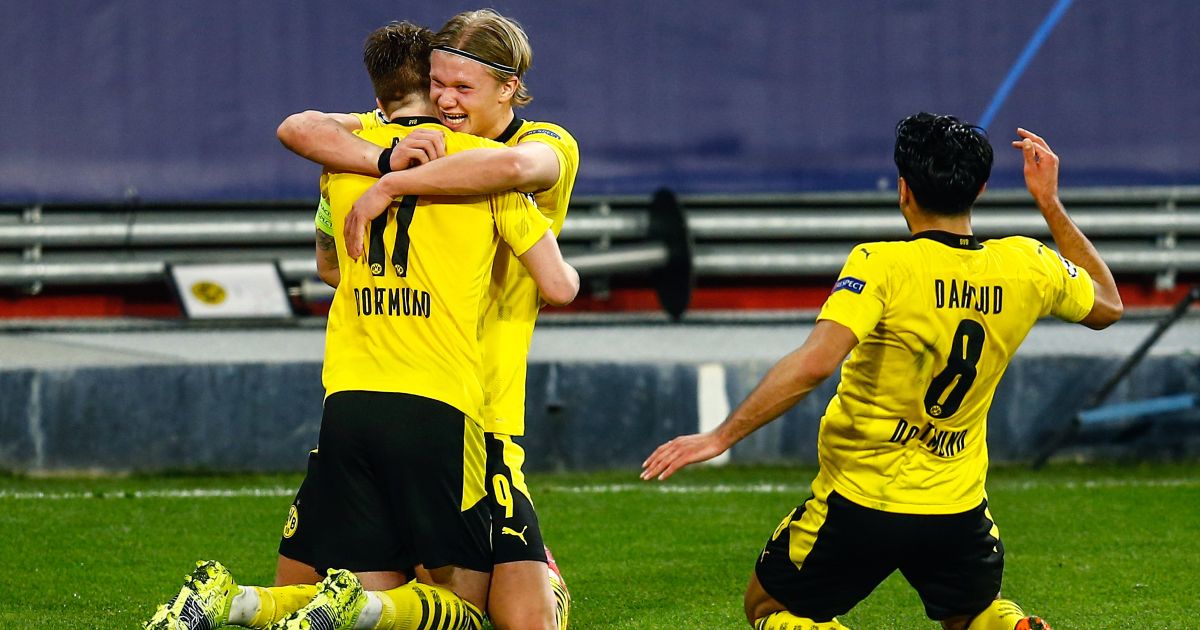 Erling Braut Haaland netted a first half brace to help Dortmund come from behind to beat Sevilla.

Porto held on for a narrow 2-1 win over Juventus.

In LaLiga, leaders Atletico Madrid were held to a 1-1 draw at Levante.

After Luis Suarez went close with a header, it was the hosts who took the lead through Enis Bardhi.

Atletico managed to level before half-time when Marcos Llorente’s strike was deflected in.

In Ligue 1, Marseille held on for a 3-2 victory over Nice.

Saif-Eddine Khaoui scored twice for the home side, after Alvaro Gonzalez put them ahead in the 14th minute.

Amine Gouiri and Malik Sellouki pulled goals back, but the visitors were unable to find an equaliser.