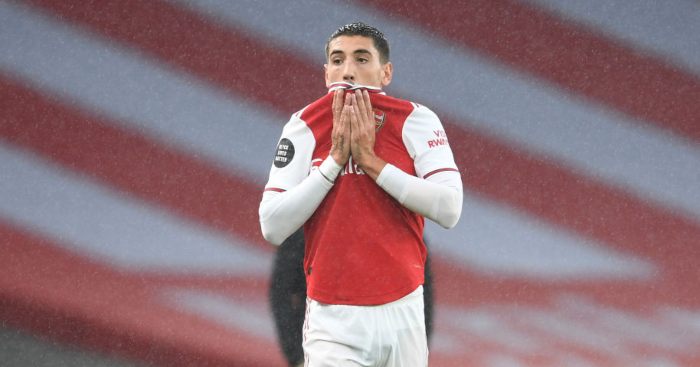 Sevilla are planning to make a move for Arsenal defender Hector Bellerin with the possibility of the Spaniard falling down the pecking order under Mikel Arteta, according to reports.

Bellerin has played 200 times for the Gunners since joining the club’s academy in 2011 from Barcelona, playing a key role and winning two FA Cups in the process.

However, the signing of Cedric Soares could now challenge his long-term place in the side with the Spain international failing to impress this campaign.

A report in the Daily Express claims that Sevilla are ‘plotting a move to take’ Bellerin back to Spain after ‘his future has come under question after Soares agreed a permanent four year deal last week’.

Juventus and Inter Milan have also shown interest in the 25-year-old with Bellerin a player that Arteta could be willing to ‘cash in on’ this summer as he looks to raise funds to strengthen his squad.

Following Bellerin’s performance in Arsenal’s 2-1 loss to Brighton last month, Tony Cascarino told talkSPORT: “Their right-back position is a problem. Hector Bellerin is not a good right-back for me.

“He’s quick, he’s pleasing on the eye. I don’t think he’s a great defender, I never have done. But who’s putting pressure on him? [Ainsley] Maitland-Niles has become a sort of wing-back, but he’s not going to do it.