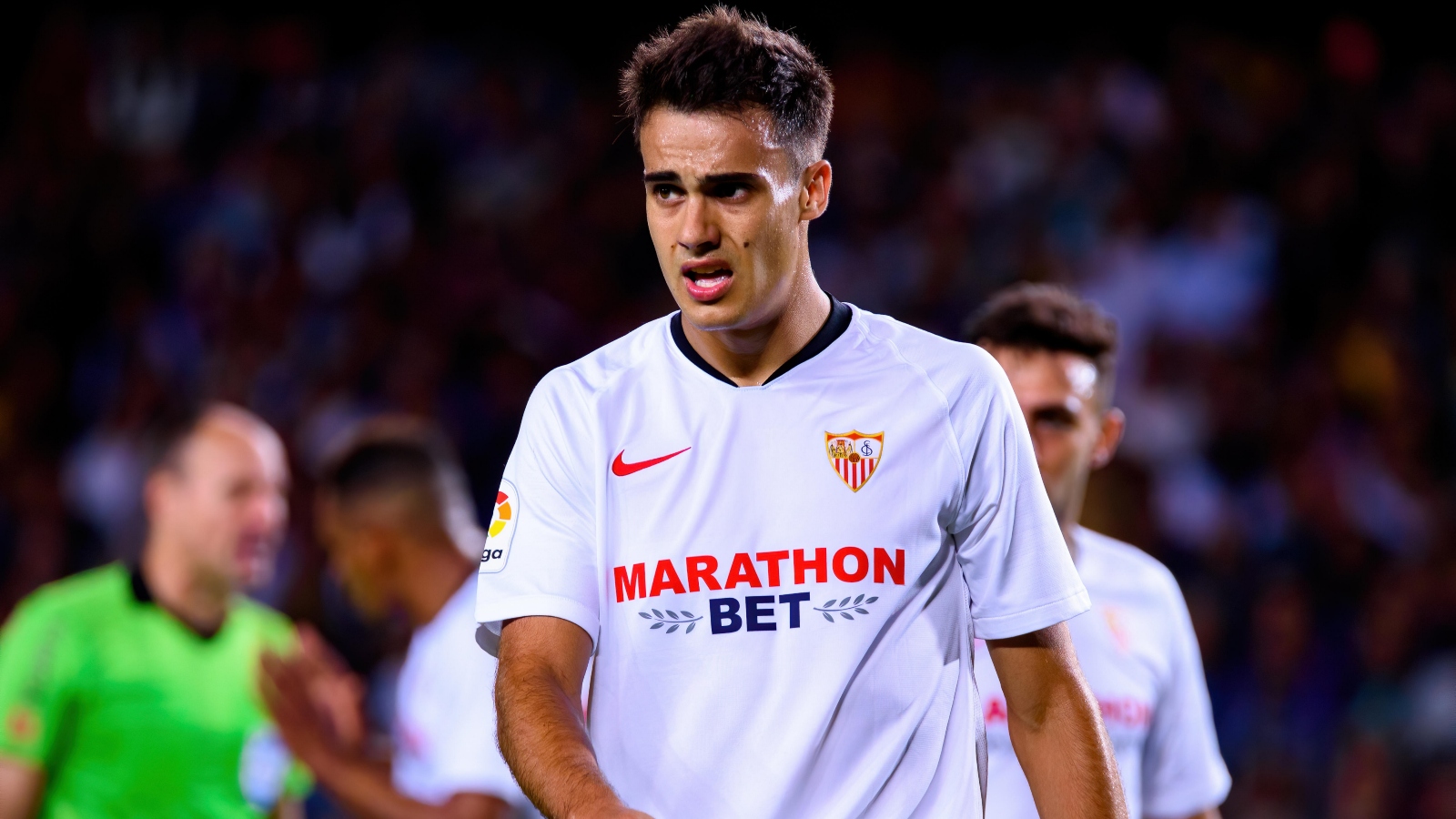 Barcelona and Sevilla are both interested in signing Tottenham Hotspur outcast Sergio Reguilon, according to reports in Spain.

Tottenham paid £27million to sign Reguilon from Real Madrid in 2020.

The 25-year-old made 31 appearances across all competitions in 2021/22 and has struggled to endear himself to Antonio Conte, who replaced Nuno Espirito Santo last November.

The Italian head coach notably left the Spanish left-back behind when his side travelled to South Korea for a pre-season tour earlier this month.

Tanguy Ndombele, Giovani Lo Celso and Harry Winks were also left out and all four players are thought to be surplus to requirements.

According to Spanish outlet Mundo Deportivo, Sevilla and Barcelona could battle to sign Reguilon.

The former Real Madrid defender spent 2019/20 on loan with Sevilla and helped the club win the Europa League.

Tottenham update. These players have been left out of the tour to South Korea 🚨⚪️ #THFC

Antonio Conte wants them to find new solutions this summer, as soon as possible. pic.twitter.com/TfZZRTGM8s

After failing to convince Conte, it is believed that Spurs are looking to receive between €20-30m for the Spain international.

This amount is ‘prohibitive’ for Sevilla, who would prefer to sign him on loan again.

Meanwhile, Barcelona see Reguilon as a ‘low cost’ option and could make a move if their pursuit of Chelsea’s Marcos Alonso falls through.

Blaugrana boss Xavi has ‘prioritised’ Alonso, though he is looking at alternatives due to their inability to come to an agreement with Chelsea.

Barca will likely assess the situation once Cesar Azpilicueta and Jules Kounde’s futures are resolved.

They are interested in signing both defenders and have reportedly told Kounde to reject offers from elsewhere as the Catalan club prepare a bid.

Chelsea are very keen on signing the Frenchman and reportedly agreed personal terms with him last summer.

The Blues had a €55m offer turned down by Sevilla and are poised to make an improved bid, with the La Liga club asking for €65m.