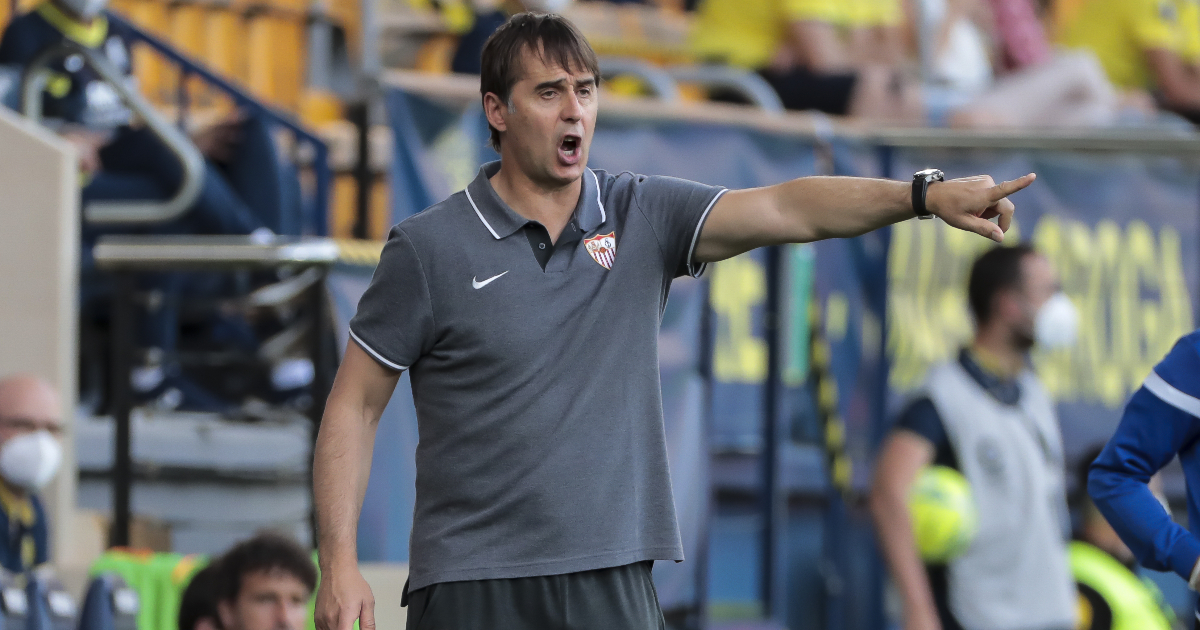 Sevilla manager Julen Lopetegui insists that retaining Jules Kounde is a “positive” despite reports claiming the Frenchman is ‘furious’ with the Spanish club.

Chelsea chased the signing of Kounde this summer but were unable to meet Sevilla’s demands.

The Blues had reportedly agreed personal terms with the defender but were short of his release clause, thought to be in the region of £77m.

Kounde is said to be ‘furious’ at the La Liga club’s refusal to allow him to leave and has ignored phone calls from both Lopetegui and director Monchi.

But Lopetegui insists he is delighted to have retained the services of the 22-year-old, despite his desperation to leave for Stamford Bridge.

“Kounde in the end has stayed because the club has decided that it was the right thing to do based on the evaluation of the offers they may have had,” Lopetegui told Diario de Sevilla.

“We trust that he continues to grow with us and, above all, to perform, which is the most important thing.”

Chelsea could return for Kounde in January, with centre-back perhaps the one area in which the Blues are a bit light, but Thomas Tuchel says he is pleased with depth and quality of his squad.

“I am absolutely happy with our squad and the alternatives we have,” Tuchel said.

“That means we maybe don’t have the biggest squad but that we have a very competitive squad in all positions.

“This, on one hand, is necessary because we play a lot of competitions and we play the World Club Cup in December. We also played very long last season and there was the Euros and Copa America.

“So if we want to compete we need this level. But at the same time, it’s also important we’re a strong group, this was maybe the key for the last half a year.

“We played with a strong bond and a great team spirit. This is a challenge for the team and for me to create this atmosphere again, and that everybody is ready to take hard decisions and keep pushing the team.

“If we do this, we can achieve more than we have.”