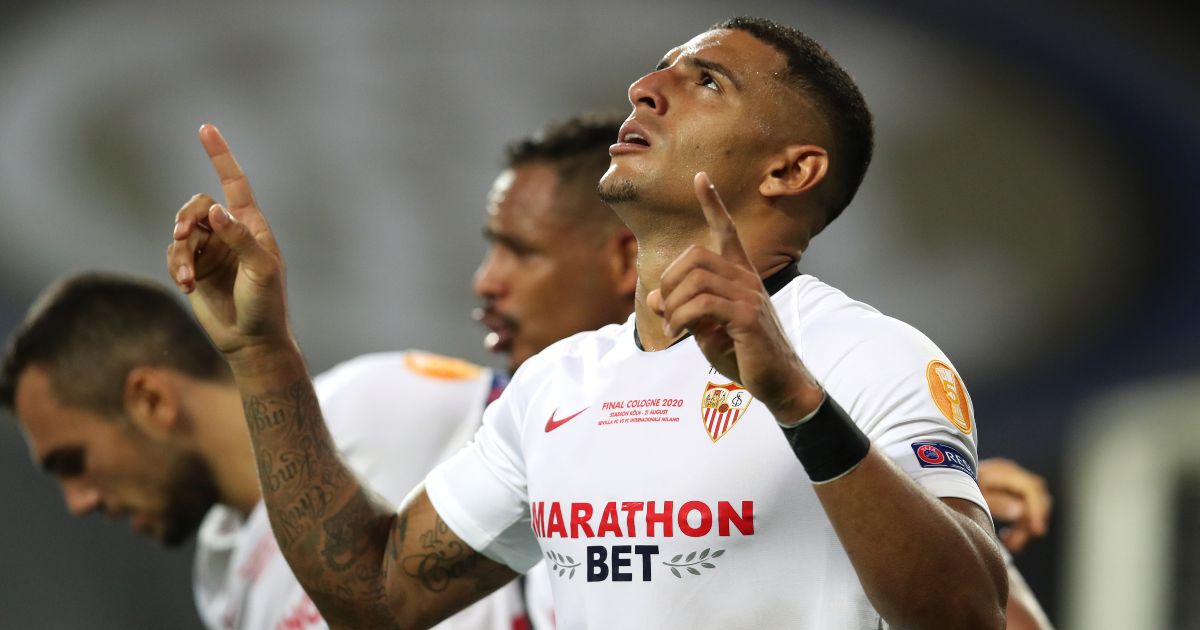 Diego Carlos is “quite happy” at Sevilla despite the La Liga club rejecting offers from Newcastle United for his services, according to the Spanish club’s sporting director Monchi.

The Mapgies are looking to bring in a centre-back before the end of the Premier League transfer window, which closes on Monday evening.

Eddie Howe’s side have managed to bring in Chris Wood from Burnley and Kieran Trippier from Atletico Madrid as they attempt to revamp their struggling squad.

However, they have found it difficult in recent weeks to get any more deals over the line with numerous reports of players and clubs turning down their advances.

One player who reportedly wanted the move to St James’ Park was Sevilla centre-back Carlos after Newcastle made a £30m bid and offered the defender  a ‘potentially life-changing’ contract.

However, Sevilla were hoping for closer to £50m and rejected their offer with Guillem Balague claiming on Tuesday that the Spanish side ‘considers the negotiations’ with Newcastle ‘over’ after negotiations about Carlos ‘broke down’.

And Monchi thanked Newcastle for making a “good offer” but that Carlos was “quite happy” to stay at Sevilla until at least the end of the season.

Monchi spoke to BBC Sport: “The Newcastle offer has been a good offer, a respectable offer, I have to say that. But the offer, our board, our management team, felt that it wasn’t enough.

“It is true that maybe it wasn’t the right time, it is a difficult market to find a replacement for a player like Diego Carlos and it is a market which takes place over a very short period of time – so maybe if that offer came along or will come along in the summer, well things will have changed.

“The offer was a very good offer, very respectable, not at the best possible time and Diego Carlos, well I was talking to him this morning and he is happy, because at the end of the day he is staying here at his club, a club that really wanted him. If he was angry then maybe he would have changed his opinion but no, he seems quite happy.”