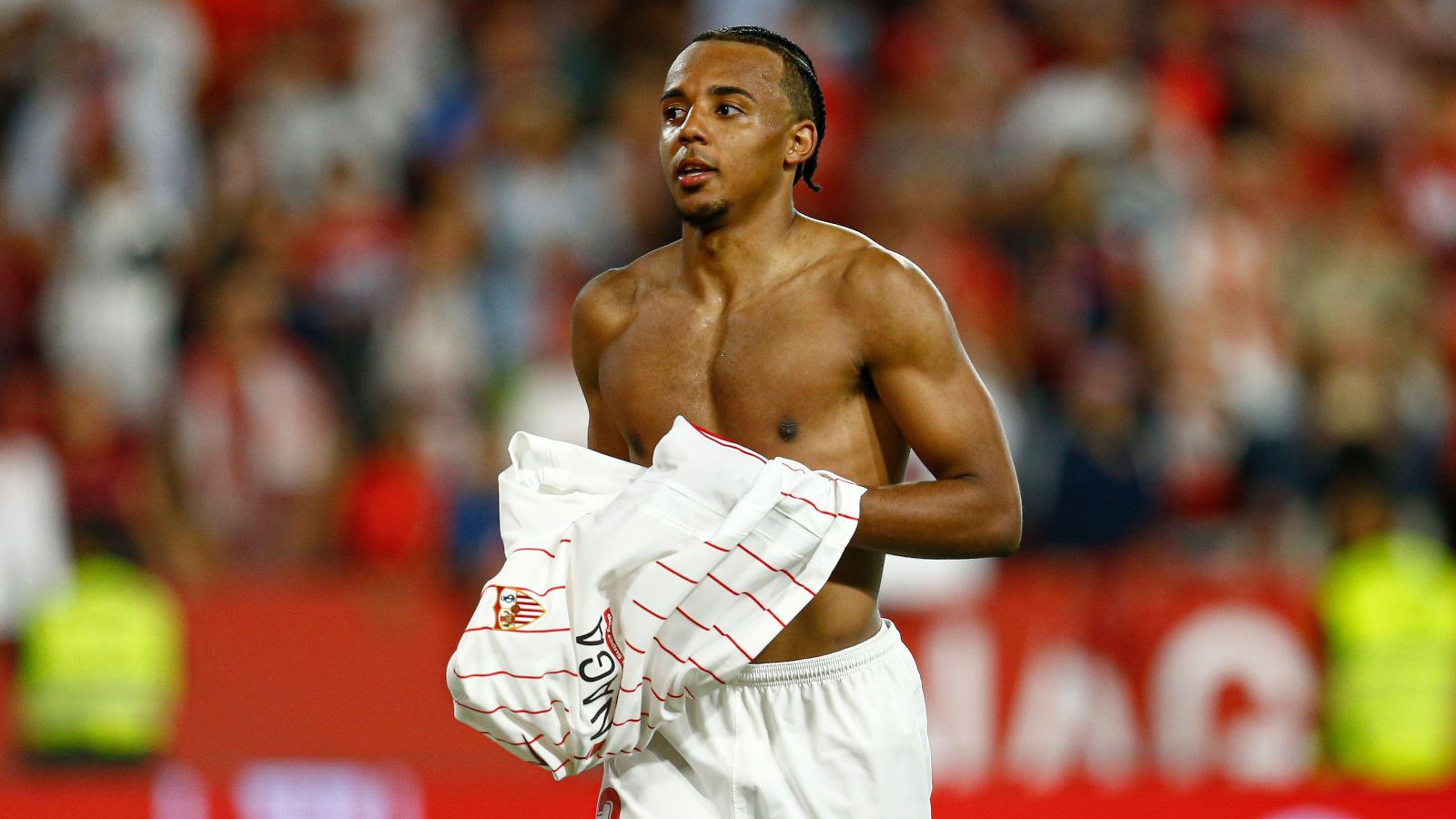 Premier League side Chelsea and other suitors have been set a deadline by Sevilla over Jules Kounde as they look for a quick sale, according to reports.

A potential transfer to Stamford Bridge has been in the offing for months and months in one of the Premier League’s longest-running transfer sagas.

The Sevilla defender has been linked with numerous clubs over the past year or two with Manchester United, Real Madrid and Barcelona among the other clubs to take an interest.

One of the latest rumours insisted that Newcastle United were ready to ‘torpedo’ Barcelona’s attempts to sign Kounde this summer after the France international’s impressive performances in his three seasons at Sevilla.

But now Sevilla want the Kounde’s future resolved with 90min claiming Chelsea and other suitors ‘must meet the defender’s reduced asking price within a week or face paying a significantly higher fee’.

Chelsea are looking to sign a couple of centre-backs this summer and have been heavily linked with Alessandro Bastoni, Milan Skriniar, Kalidou Koulibaly and Matthijs de Ligt amongst others.

Kounde ‘remains a transfer target for the London club but they are prioritising their pursuit of’ Juventus defender De Ligt after being ‘alerted to the Dutchman’s potential availability’.

It is understood that Chelsea are ‘unconcerned’ by Barcelona’s interest in Kounde ‘having played the long game to get to the front of the queue’ for the Frenchman.

Kounde’s ‘desire to move to London is also unwavering having come close to joining the Blues last summer’ but they could pay the price if Sevilla get their way.

90min adds that Sevilla will ‘bump their asking price back up’ to his €80m release clause, having reduced their valuation to €60m, ‘unless someone stumps up the money by Tuesday 5 July’.

“Again, the player, I am sure, respects Sevilla FC. He is happy with us. In the case of Kounde, it is not a matter of money. It’s a matter of him wanting to play in a more competitive team than Sevilla FC,” Cruz de Andres said.