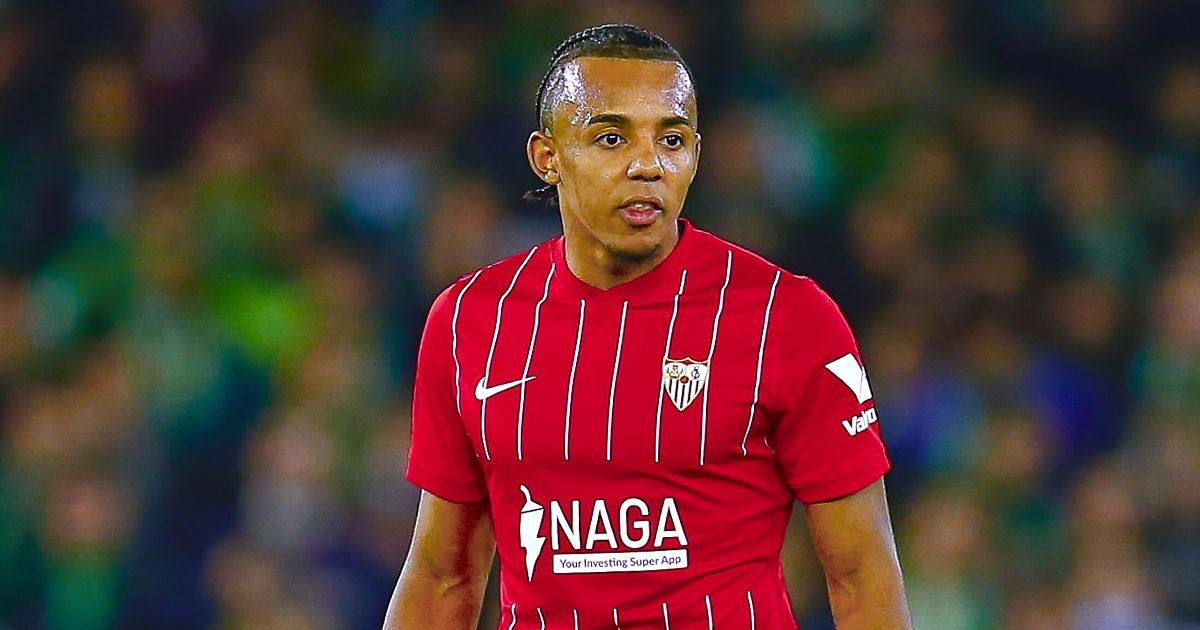 La Liga side Sevilla “fear” that Manchester United will activate Jules Kounde’s £68m release clause in January, according to reports in Spain.

Sevilla splashed out around £21m to sign Kounde from French side Bordeaux in 2019.

The defender has been a key player for them since as he has already played 100 times for the La Liga outfit across all competitions.

Kounde broke into the France team earlier this year and he has already been capped five times.

The 22-year-old was heavily linked with a move to the Premier League during the summer. Chelsea and Man Utd were said to be interested in him.

Spanish outlet AS are reporting that Sevilla now “fear” that they may lose Kounde during the January transfer window. He currently has a release clause of £68m.

The report states that due to United’s “obvious defensive problems”, Sevilla are expecting the English side to move for Kounde in January.

Reports suggested last week that United had “verbally agreed” a deal for Rodgers to take over from Solskjaer.

McManaman said: “I can’t see Brendan going there. I think he’s got the credentials, yes, but I think his history with Liverpool would be too much for everybody.

“I haven’t spoken to Zizou [Zidane] in a while but I don’t think he speaks English and I don’t know whether it’s a job that would appeal to him.

“He leads a lovely lifestyle in Madrid. Uprooting and coming to Manchester would be a big ask for him and his family. I think managing in France, in Paris, or at Juventus would be more in tune to Zizou.

“It wouldn’t surprise me if Manchester United went back and got Mauricio Pochettino. Anyone who works at Paris Saint-Germain for a couple of years has normally had enough of it! And Poch would probably be the man because of his knowledge and experience of England and the Premier League.

“Brendan and Zizou are more than capable and they’ve got better CV’s than Ole Gunnar Solskjaer. But Ole knows Man Utd. It looks as if the club are going to stick with him, certainly for the foreseeable future.”