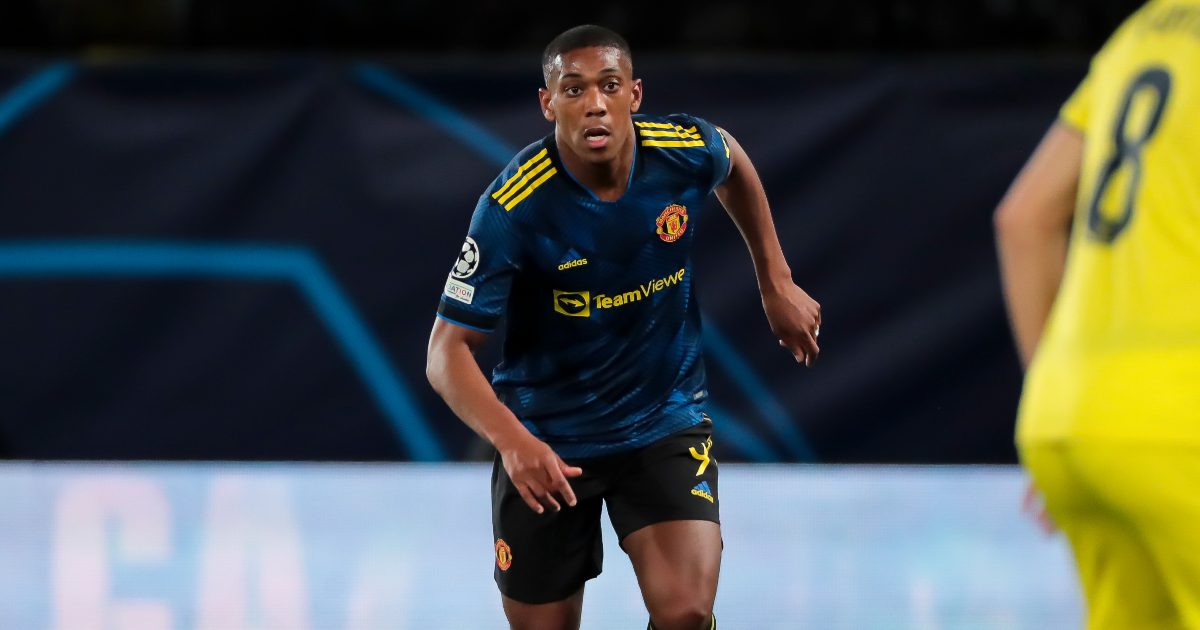 Sevilla midfielder Oliver Torres has spoken out on how Anthony Martial has adapted to life in Spain since departing Man Utd.

The Red Devils paid a fee that could rise to £58m to sign Martial in 2015 from Monaco.

The forward’s form over the past couple of years has been up and down. He barely featured for them during the first half of the 2021/22 campaign.

Ralf Rangnick took over at United in December and Martial only played once for the German.

The 26-year-old made it clear that he wanted to leave Man Utd ahead of the January transfer window.

Martial was linked with the likes of Barcelona and Juventus but he eventually joined Sevilla before the window closed.

He has been training with Sevilla over the past week. Torres has suggested that Martial’s talent is clear to see as he is a “great player”:

“He’s shy. Little by little we’ll have to get him into the banter here. He [has shown signs] of the great player he is.

“He’s only been here for a few days. We train here at a very high pace, and he’s realised it. He said ‘there’s a lot of running here’.

“In front of goal, if he has the chance, he buries it and that makes the difference.”

Speaking earlier this week, Sevilla’s director of football (Monchi) admitted that they “spent a lot of time convincing” Martial to join them on loan until the summer:

“It has been intense because bringing in two players like Martial and [Jesus Manuel] Tecatito is not easy because the competition was so great,” Monchi said (via Sport Witness).

“Different situations, with a high market profile, but very coveted pieces of the market. We have spent a lot of time convincing and acquiring these players.

“If the Sevilla coach wasn’t Lopetegui, it wouldn’t have been so easy for Tecatito and Martial to be here. The willingness of the players has helped a lot in that sense.”