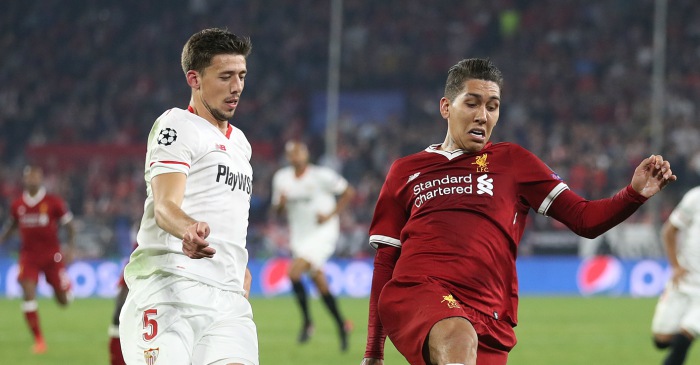 Sevilla director of football Joaquin Caparros has refuted claims that Manchester United have made a ‘very concrete’ approach for defender Clement Lenglet.

French newspaper L’Equipe claimed on Tuesday morning that centre-half Lenglet was the subject of interest from major European clubs.

United and Barcelona were listed as those leading the race for a player who has a release clause of just €35m.

According to Sport Witness, United have made a ‘very concrete’ approach to try and beat Barcelona to the signature of the 22-year-old.

But Sevilla director of football Caparros insists the club are unaware of any such developments.

“What’s certain is that as of today no-one has spoke with the president nor with me to show their interest in Lenglet,” Caparros told Sport.

“The player is happy at the club. He has things clear and he knows Sevilla is a club that can give him opportunities to keep growing and to leave at the moment when he has to take a step forward.

“I have given him Daniel Alves as an example and other players that also came through Sevilla — how they grew, matured here, at a club playing on a European level.

“You have to know how to choose the right club and the right moment [to leave] and Lenglet is an intelligent guy.

“As of today, there’s nothing and we’re going to enjoy him next season. Machin wants to talk with all the players and with Lenglet, too. I have spoken with him.”