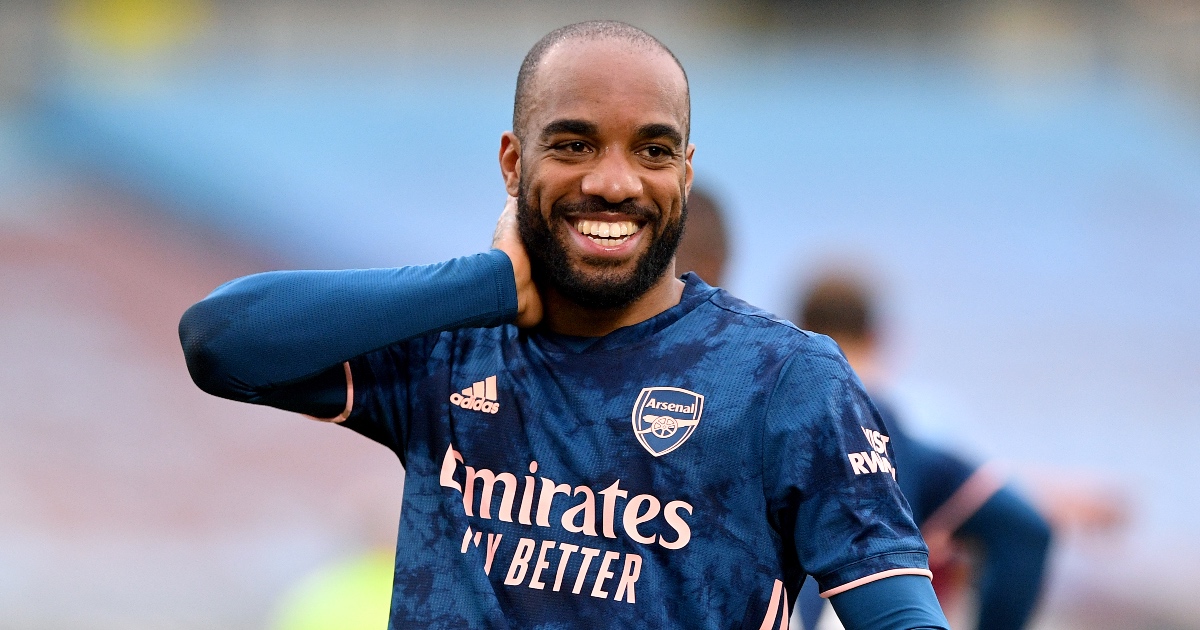 Sevilla and Roma have joined Atletico Madrid in the race to sign Alexandre Lacazette from Arsenal, according to reports.

The Gunners are hoping to begin contract talks with the forward ‘soon’ to ward off any interest from European clubs.

But that hasn’t stopped teams from La Liga and Serie A from declaring their interest.

OPINION: Safe standing can be fans’ reward for loyalty through lockdown

According to ESPN, Sevilla and Roma are hoping to land Lacazette in the near future.

They will rival Atletico Madrid for his signature, who were the first top side to be linked with a move.

The three clubs all see Lacazette as a prime option to improve their respective forward lines.

The 29-year-old has been in good form this campaign. He’s scored 13 goals in 34 matches so far.

That puts him second in their list of top goalscorers this term, behind captain Pierre-Emerick Aubameyang.

Earlier this month, Arteta was asked about the player’s situation at the Emirates.

He said: “He’s got a contract with us. He played really well the other week. It’s exactly what we demand him to do.

“I’m really happy with him and the discussions about his contract will happen soon. We will see what happens.”

Atletico can already rely on Angel Correa and Luis Suarez up front.

Suarez has been a revelation this season, scoring 19 goals in 25 La Liga appearances.

That’s despite him being brought to the club on a free transfer from Barcelona.

Atletico know Suarez is a short-term option given his age. The former Liverpool talisman is now 34 years old and could retire in the next two seasons.

Lacazette is being targeted as his replacement in the Spanish capital.

The striker was the subject of a £22.5million bid from West Ham in January.

Sevilla rejected that offer and ended up keeping their talisman.

However, his form is bound to see offers from bigger clubs as we near the next transfer window.

Lacazette may be the perfect solution for the Spanish side.

The final team known to be in for Lacazette is Roma. Manager Paulo Fonseca wants the Frenchman to partner Edin Dzeko in attack.