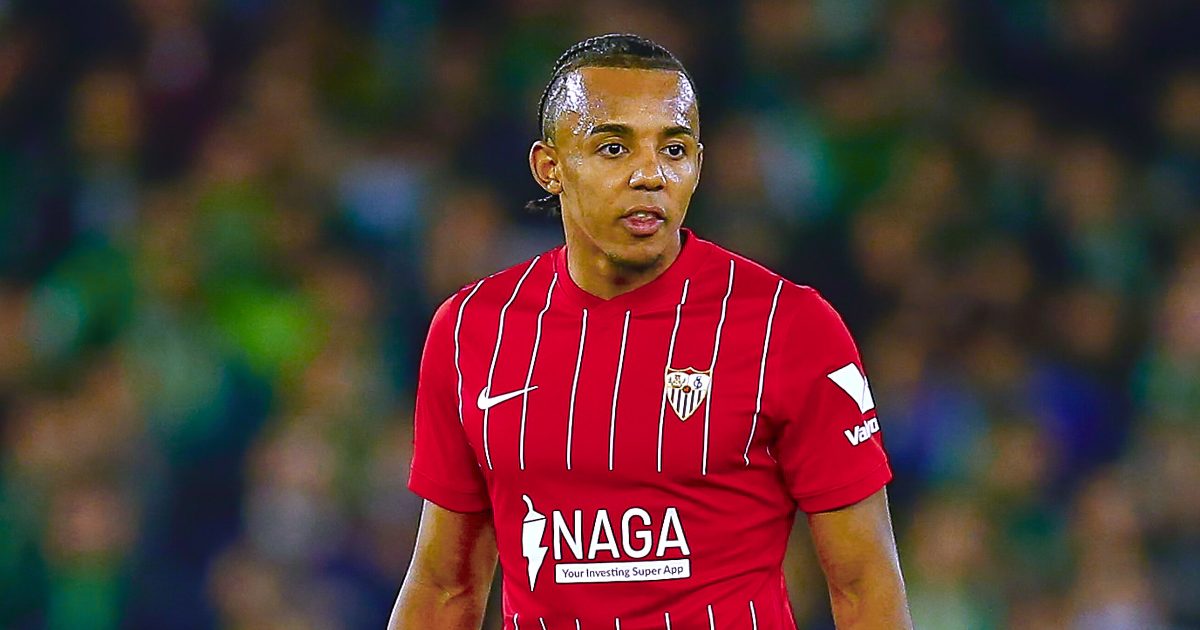 Sevilla defender Jules Kounde has admitted that he was affected “a little bit” by his failed move to Chelsea during the summer transfer window.

The Frenchman has been with Sevilla since 2019. He joined them from Ligue 1 outfit Bordeaux.

Kounde has been a supreme presence in the Spanish side’s defence since his move.

The 23-year-old has featured over 100 times for Sevilla and he has been capped six times for France since he made his debut earlier this year.

The defender was linked with Chelsea and Manchester United during the summer. United ended up signing Raphael Varane while Chelsea were unable to get the deal over the line for Kounde.

As reported by the Metro, when asked if he was impacted by the transfer rumours, Kounde said:

Elsewhere, Thomas Tuchel has suggested that a decision will be made in January regarding Billy Gilmour’s loan at Norwich City:

“The things were clear when we decided together that he is looking for more minutes and more game time in another club. The challenge was clear that he needs to fight his way through.

“Right now things are not going as he maybe wishes and we all wish for, but now is not the moment to already give solutions and cancel the whole project.

“Sometimes these weeks and months arrive when the situation seems to be stuck or it seems not to go the right way. You have to hang in there, you have to show your quality and you have to make sure you help your team, no matter where it is. That sharpens your character. That will be making a big chapter in your career.

“For me right now it is not the moment to already give solutions for January and open the talks to bring him back. Now it is November and there is still a lot of time to prove that he has enough quality to help Norwich to be a better team.”