Home All The News SEX! Now that we’ve got your attention, vote for F365 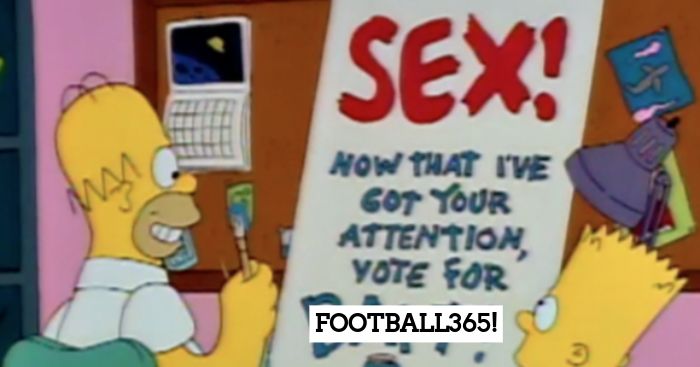 Football365 has nominated to defend its Online Media of the Year crown at the 2019 FSA Awards.

Some categories – Away Day, Club Podcast, Fans for Diversity, Fanzine, Supporter Liaison Officer, Club Engagement and the National Game Community Award – will be decided upon by an FSA panel.

But 11 others are open to a public vote, with Jamie Carragher and Gary Neville battling for Pundit of the Year, Miguel Delaney, Rory Smith, Jack Pitt-Brooke and Henry Winter among those attempting to wrestle the Writer of the Year gong from Barney Ronay’s cold grip, and The Sun inexplicably overlooked for Newspaper of the Year.

Football365 has won the Online Media award both years since it was established in 2017, and we have been given the chance to make it a hat-trick in 2019.

We are up against a damn fine shortlist: The Athletic, Fantasy Football Scout, FourFourTwo, Price of Football and David Squires.

And yes, we are very much describing ourselves as the Arsenal Invincibles in this scenario, trying and failing to prevent Roman Abramovich’s Chelsea – The Athletic – from buying the title.

They are obviously brilliant, as are the other four candidates. But a vote for F365 is a vote for anarchy. And a vote for anyone before the November 30 deadline really would be lovely. So head here and do your thing.