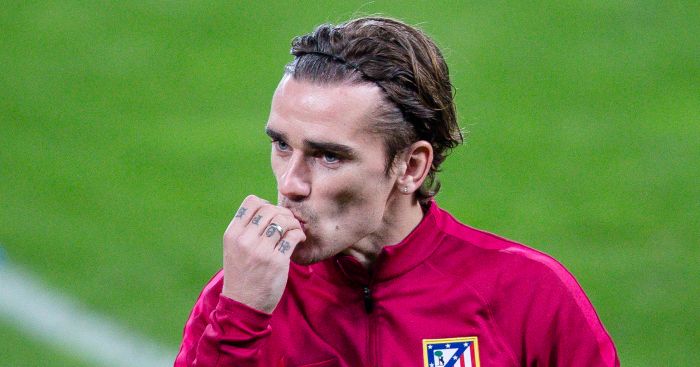 GRIEZ LIGHTNING
Manchester United want you to know two things ahead of this summer:

2) They have a fetish for French strikers.

And so around 24 hours after it was revealed that they had made a £96million bid for Kylian Mbappe, those same old Antoine Griezmann claims resurface.

Manchester Evening News are responsible this time, and they report that ‘sources close to the Frenchman’ believe a deal is almost done. Despite interest in other forward, Griezmann remains Jose Mourinho’s ‘top summer target’.

What’s more, the ‘fee will be no problem’. That’s handy, because no actual fee is mentioned in the article – although Griezmann’s €100m buy-out clause – or £86.3m – is touched upon.

Romelu Lukaku of Everton is thought to be another option, but Griezmann is the girl United want.

KEEN ON KEANE
United are not only concentrating on strikers, mind. The Daily Mail credit then with an interest in Burnley defender Michael Keane.

They are not the only ones monitoring his progress. Manchester City and Chelsea are linked, and Everton have a ‘long-standing admiration’ for the 24-year-old.

United inserted a sell-on clause into the deal which saw him leave the club in 2015, yet they still do not head the queue. That honour belongs to Liverpool, who are ‘stepping up their pursuit’.

Laurie Whitwell reports that Keane’s England debut in midweek has left his admirers impressed. Liverpool have even ‘hardened their interest’, which is far too much information for a Friday morning.

It will take £20m to prise Keane away from Burnley. His contract expires next summer. Crikey.

COMAN, FEEL THE NOISE
Oh, how sexy would this be? Never mind Liverpool, our interest is very much hardened by the news that Manchester City want Kingsley Coman.

The Daily Mirror claim that Pep Guardiola is planning a £200m summer rebuild (expect that figure to fluctuate throughout the summer), and Bayern Munich winger Coman is top of his list.

Guardiola signed the French international on loan for Bayern in 2015, but Carlo Ancelotti is thought to be unlikely to make that deal permanent.

AND THE REST
Manchester United and Liverpool are battling it out to sign Atletico Madrid central defender Jose Gimenez…Real Madrid hope to sign Belgium forward Eden Hazard, 26, and goalkeeper Thibaut Courtois, 24, from Chelsea this summer…West Ham are weighing up a raid for Bournemouth’s Josh King in the summer…Tottenham are willing to listen to offers for France midfielder Moussa Sissoko, 27, who cost them £30m in the summer.