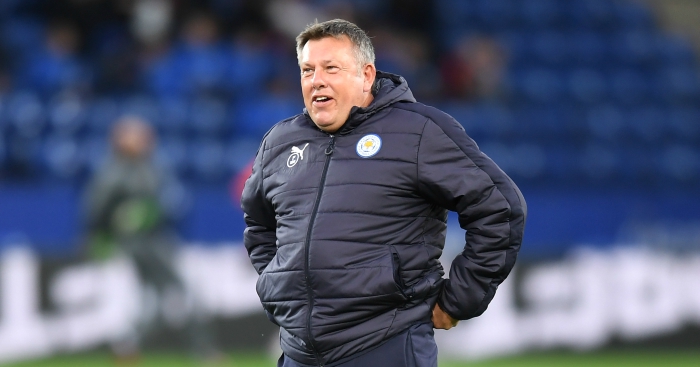 There is a quote from Jose Mourinho about visiting Nottingham for the first time, making a point of going to the City Ground, and being underwhelmed by what he found.

“I walked all the way around the city and when I saw the stadium I thought: ‘Are you kidding me – this club won the European Cup? he recalled. “It was a nice stadium and a nice city, but it was a small place. It was the size of the stadium that really took me aback.”

Thirty miles away in Leicester, the same feeling strikes. Ten months on from their Premier League title triumph, it is hard to believe that you are walking through the home of the champions of our national sport. Nessum Dorma still rings around the ground before kick-off, pinching supporters to remind them it wasn’t all a dream, but the fanfare has quickly been replaced by realism.

If Leicester found winning hard, they found winning again an impossible task; so many do. They are not even the first Premier League champions in the last three years to fall way short of expectation in defending their title.

Just as managers have struggled to deal with the intense scrutiny of modern football management, so too have clubs proved themselves incapable of repeating success. The Champions League has still not been retained since its inception in 1992/93, while Manchester United were the last team to defend their Premier League crown in 2009. In a league where three or four teams usually compete (in comparison with three in Spain and one in Germany and Italy), back-to-back triumph has never been harder to achieve.

Complacency is a feature not just of sport, but of life in general. Having reached the pinnacle of your career, it is only natural that ambition is blunted. Success is so often followed by literal and metaphorical sigh of relief. Tom Hanks and Katherine Hepburn are the only actors to win consecutive Oscars for best performance since 1938. And that, ladies and gentlemen, is one explanation for Leicester’s slump that does not include the words ‘N’Golo’ or ‘Kante’ and also explains why Champions League performances have outshone Premier League form.

Another is Claudio Ranieri, no longer immune from criticism now that the dust has settled on his sacking. The accusation that Leicester’s owners and players were destined to crawl on their bellies for all eternity has been tempered by their success since his departure.

Given the global reaction to Leicester’s glory last season, it would seem unlikely that anyone missed out on the compliment shower. Yet if one person was left in the wings while the main actors bowed to applause and standing ovation, it was Shakespeare. A 2-0 win over Sunderland represents a sixth consecutive victory since his initial appointment; Leicester’s manager is enjoying his turn under the spotlight.

It is easy to ask in glorious hindsight, but were we guilty of overlooking Shakespeare’s impact at Leicester? After all, he was the one constant on the coaching staff during a run that started under Nigel Pearson in 2014/15 and ended last May, at the club for nine seasons save a one-year hiatus when he assisted Pearson at Hull. When Ranieri spent time in Italy with his ill mother towards the end of last season, it was Shakespeare who prepared the team for the biggest matches of their careers.

That is certainly the view of Kevin Phillips, who admittedly has a vested interest as a close ally of Shakespeare.

“I worked there for a short period under Ranieri and at times the organisation wasn’t good,” Phillips told Sky Sports earlier this month. “If it wasn’t for Shakey it could have fallen apart a lot earlier. Of course the manager takes all the credit for winning the league – which he deserves an awful lot of – but it would have been a lot more difficult for them to win it without Shakey being there.”

If Leicester’s decline this season threatens to pour cold water on this theory, perhaps it should do the opposite. Reports from within the club after Ranieri’s sacking suggested that the Italian was guilty of freezing out his assistant manager, leading to disillusionment in the squad.

Look at the public endorsements of Shakespeare from key members of Leicester’s squad. Danny Drinkwater credits him with simplifying the team’s tactics and instructions, Jamie Vardy says a tactical tweak from Shakespeare has improved his form, while Danny Simpson revealed that the new manager had always been the go-between for players. The most emphatic endorsement came from Christian Fuchs: “He was always the person to go to for the players and the players are trusting him.”

Less than two months ago, Leicester and Sunderland were separated by two points, but by full-time on Tuesday that gap was 16. Leicester found their new Messiah; Sunderland are sticking by their naughty boy.

In truth, it was a match with little discernible quality. Sunderland were combative and ruffled Leicester, but the wastefulness of every player not called Jermain Defoe goes on. Defoe himself struggled to even touch the ball for long periods, and when he did it was 40 yards from goal. A snapshot at Kasper Schmeichel was as close as Sunderland’s top scorer – and only hope of survival – came.

For the first time since Ranieri left, Leicester were dragged down to the level of their opponents. Passes found touch rather than feet and, like Defoe, Jamie Vardy was isolated and starved of service. Shakespeare’s response was to make a double substitution after just after an hour, bringing on Marc Albrighton and Islam Slimani. Less than ten minutes later, the former crossed for the latter to score, and Albrighton got his second assist when Vardy thrashed home to seal victory. When it’s going your way…

“I know I have to keep my feet firmly on the ground because there are very fine margins in football and along the way we’ve had to ride our luck at times – I’m thinking of the West Ham game,’ Shakespeare said before the match. “You have to dig deep and maybe I’m the Lucky One – I don’t know.”

Shakespeare loses marks for extending the shelf life of that moniker even further beyond the acceptable, but he deserves to drop a little of his humility. How far he can take Leicester is uncertain, but he has restored the mood of invincibility that once existed within a close-knit squad. That has at least earned him the chance to lead this club into next season.