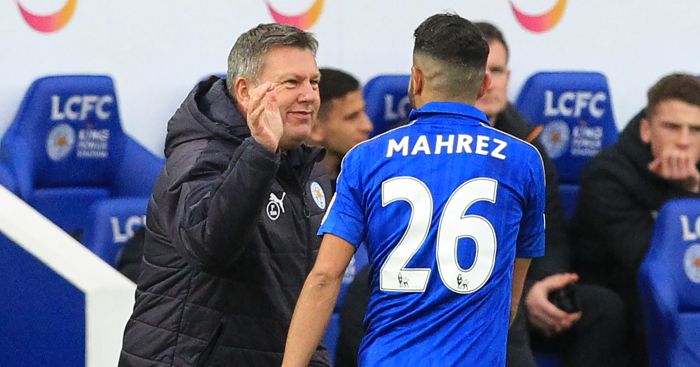 Leicester have confirmed the appointment of Craig Shakespeare as manager until the end of the season.

The 53-year-old has won his two games in charge, against Liverpool and Hull, to move the champions three points clear of the relegation zone.

Shakespeare has never managed full-time, but he has spent seven of the last eight seasons on the Leicester coaching staff.

He was assistant to both Ranieri and the Italian’s predecessor Nigel Pearson at the King Power Stadium.

“Craig’s skills as a coach and the high regard in which he is held by everyone at the club were well known to us,” vice-chairman Aiyawatt Srivaddhanaprabha told the official Leicester website.

“We always knew the team would be in good hands when we asked him to take charge a fortnight ago.

“He has initiated the type of positive response that we hoped change would bring, showing great leadership qualities and composure under considerable pressure to produce two very important results.

“We have asked him to continue to lead the team this season and we are very happy that he has accepted.”

Shakespeare’s first game in charge was a 3-1 home victory over Champions League-chasing Liverpool before relegation rivals Hull were also beaten by the same scoreline.

The Foxes have climbed to 15th place in the Premier League and seek to overturn their 2-1 deficit against Sevilla on Tuesday.

The first-leg defeat to Sevilla proved to be Ranieri’s final match in charge of Leicester, with poor form and reported dressing-room unrest said to have cost him his job.

Ranieri was appointed Leicester manager in July 2015 just a few months after the Foxes had escaped relegation under Pearson.

He led Leicester to a first top-flight triumph in their history against all the odds, but only one win in 10 games before Ranieri’s dismissal raised the prospect of relegation from the Premier League.