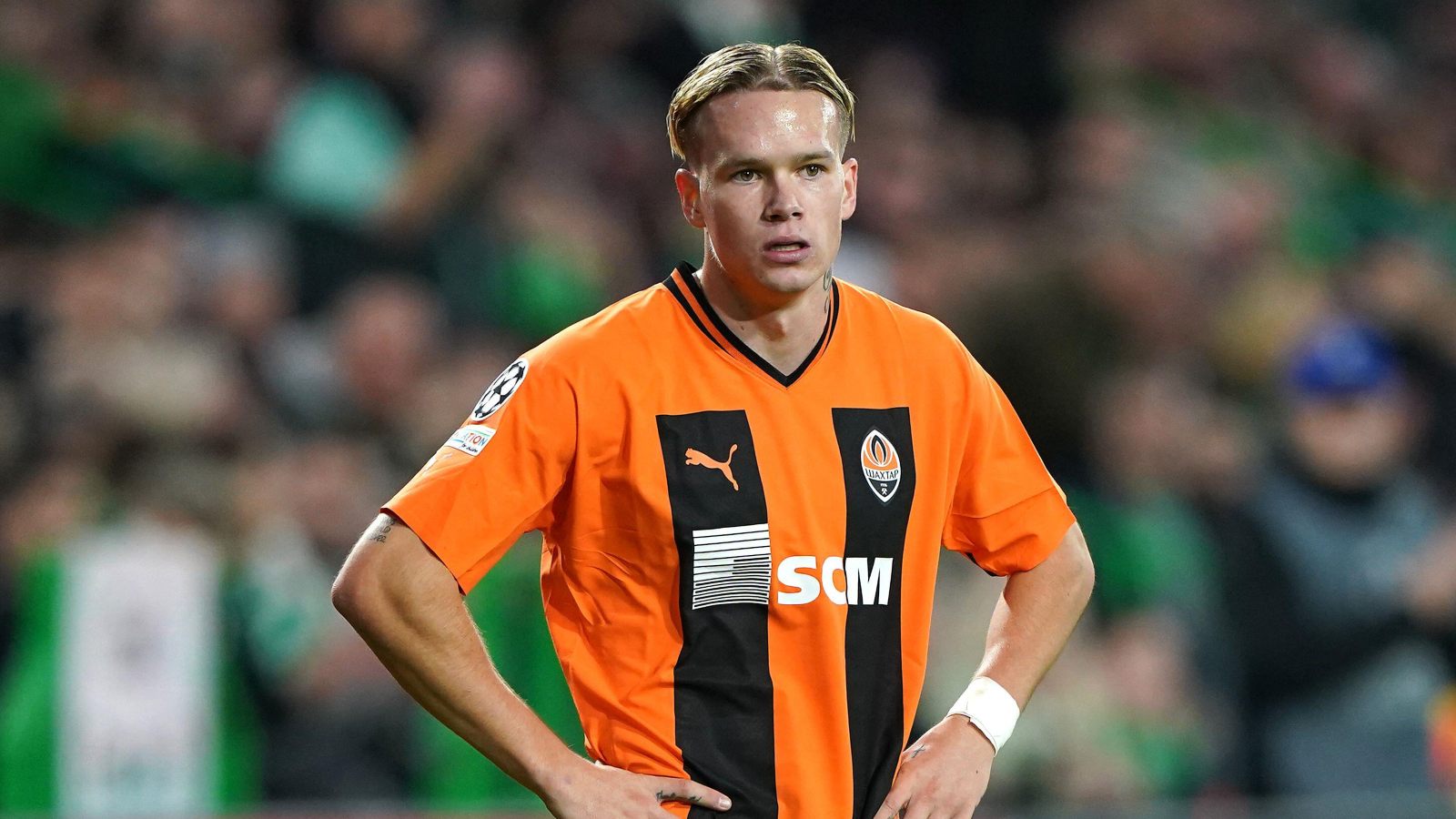 After a couple of loan spells at Arsenal Kyiv and Desna Chernihiv, Shakhtar threw him into their team 2021-22 to great success with Mudryk contributing immediately.

But his form has got even better this term with three goals and two assists in the Champions League and seven goals in 12 Ukrainian Premier League appearances.

That has led to interest from a number of clubs with links to Arsenal the loudest as Mikel Arteta looks to bring in another winger in the January transfer window.

But Shakhtar boss Jovicevic admits he’s being a “bit selfish” and hopes Mudryk can stick around to play “at least 100 matches” for the club before leaving.

“This management will decide what to do when there is an option to sell a football player, the star of the team,” Jovicevic told reporters when asked about Arsenal interest.

“As a coach, of course, I would like such a player to play as long as possible in the team, to build a quality Shakhtar around him, so that everyone gains momentum, gains experience and does what, perhaps, the team once did in the Champions League.

“With our efforts, talent and ambition, I think we could do it together eventually. They are young, I say again, young.

“There are several football players in Dinamo (Zagreb), for example, Guardiol, who plays for Leipzig and today played in the World Cup [for Croatia], the Spaniard Dani Olmo, who played in Zagreb.

“Each of them played at least 100 matches for the club and only then moved from the intermediate club, and not immediately to Barcelona and Manchester City.

“This is one small example of how to build your career correctly, so that you reach the highest level already ready, powerful. To be able to say “I’m here.”.

“However, the coach is always a bit selfish and wants to have quality players in his team as long as possible to give results and excitement to the fans.”

And Mudryk himself recently said his transfer dream had been “wounded” by Shakhtar putting a €100m price tag on his head.

“When I found out about my price, I wasn’t just surprised – I was shocked,” Mudryk told Sport Arena.

“I have a long-term contract with Shakhtar [set to expire in December 2026], I give all my strength and energy so that Shakhtar achieves maximum results… but every football player has a dream to play in a top club and in a top championship – I am no exception.

“But I am 100 per cent sure that they are unlikely to buy a player from the championship of Ukraine for 100 million… I will not hide that I was very upset. The amount of 100 million puts a barrier for my transition to the top championship, which I so dreamed of. I can’t say that my dream was killed, but wounded – that’s for sure.”