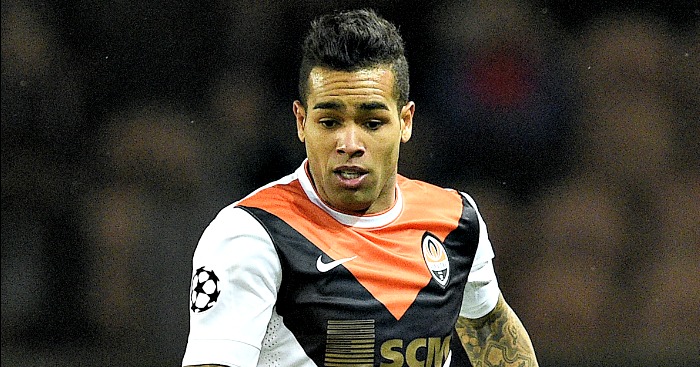 Alex Teixeira could be sold at the end of the season, but not in January, according to the managing director of Shakhtar Donetsk.

Liverpool have emerged as frontrunners for the signature of 26-year-old Teixeira this month, the Reds having reportedly submitted two bids with just four days of the winter transfer window remaining.

Teixeira has openly admitted that he wishes to join Liverpool this month, but it is believed that Reds are well short of the Ukrainian’s valuation of the forward.

Shakhtar’s CEO, Sergi Palkin, has revealed that Liverpool’s opening bid amounted to little over £24million, and that the club do not wish to sell this month.

“They offered €32million (£24.2million) with a €4million (£3million) bonus,” Palkin told TV channel Football 1. “We obviously refused to accept it.

“Our position is that we do not want to sell Teixeira today. We will sell only at the end of the season. We need to show serious results in Europa League and Ukrainian Championship.

“At the end of the season we will sit down at the negotiating table.

Palkin also confirmed that manager Mircea Lucescu wishes to keep Teixeira at least until the end of the season.

In other words, it just proves that they're waiting for a much improved offer from #LFC.Somewhere between £27m (last offer) and £53 (buyout)