Home All The News Shakhtar star heading for ‘a bigger club’ 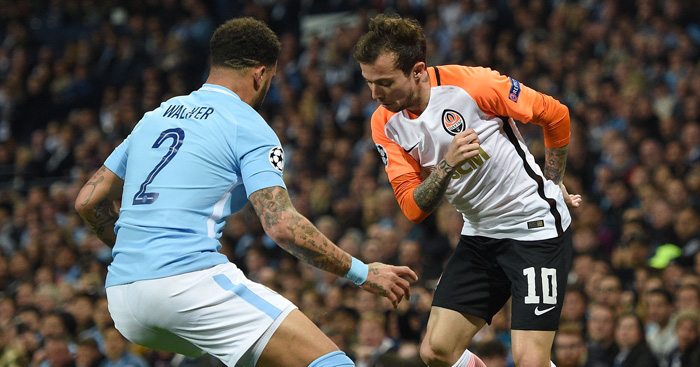 Brazil winger Bernard has claimed that he will leave Shakhtar Donetsk for “a bigger club” this summer.

The 25-year-old winger has been linked with Arsenal with Inter Milan and Hebei China Fortune also interested.

Bernard was in action for Shakhtar last night and numerous scouts were believed to be checking on his progress, with his contract set to expire in the summer.

“After the match against Roma, Bernard will have an operation on his shoulder and will go to Brazil, he will not available anymore because of this problem. I have not lost hope of renewing his contract,” said Palkin.

Bernard though has stated he will be leaving Ukraine.

Speaking to Esporte Interativo after Tuesday’s defeat, Bernard said: “This season will close a five-year cycle for me. After a turbulent start, the new coach has come in and given me more opportunities to play.

“I’ve got nothing concrete for next season and will be considering all my options. What I have told Shakhtar however is that I will not be renewing my contract with them as I want to play for a bigger club.”

Bernard has scored 10 goals and grabbed four assists in 29 games in all competitions for Shakhtar this season, including three goals in the group stages of the Champions League.