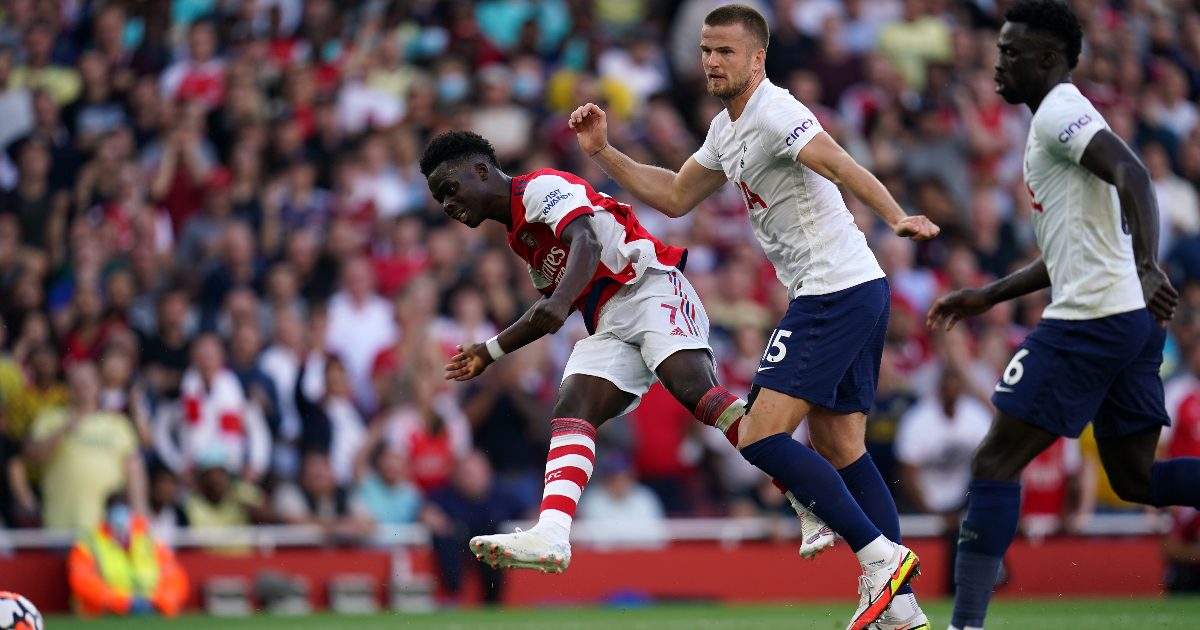 Several pundits have criticised Spurs with them falling 3-0 behind inside the first half against Arsenal in the North London derby at the Emirates.

Ahead of Sunday’s derby, Tottenham Hotspur were without a win inside 90 minutes in four games across all competitions. They beat Wolves on penalties in midweek after drawing 2-2 in normal time in the Carabao Cup.

They drew 2-2 with Rennes in the Europa Conference League in between being defeated 3-0 by Crystal Palace and Chelsea in the Premier League.

Arsenal went into Sunday’s game with more confidence as they had won three straight games across all competitions.

They started the North London derby brilliantly as they were three goals ahead by the end of the first half.

The Gunners quickly put Spurs on the back foot and they took advantage of their dominance with goals coming from Emile Smith-Rowe, Pierre-Emerick Aubameyang and Bukayo Saka.

Match Of The Day presenter Gary Lineker labelled the first half performance as a “shambles”:

Good heavens, @SpursOfficial are a shambles.

Graeme Souness is covering the game for Sky Sports alongside Ledley King and Tony Adams.

Speaking during the first half break, Souness said: “Tottenham look ragged. [King and Adams] can look at the centre-backs and see what they should have been doing. For me, I’m looking at the Tottenham midfield. It is non-existent.”

Former Premier League defender Matt Upson is reporting on the game for BBC Sport. He praised Arsenal as he suggested that the body language of both teams has been the “difference”:

“The body language between these two teams is the difference. Ben White’s decisive, aggressive tackle, set the tone of the game.”

Sky Sports commentator Martin Tyler also had a dig at Spurs just as the half time whistle was blown. He said that the derby had only been contested by Arsenal:

“A North London derby fiercely contested by one team.”