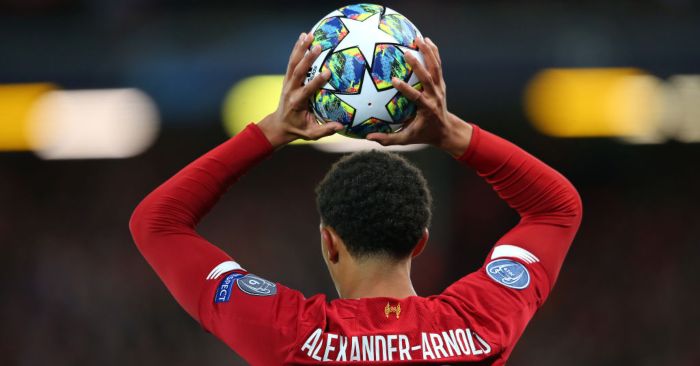 No one likes international breaks. But I like them just fine, because I get a couple of weeks to root around in the stats to find interesting stuff for all 20 Premier League teams. Here’s the first of two alphabetical instalments for you to digest or ignore, according to your preference.

One note: since there are a few different xG measurements out there, I’ve usually indicated the range, so as not to be definitive where the numbers differ.

OMG where to start? I’d tell Arsenal fans to look away, but they probably know the awful stats by heart. So here’s one from left field: the Gunners are worst in the league in aerial duel success, winning only 42.9% of the battles. They’re also tied for the lead in ill temper, with 27 yellows – the same as perennial bad boys Watford.

One feature of Emeryball is the counter-attack, so it’s no surprise the Gunners are only sixth in possession percentage, which would be their all-time recorded low, breaking last year’s fifth. Also, under their former manager (what was his name again?) they generally ranked in the top half in interceptions, very good for a high-possession team. They even led the league in 2014-15. This year they rank dead last. That in itself isn’t bad; José Mourinho’s teams often ranked very low in that category. But Mourinho’s teams didn’t place third in most shots allowed unless something was terribly wrong.

Villa have allowed 20 goals, which isn’t terribly good, tied for fourth worst in the league. But it’s much better than their shots allowed, which is 19.7/game, worst in the league by some distance. Why the disparity? Shot-blocking. That’s usually Burnley’s department, but this year Villa lead by a gigantic margin of 6.3/game to second-placed Bournemouth’s 4.8. That would be an all-time record, well ahead of Burnley’s 5.8 from last year.

Moreover, it looks like Villa are going for the coveted blocks double, also leading by a huge margin in crosses blocked at 3.3/game to only 2.3 for Norwich City and Bournemouth. Burnley managed that same double in 2017-18.

But the defence has to shape up. At the moment they’ve allowed the most deep completions (passes within 20 yards of goal), and the gap between them and second-worst Newcastle is the largest in the table.

You could always set your watch by the Cherries’ defensive stats: near the bottom every year in both tackles and interceptions. Last year there was a minor shift: although tackles stayed low, interceptions rose to 14th. This year tackles are predictably 20th and last, but interceptions? Top of the table, and it’s not close. It’s a sign the side is defending much more aggressively in their own half. Philip Billing is second among league regulars with 2.6 interceptions/90. But that’s typical Billing – much more remarkable is that Lewis Cook (Lewis Cook!), in limited minutes, is at 2.6 as well.

It’s working, at least defensively: the Cherries have allowed only 1.25 goals per match compared to a previous Premier League best of 1.61. And they’re doing it all while staying last in the league in fouls committed.

There’s a cost: their goalscoring is down somewhat, from 1.47 last year to 1.25. But don’t forget their ace in the hole: set pieces. They have seven goals from the dead ball so far, best in the league.

In other words, the Seagulls are now a possession side. It’s quite impressive, then, that they lose possession only a tiny bit more, up from 24.3/game to 26.4. Oh, and they’re also much better. In per match stats, their shots are up from 9.8 to 12.4, shots conceded down from 15.3 to 13.2, goals up from 0.92 to 1.25, goals against down from 1.58 to 1.42. If Chris Wilder weren’t getting such raves for his work at Sheffield United, Potter would be the talk of the town. Will the town soon become north London? For Brighton’s sake, I hope later rather than sooner.

Good old Burnley. They never change – except when they do. Take a look at their shots allowed. In the previous three years, they’ve ranked 2nd, 2nd and 1st. This year they’re 9th. Instead of lapping the field in blocked shots, they’re only 5th. Clearances have gone from 1st, 2nd and 2nd to 10th.

In other words, theyre significantly more proactive on defence this season. What’s odd is that their other major defensive numbers, such as tackles, interceptions, fouls and PPDA (passes allowed per defensive action), are pretty much what they’ve always been. Their attack numbers, too, are the usual fare: at the top in long balls and aerial challenges, at the bottom in pass completion percentage and dribbles.

The bottom line, though, is that they’re notably improved. Goals have gone up from 1.18/match to 1.42, goals against are down from 1.79/match to 1.5. This looks very much like a standard mid-table team – and that’s not Burnley at all.

The Blues are having a grand old time, at least in attack. But for a side supposedly weak in defence, it’s their defensive numbers that catch the eye. They’re third in tackles and second in interceptions, quite remarkable for a high-possession team. They’re second in tackle percentage and a passable fifth in stopping deep completions. They’ve allowed the third fewest shots, too.

So why no better than middle of the pack in goals allowed? The main answer is Kepa Arrizabalaga. He’s 20th (not a typo) in save percentage, 26th out of 29 if you include the part-timers. Expected goals analyses tend to rank him a little bit higher, but not much. To a degree it’s not his fault, because Chelsea are allowing a high xG/shot – where it ranks depends on who you ask, but it’s near the highest in the league.

One off-beat attack stat: Chelsea have taken more right-footed shots than anyone else, and the gap between them and second-place Man City is the highest in the league. Oddly enough, the attacker who’s taken the most left-footed shots is a substitute, Michy Batshuayi, and he’s predominantly a right-footer.

For the moment the side seem comfortable enough in mid-table, but the attacking numbers are dreadful. Palace are last in the league in shots, at only 9.8/match. They’re also last in the league in key passes, with a big gap between them and next-to-last Southampton. To make things worse, they’ve had the highest percentage of their shots blocked, at 34.2%. No wonder only Watford have scored fewer goals. In the by-the-way department, they’re the only side yet to hit the post, but maybe their aim hasn’t been good enough.

On the plus side, the team is Hodgsoning their way to decent defensive stats, but they’re doing it with a touch of cynicism. They’ve committed 148 fouls, tops in the league. But let’s give them credit for a 66.8% tackle percentage, second best. Their keepers have also made the most saves from inside the six-yard box: seven.

One stat that rarely shows a pattern is times fouled, but when Wilfried Zaha is on your team, you can be sure you’ll be among the leaders. Since Zaha joined Palace, they’ve never been lower than sixth, and at the moment they’re limping along in third.

Crosses form a large part of Everton’s attack. They rank 11th in total passes, but third in crosses. That’s not such a big deal – but crosses often lead to headers, and Everton’s heading numbers are simply astonishing. A ridiculous 46.2% of their goals have been noggin-based. For comparison, Huddersfield led the league last year at 31.8%.

You’d expect headed goals to come mostly from set pieces, and Everton have Gylfi Sigurdsson to provide them. Not surprisingly, then, the Toffees have taken the second-most shots from set pieces. But they have only two set-piece goals, headers from Richarlison and Tom Davies.

That sort of thing isn’t really sustainable. In fact, it’s not really sustaining them very well at the moment, as they’re tied for 14th in goals scored. Will it keep Marco Silva from the sack to tell the board that Everton have the best tackle percentage, at 68%? Somehow I doubt it.

Some weeks ago I rolled out stats to say Leicester weren’t a good attacking team, whereupon they went and scored nine against Southampton, which was hilarious. The Foxes’ attacking stats have improved since then. They’ve jumped from 13th to 5th in total shots, and from 18th in xG to somewhere between 11th and 14th, depending on the source.

But their shooting percentage (percentage of shots on target that go in) has become even crazier. It’s now up to 49.1%, which is nine percent higher than any team has ever recorded over a whole season. The odds on finishing with that percentage are roughly 5,000-1.

Let’s leave them on a more sustainable note: the Foxes’ defence continues to perform well. They lead the league in PPDA, are sixth in fewest deep completions allowed, and have Kasper Schmeichel leading the league in save percentage. All this with the fewest yellow cards.

I suspect that for Liverpool fans, the only stat that counts is the number one at the top of the table. But there are plenty of odd nuggets in the supporting numbers.

For one thing, they lead the league in headed goals, with eight, which have been scored by seven different players (!). They’re also only 16th in dribbles attempted, where previously in full seasons under Klopp they’ve never been lower than 7th. It’s unusual for a title-contending team to be low in dribbles, because the top teams are the best on the ball, and 16th would be a record low for a title-winner. (Oops, I said it.)

Here’s another stunner: the Reds are tied for fourth in crosses blocked. So what, you say? For such a high-possession side it’s quite remarkable. The previous two years they were 19th. Oh, and remember that throw-in coach? Liverpool have three key passes from throw-ins, and no other team has more than one. Organisation.

Peter Goldstein will be back with part two tomorrow