Home All The News Shaqiri explains his reasons for joining Liverpool 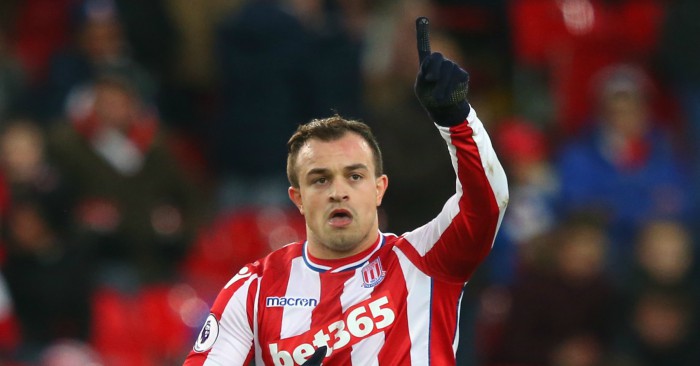 Liverpool have announced the signing of Switzerland international Xherdan Shaqiri from Stoke.

The 26-year-old has signed a five-year contract after joining for £13million.

The winger’s move to Anfield follows the Potters’ relegation from the Premier League.

“As a player you always want to be on the biggest stage in football. A few years ago I wanted to come too, but it didn’t happen. I’m really happy that now I’m finally here.

“I want to improve myself too, I want to be with the best and I want to win titles. That’s what I’m here for.”