Newcastle will not be signing Harry Kane. These big names from big clubs are not out of reach though. 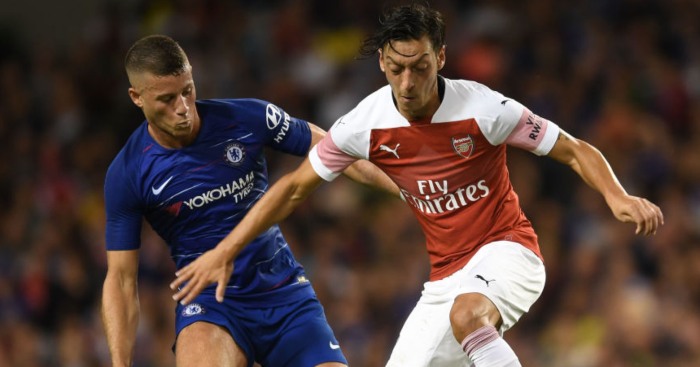 There was talk of Harry Kane to Newcastle but really, it’s a nonsense. As is talk of Philippe Coutinho. But there are players from the elite sides who could well join the north-east club if this takeover ever goes through…

From Liverpool: Xherdan Shaqiri
We have been told – by the Daily Mail’s well-connected Dominic King no less – that ‘Newcastle have identified Xherdan Shaqiri as a potential major signing this summer by capitalising on his lack of game time at Liverpool’. He has started just two Premier League games this season, making him an obvious candidate for a mini-cull. And at 28, Liverpool will hope they can actually make a profit on the £13m they paid Stoke for his services. And if they can get £15m for Jordon Ibe…

If we get anything less than £135M for Shaqiri, I’m throwing Michael Edwards into Mt St Helens as a sacrifice to the gods for his grave sins.

Shaqiri is said to be open to the move and so he should be; his fancy-dan stylings could make him a bona fide hero again in Newcastle. He could be a great big square fish in a small pond.

From Manchester City: John Stones
A starter of only ten Premier League games this season as his body and his mind seemed to take turns to let him down. In a season when City were largely lacking Aymeric Laporte, Stones should have formed the bedrock of Pep Guardiola’s defence. Instead, he was often on the bench or in the treatment room as Fernandinho proved very useful indeed.

Stones is said to be a target for Rafa Benitez if he returns to Newcastle, with the Spaniard a long-time fan of the Englishman; he tried to persuade Real Madrid to sign him back when it felt like the future of English defending might have bizarrely been Barnsley-born. If Stones is for sale this summer – and reports certainly suggest as such – then Newcastle might be one of the few clubs who could afford him. And Benitez might be one of the few coaches who could teach him to really defend.

From Chelsea: Ross Barkley
John Stones was not the only name mentioned in connection with a possible Rafa return; step forward Ross Barkley, who could be the fall guy this summer if Chelsea decide to significantly strengthen. With Ruben Loftus-Cheek returning from injury, Barkley could find himself even lower down the pecking order at Stamford Bridge, though he did play excellent against Everton and Liverpool just before the season was suspended.

Benitez has twice tried to sign Barkley before but might well find Chelsea are now willing sellers; they will make a decent profit on the £15m they paid Everton for his services. And Barkley really does need regular, first-team football to stay ahead of James Maddison, Jack Grealish and co ahead of Euro 2020/1.

Newcastle want Ross Barkley? They can have him, can’t have him blocking the likes of Tino Anjorin or Conor Gallagher etc. https://t.co/Q4giQkWxr4

From Manchester United: Phil Jones
Poor Phil Jones. Poor, poor Phil Jones. It is surely time for him to exit Manchester United after nine years in which he has plummeted from the heights of Sir Alex Ferguson’s fanciful predictions to the lows of turning down a testimonial because he knows nobody would buy tickets. It is time to leave – after a season when his only Premier League appearances were in a 3-3 draw with Sheffield United and a 2-0 defeat to Burnley which was probably United’s season nadir.

There has been talk of a £12m move to Newcastle. The only question now would be if Newcastle are going to set their sights a little higher. Like on Kalilou Koulibaly, whose stock is ever-so-slightly higher.

From Tottenham: Jan Vertonghen
“I’m just waiting right now. I want to sign for the right club. That could also be Tottenham, but it must be a club with ambition. Because I still have ambition too. I want to continue at a good level. When the club that suits my ambitions the best comes to me, when the league suits me and when the contract length suits me, I will sign for that club.”

Now tell us that does not sound like a man ready for one last big pay day at a nouveau riche club. Just don’t show anyone at Newcastle a video of Vertonghen’s FA Cup performance against Southampton that left him looking like the world had just fallen in. The real pace is gone but surround him with legs and he could be an asset.

From Arsenal: Mesut Ozil
There is no contract offer on the table for Mesut Ozil at Arsenal, who reportedly want to either offload the German this summer or let him go for nothing next year. His £350,000-a-week wages are a) an uncomfortable outlier at the club and b) proving an obstacle to an exit. Enter a club with deep, deep pockets and a burning desire for a marquee signing.

Ozil has re-established himself in the Arsenal starting XI under Mikel Arteta, but it seems that the Spaniard’s desire for Philippe Coutinho might be far greater than his belief in Ozil as a long-term option at the club. And who wouldn’t want to see this for real…

Mesut Ozil is close to joining Newcastle United after being spotted in a pub with a Newcastle kit on 😂😂 pic.twitter.com/0hujmIzQ3c