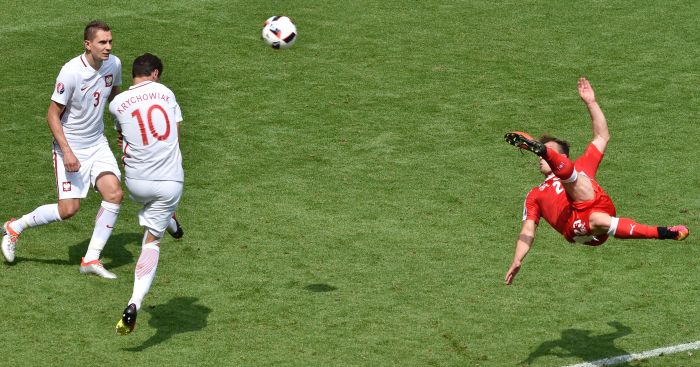 Xherdan Shaqiri has suggested that he missed out on the Euro 2016 Goal of the Tournament award because of a mass Hungarian vote in favour of winner Zoltan Gera.

The Switzerland winger appeared likely to win the gong after his sweet overhead kick from the edge of area against Poland was widely thought of as the best of the competition.

However, Gera clinched the fan-nominated award after UEFA’s technical observers ranked his super strike in Hungary’s brilliant 3-3 draw with Portugal as the top goal.

Shaqiri insists his effort was the most “beautiful” but is “not disappointed” to miss out on the award.

“Perhaps all Hungarians have voted.”

The official Twitter account of the Switzerland national team also aired their view on UEFA’s decision, saying: “Some things should be just better not vote.”