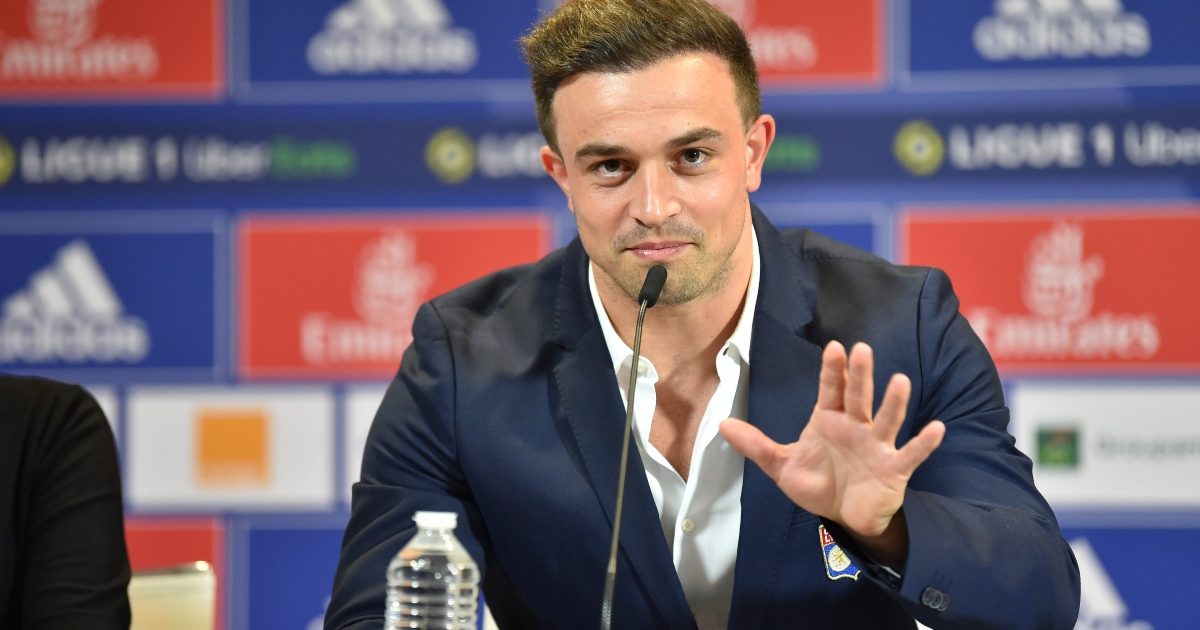 Xherdan Shaqiri has revealed the role of Peter Bosz as head coach of Lyon was a key factor in his summer transfer from Liverpool.

After three successful seasons on Merseyside in terms of trophies, Shaqiri departed in search of more regular first team football, signing for the Ligue 1 club in August.

The 29-year-old struggled for regular minutes, mainly down to the unbelievable form that Mohamed Salah has shown over the last few years, but will hope he can tie down a starting berth at Lyon.

The Swiss international has now revealed what made him pick the French side for the next step in his career.

“Peter Bosz loves possession (based) attacking football, he was one of the main reasons for me to come.”

Bosz, who has managed Ajax, Borussia Dortmund and Bayer Leverkusen in recent years, took over at the Groupama Stadium in May and has started the season with a mixed set of results.

However, they started their Europa League campaign in solid fashion, defeating Rangers 2-0 at Ibrox.

And Shaqiri has high hopes for his new side and hopes to take them back to the top.

“I want to succeed and take them to a new level,” he added.

“With my experience and my level of game, I want to help this club regain its former glory. The objective is to win new trophies, put Lyon back where it was more than 10 years ago.

“It’s time to take this team back to where it belongs.”

Back at Shaqiri’s former club Liverpool, Jurgen Klopp’s side don’t seem to be missing him.

The Reds currently sit joint top of the Premier League with Chelsea and Manchester United and are top of their Champions League group after beating AC Milan 3-2 at Anfield on matchday one.

On Saturday, Klopp’s side ran out 3-0 winners against Crystal Palace, with Salah, Sadio Mane and Naby Keita on the scoresheet.