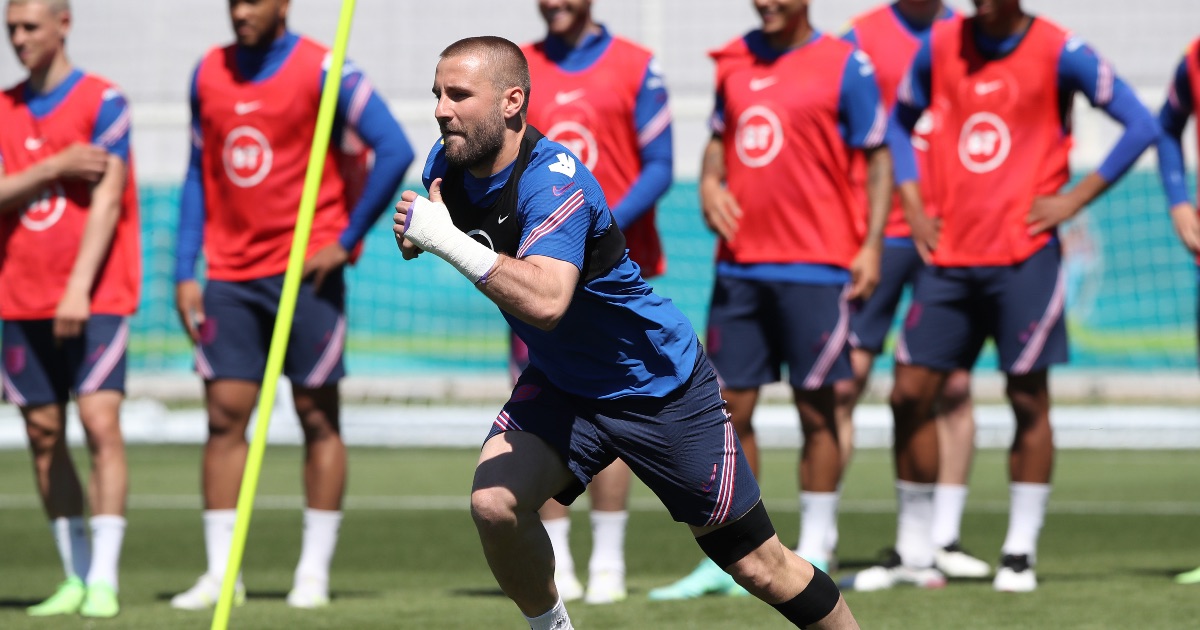 England boss Gareth Southgate is considering playing Luke Shaw as a centre-back in England’s opener against Croatia on Sunday.

Southgate has played a back four in both of England’s warm-up games but could revert to a 3-4-3 against Croatia.

The move could see Reece James and Luke Shaw start either side of John Stones in a back three while Atletico Madrid’s Kieran Trippier and Chelsea’s Ben Chilwell act as wing backs.

Southgate’s use of Shaw was the most intriguing development in training on Wednesday as the Manchester United left back has not played at centre back for his country.

England are limited at centre-back as Harry Maguire continues his recovery from ankle ligament damage.

It leaves John Stones, Tyrone Mings, Conor Coady and Ben White as the only established options in the heart of defence.

Meanwhile, Chilwell says the Champions League final has made Chelsea and Manchester City players closer rather than created any awkwardness in the England camp.

“It wasn’t awkward in the slightest,” the left-back said. “If anything – and it’s quite weird to say – it’s actually brought us closer.

“To share a Champions League final, although they were on the losing side, we come here and it wasn’t awkward.

“Like I said, it’s probably brought us a bit closer because to share that experience, such a massive game in all of our careers, it’s going to be good for us, put us in good stead going into this tournament, playing in a big game like that.

“It can only be a positive in a tournament like this.”

Asked if they had spoken about the Champions League final, Chilwell said: “Not really. A few jokes with the City boys! They have instigated them.

“I don’t really want to say too much about that! But, yeah, not really too much has been said. A few things but all in light-hearted ways.”

Chilwell says he has just about come down to earth after winning the Champions League, with wild celebrations followed by a tranquil pre-Euros break at his mum’s house.

“To go home, walk the dog, go watch the local cricket games, it was nice,” he said.

“I haven’t played cricket for a while so to get home and go and watch the team that I used to play for – Flitwick – was quite nice.”