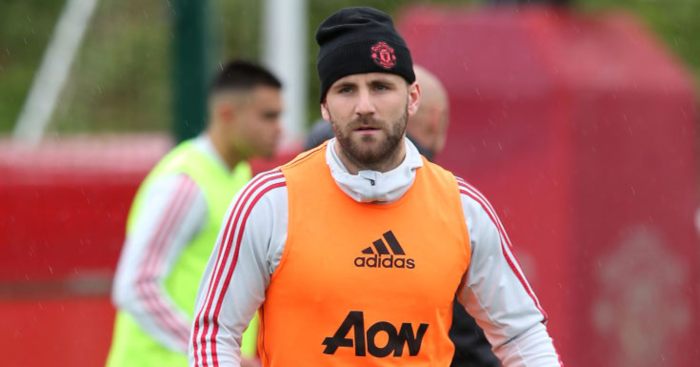 Manchester United defender Luke Shaw has been training at Carrington this week as he looks to come back in perfect condition for the new season, according to reports.

United’s season wound down to an embarrassing conclusion, with the Red Devils failing to qualify for next season’s Champions League.

But Shaw had the consolation of winning the Sir Matt Busby Player of the Year award, with supporters voting for the left-back ahead of Victor Lindelof and third-placed Paul Pogba.

And Ole Gunnar Solskjaer has been impressed with the left-back during the majority of his reign, saying in March that he was “delighted with his performances.”

However, Shaw isn’t resting on his laurels as the Daily Mail claims that Shaw has already been training at United’s training ground this week ‘to get a head-start before a tough pre-season’.

The report says that Solskjaer has been ‘disappointed by the fitness of his players’ and any member of the squad that comes back overweight risks missing the club’s pre-season tour.

Shaw ‘will even take one of United’s fitness coaches on holiday’ to make sure he comes back to pre-season training in good shape.

The left-back has had perceived weight issues in the past but he claimed in July last year that he’s “never been out of shape.”