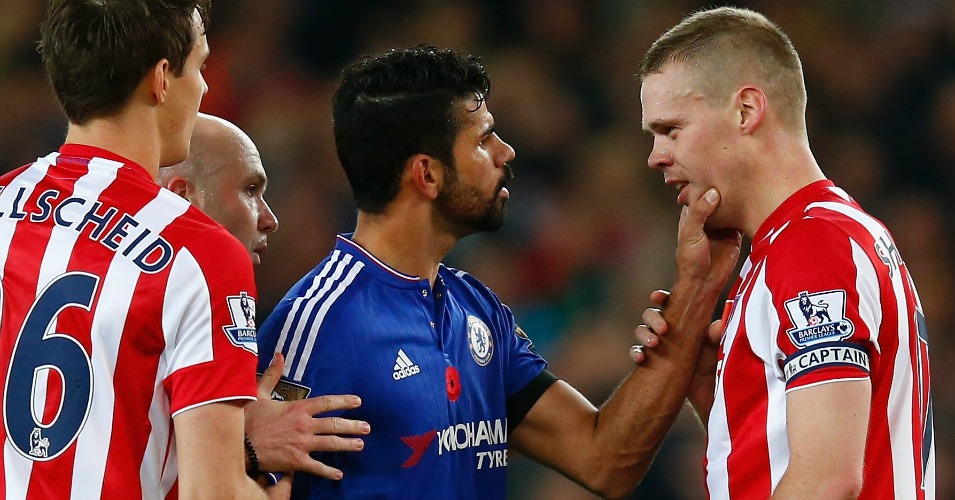 Ryan Shawcross says he knew he had won his battle with Diego Costa once the Chelsea striker started on the wind-up during their defeat at Stoke City.

Shawcross kept Costa quiet during a 1-0 win for the Potters at the Britannia Stadium last weekend, with the Spain international caught on camera attempting to wind up the centre-back by suggesting he smelled.

Shawcross says it was moments such as that during the game that convinced him he had got the better of Costa.

“Once you’ve got Costa concentrating on you rather than the game you’ve won the battle. I was pleased he was concentrating on me and just delighted to keep him quiet because he’s a fantastic player.”

“Why he isn’t involved at England level, once again I have no idea,” Hughes said.

“Since I’ve been here he’s been outstanding. Maybe Stoke players weren’t viewed correctly, or there was a perception of how they approached their work, which was almost certainly wrong.

“Obviously Jack Butland is involved in the England set-up, so maybe he will be able to put in a good word for Ryan and he’ll be involved in the next one. Don’t hold your breath, mind.”

Shawcross is also eligible to play for Wales having gone to school in Flintshire, but the 28-year-old has again ruled out the possibility of switching allegiance.

“I was born in England and made my decision very early on that England was the country I wanted to play for and I won’t change my mind,” Shawcross said.