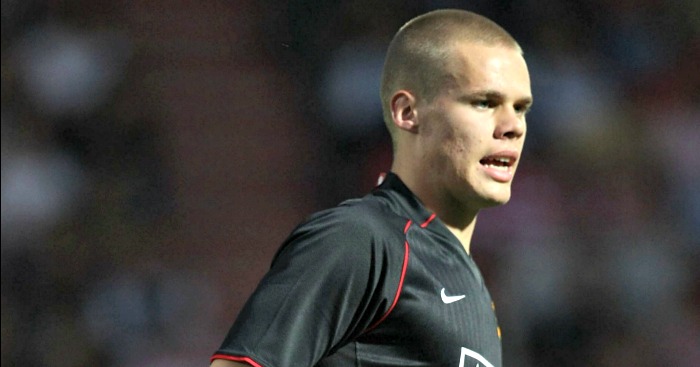 Ryan Shawcross has discussed the situation surrounding his departure from Manchester United in 2008.

Shawcross left United to join Stoke on loan in 2007, before signing a permanent deal at the club just six months later. The defender is now captain of the Potters, and is their longest-serving player.

The 28-year-old spent much of his youth career at United, joining their ranks in 2002, but playing just two games for the senior side before his departure.

Discussing his exit from United with the Daily Telegraph, Shawcross has revealed that then manager Sir Alex Ferguson wanted to keep him at Old Trafford, but the defender left in pursuit of first-team football when approached by Tony Pulis, who was boss of Stoke.

“I’d agreed to go to Norwich on loan and was going to the hotel on the Friday night before the Saturday game to go and meet the team, but not play,” he said. “Pulis phoned me and said ‘if you come to us you’re playing Saturday’ so that swayed me.

“After a few months at Stoke I got offered a new deal at United but I wanted to play. Me and Sir Alex had a disagreement, he wanted me to sign and then go out on loan again, and it took a week or so before we agreed.

“I could easily have stayed and got 150 appearances but instead I’ve got nearly 350 here. I want to end my career with over 500 games and if I’d stayed at United that wouldn’t have happened. It wasn’t just me, better players than me left as well, like Gerard Pique.

“Me and Sir Alex are fine though. Over the years he has been very good to me. He’s texted me a number of times – and he did congratulate me on making my England debut.”