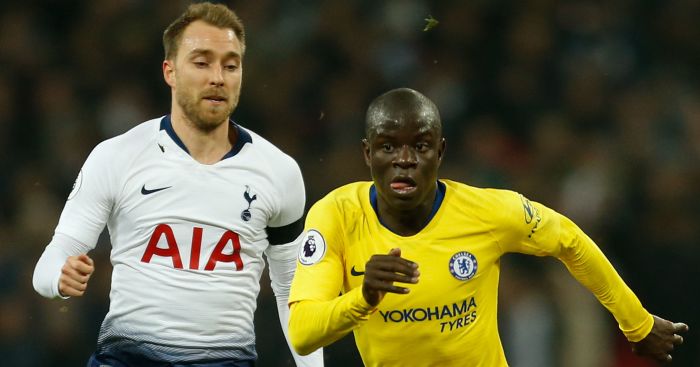 The summer arrival of Jorginho from Napoli has seen Kante removed from his deeper defensive midfield position to a more advanced role for the Blues.

Shearer thinks that Jorginho had a “poor night” at Wembley during Chelsea’s first loss of the season against Tottenham on Saturday and has called on Sarri to switch Kante back to his normal position.

“Why Maurizio Sarri is not playing N’Golo Kante in front of his back four baffles me,” Shearer told The Sun.

“Without the little French dynamo in that hole, tidying up, tracking runners, it leaves the Chelsea central defenders David Luiz and Antonio Rudiger massively exposed — as Spurs showed to such devastating effect on Saturday night.

“Leicester City won the league with Wes Morgan and Robert Huth as their centre-half pairing. Decent defenders but neither are particularly quick.

“But their deficiencies were expertly covered up by Kante — the best defensive midfielder in the world bar none. Jorginho is not in the same class.

“Kante is wasted playing where he did against Spurs, higher up the park and to the right. He is not an attacking midfielder.

“I know Sarri worked with Jorginho at Napoli and trusts him in that holding position but he had a poor night at Wembley.”