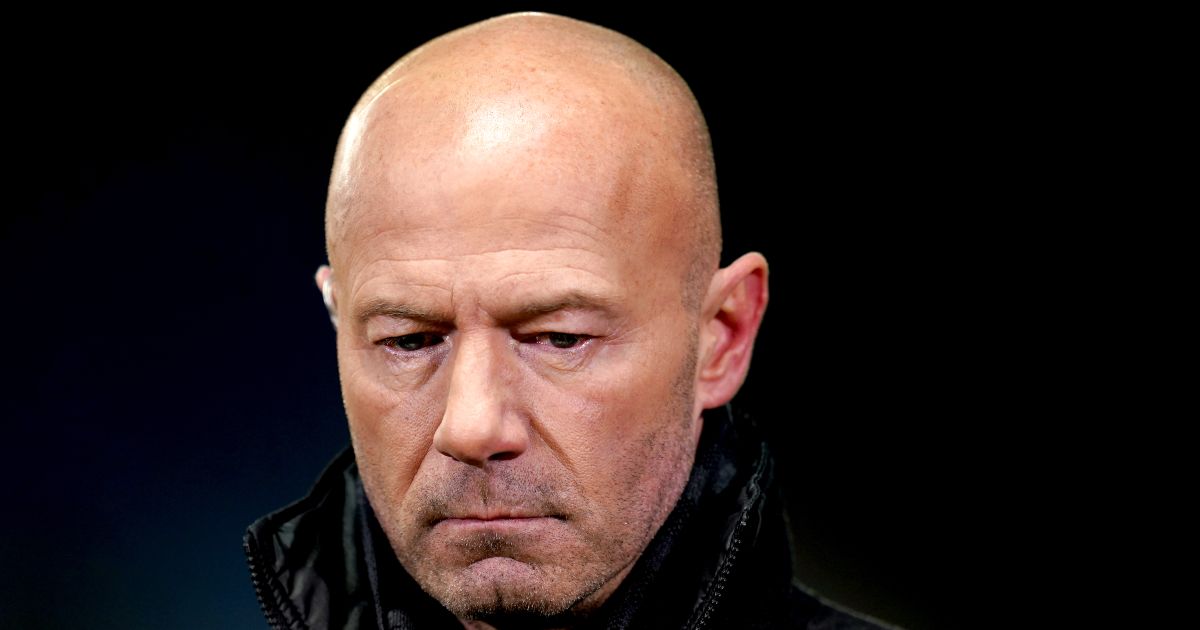 Alan Shearer has called the decision to award Liverpool a penalty in the second half of their 3-1 victory over Crystal Palace as “pathetic”.

Odsonne Edouard’s 55th-minute tap-in had given the Eagles hope of taking points off Jurgen Klopp’s side, who started brilliantly in south London and scored twice in the first half through Virgil Van Dijk and Alex Oxlade-Chamberlain.

A grandstand finish had been set up at Selhurst Park after Palace pulled one back but an innocuous coming together between Liverpool striker Diogo Jota and Palace goalkeeper Vicente Guaita saw the Reds awarded a spot-kick, which Fabinho dispatched to put the game to bed a minute from time.

And former Newcastle United striker Shearer thought it was a “stupid decision” with VAR “making our referees worse”.

“He miskicked it. When I watched it in slow-motion nothing changed at all and for the life of me… Kevin Friend and Craig Pawson how on earth they both somehow get to this ridiculous, wrong, pathetic, stupid decision. Any other words you can give me? Can you tell I’m angry?

“The standard of the refereeing this season has been awful, it has to be said. There has been so many poor decisions. VAR is actually making our referees worse. They’re under so much pressure.

“It’s never a penalty in a million years. How so-called experienced referees can get to that decision is baffling to me.”

And Palace boss Patrick Vieira was also upset that the referee awarded in favour of Liverpool and thinks the referee and VAR were “naive” to give the penalty.

“The reason is having those meetings with the referee and explaining to coaches that contact is part of the game, so that if there is a situation like that and there is not an obvious contact, there will not be a penalty.

“This one here and when you look at the situation with Jota, who I believe was really quite smart, but at the same the referee was naive or the VAR I should say was naive.

“There is no way that Jota could get the ball back and score or that Vince tried to stop. There is no way Vince and Jota cannot have contact because of the situation they were in.”