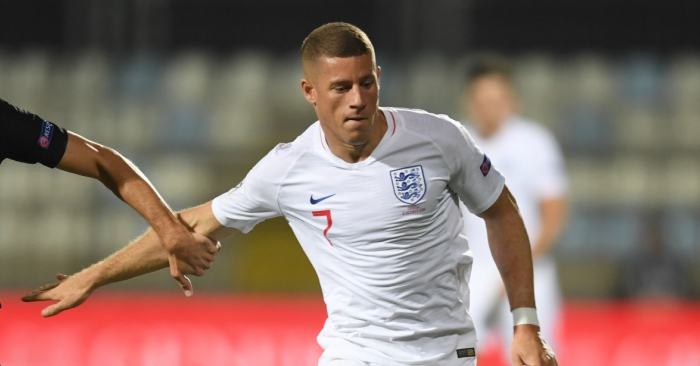 Jordan Henderson and Ross Barkley are not the answers to England’s creativity problem, according to Alan Shearer.

Both players featured in Friday’s drab 0-0 draw with Croatia, with only Henderson really emerging in a positive light.

Barkley was unimpressive on his return to the international fold however, and Shearer doubts whether he or Henderson can fire England to Euro 2020 glory.

‘Gareth Southgate has two years to find the player who can produce that killer pass to unlock defences at Euro 2020,’ Shearer writes in The Sun.

‘It is the England manager’s number one priority because that is the main thing we are missing in order to compete properly for the big trophies.

‘We saw against Croatia how that person still isn’t showing himself. Jordan Henderson isn’t that man and Ross Barkley still isn’t doing enough to prove it can be him.

‘Maybe it will be Phil Foden, who says he is targeting the next Euros.

‘But the Manchester City midfielder isn’t playing enough football and, until he does, he won’t be in England’s first team in such a vital position.

‘Who knows, it might be Mason Mount or James Maddison – maybe we will soon find out.’