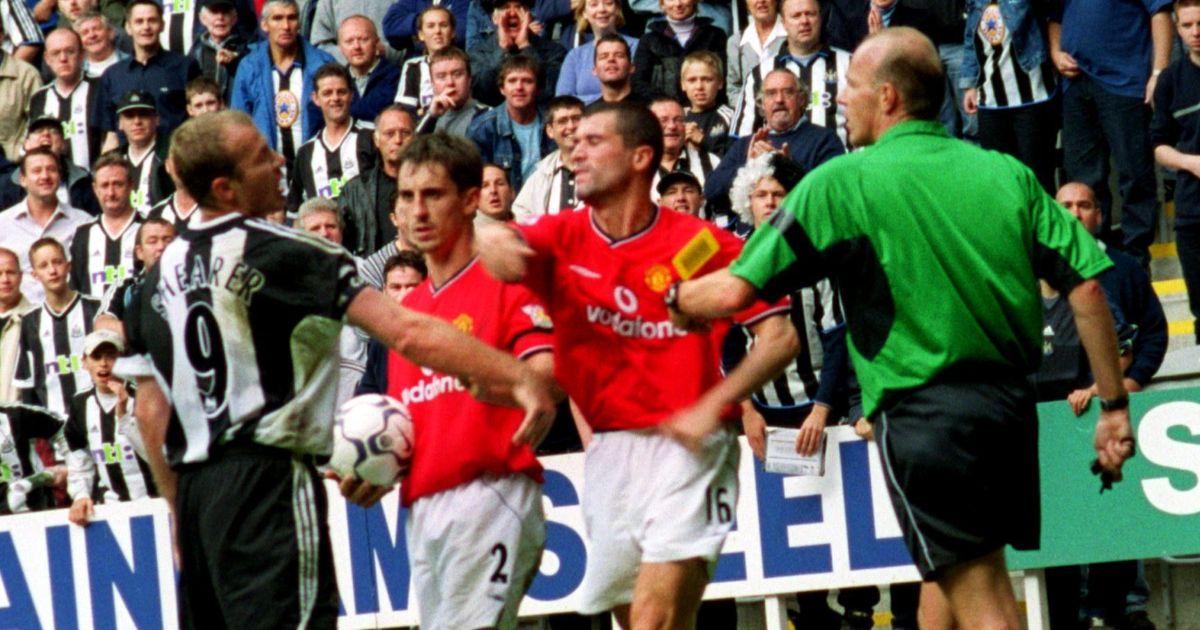 Newcastle started 2001/02 with two draws and a thrashing of Boro. Then Man Utd came to visit and test Sir Bobby Robson’s title hopes.

The following is an extract from Black & White Knight: How Sir Bobby Robson made Newcastle United again, by Harry De Cosemo. You can and should buy it from Amazon or Bookshop. It’s excellent. And we pick up here, straight after they hammered Middlesbrough 4-1 at the Riverside in September 2001.

If anybody was wondering about Newcastle’s top-of-the-table credentials by then, they certainly saw remaining doubts extinguished when Manchester United came to town on 15 September 2001, just three days after Bellamy had scored an extra-time hat-trick off the bench in the Worthington Cup against Brentford.

All great teams have their definitive moments; Robson’s first came that day, against an old friend in Sir
Alex Ferguson.

“It was an opportunity to get off to a good start, a real milestone game,” says Warren Barton. “At the time, they were invincible, so that day we felt it was a measurement of where you want to be. They were going to be there or thereabouts.

“Did we want it to be as open as it was? Probably not, but it was a hell of a game to be involved in, and both teams played their part.”

John Carver says he sensed something was in the air as soon as he walked into the dressing room.

“It was a strange feeling; when you walk in the dressing room, sometimes you get this sense that you have of
winning the game,” he says. “I don’t know what it is, just something that comes on. For that game, everyone was so buoyant; we were on a good run and we wanted to test ourselves against the best. Bobby kept talking about that.

“There was that little room off to the side of the dressing room and all the players would go in there and have a coffee and a biscuit before, we’d watch whatever was on the telly, have a chat and just bounce things around. There was a relaxed atmosphere in that room. Once the preparations started, the likes of Gary Speed and Alan Shearer switched into that ‘match mode’.

“We knew that if we got off to a good start, got at them and had a go, we had a chance. If there were opportunities to get players like Roy Keane wound up, why not wind them up? Get them distracted from the game.

“The feeling went from relaxed to focused, just like that. One minute we were talking about a TV show, or how good Paul Scholes was, and then we switched. About an hour and a half before, we had a team meeting. Bang, that was it, everybody was just on it. At that time, we didn’t really fear anybody. In Bobby’s first two seasons, we’d finished 11th twice, but that was the time we were starting to build a decent team.” 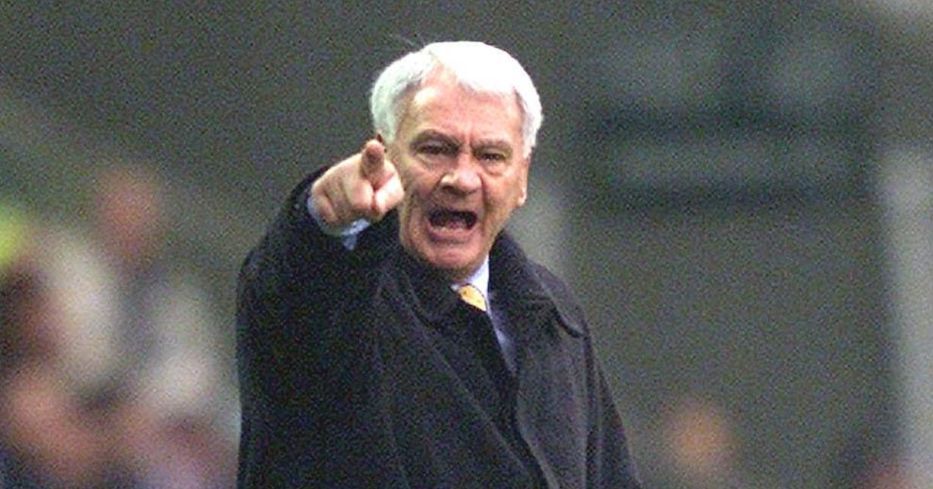 The Magpies had already beaten the reigning Premiership champions under their current manager two seasons earlier. This time it was different, though, even if it shared some of the same antagonists and protagonists.

It wasn’t as convincing a victory on paper as the 3-0 in 2000, but that afternoon had everything: seven goals,
Newcastle winning 4-3, and a Roy Keane red card. That was something both games had in common.

Before kick-off, Robson was busy getting reacquainted with Ruud van Nistelrooy, a striker he nurtured at PSV Eindhoven. The Dutch international made the switch to Old Trafford in the summer of 2001.

Free-kicks would become Robert’s trademark at Newcastle, and his first put the hosts in front after five minutes. Van Nistelrooy equalised just before the half-hour mark, but moments later, Rob Lee popped up with a rare goal to restore the advantage, shooting from distance and forcing an error from Fabien Barthez.

“It was my last goal for Newcastle,” says Lee. “I had moved deep in midfield and left the attacking to Speedo. Shearer claimed my goal, just because I used his celebration. He would claim absolutely anything.

“We played very well that day; we had a team full of precocious talent, and pace in particular, as well as experience. It was a good mix, and if you can beat Manchester United, you know you are on to something.”

Dabizas scored his second goal in a week, before Ryan Giggs and Juan Sebastián Verón struck to level the game. Suddenly, it felt as though the momentum was going against Newcastle, but with eight minutes remaining, Shearer struck the ball goalwards. His shot took a deflection off Wes Brown and completely wrong-footed Barthez.

Shearer would retire five years later as both Newcastle’s and the Premier League’s top goalscorer, with his tally
standing at 260. The goal was given to Brown, and will forever remain the one that got away from the former number nine. 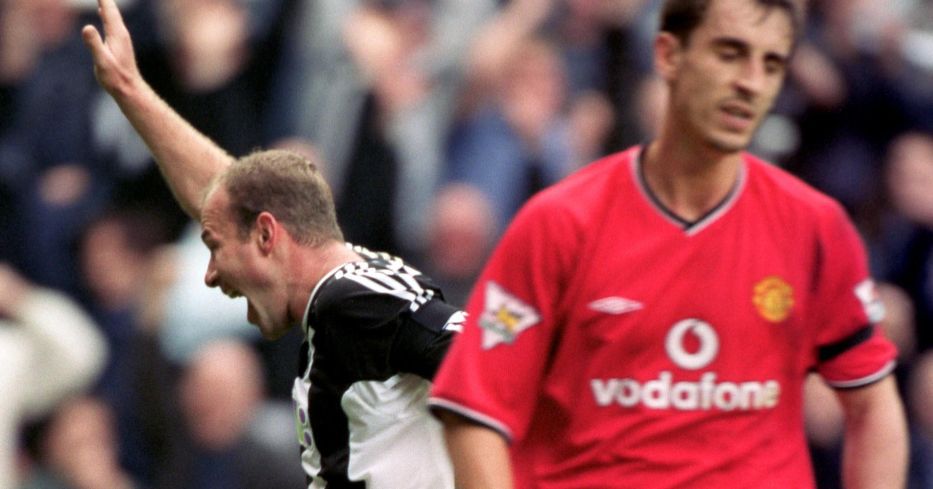 By stoppage time, the visitors, and their captain Keane in particular, had begun to lose their heads. A seemingly innocuous coming-together with Shearer would end in disaster for the Irishman. He threw the ball at Newcastle’s
talisman before knocking the yellow card out of referee Steve Bennett’s hand and eventually being shown red. He wouldn’t leave without taking another swipe at Shearer, who stood his ground as Keane’s teammates attempted to restrain him. At full-time, Keane was waiting in the tunnel to continue the argument.

“I was always the last one, waiting for players to come off the pitch,” says Carver. “I’d always wait for our last
player, whoever it was.

“I started arguing with the Neville brothers, while Keane was waiting at the top of the tunnel. The one thing about Alan is he’s not one to back away from anything. I made sure that when he was off the pitch, I was going up there, and when we got to the top, there was a lot of noise, but nothing really happened. I’ve seen tunnels where it has all kicked off, but nothing really happened.

“There were people pushing and shoving, I got involved, Keane was in the doorway because the home dressing room was on the right-hand side in those days. When we walked up the stairs, they were quite close to each other, but there were lots of people there and nothing really kicked off. It could have got naughty, and I’m sure Alan wouldn’t have backed away from it.

“Ferguson and his staff would have a glass of wine after the game; they’d come and chat with Bobby. I’m almost certain he didn’t turn up that day. The same thing happened many years later when Alan Pardew was
manager and we beat them 3-0. It is amazing how some people can be such bad losers – sour grapes, I suppose.”

Newcastle were on a high; it felt like they had proven themselves. They were here for the championship party and they wanted to stay until the end. Fans could begin to dream with their heads in the clouds. 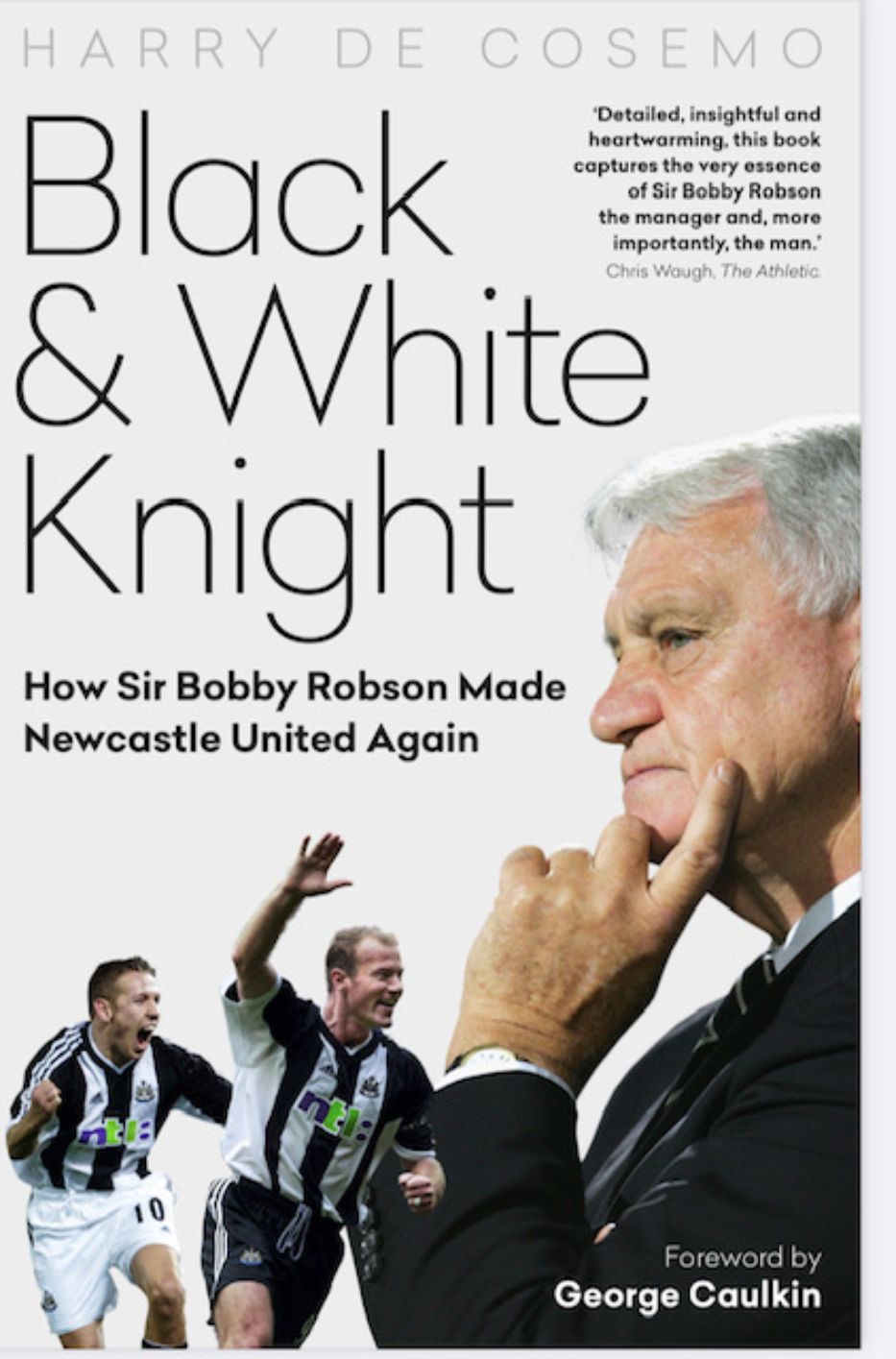