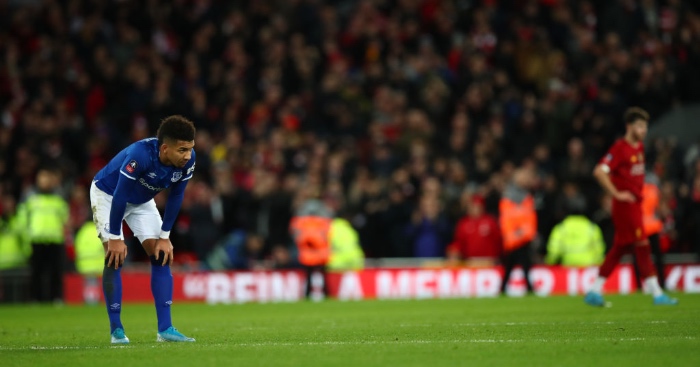 Carlo Ancelotti’s side had the better of the first period, but were very much second best after half-time against a very young Liverpool side who got their just rewards with Curtis Jones’ stunning effort giving the Reds victory.

After the game, Shearer heavily criticised the Everton side on their display.

“It was poor, no link up play,” Shearer told the BBC.

“The number of times we were counting in the second half the ball went up to Dominic Calvert-Lewin and he flicked it on and there was no one within 40 or 50 yards of him. What was the point?

“They looked scared, they looked petrified. There was no one ready to put their foot on the ball and take control of a bunch of youngsters in that Liverpool team who dominated Everton in the second half. It was embarrassing from Everton.

It was only Ancelotti’s fourth game in charge of the Merseyside club, but Shearer suggested this game will have revealed the most to the new boss about his squad.

“There was no doubt it was going to take time for him but he would have learnt a lot about his players today and he has got decisions to make if they weren’t already made in terms of bringing players in.

“Some of his players have helped make them today. The good thing about his name and his experience is he will be able to attract better players.’

The disappointing display and result will come as a blow for Ancelotti after a positive start to life as Everton boss with two wins in his first three games.