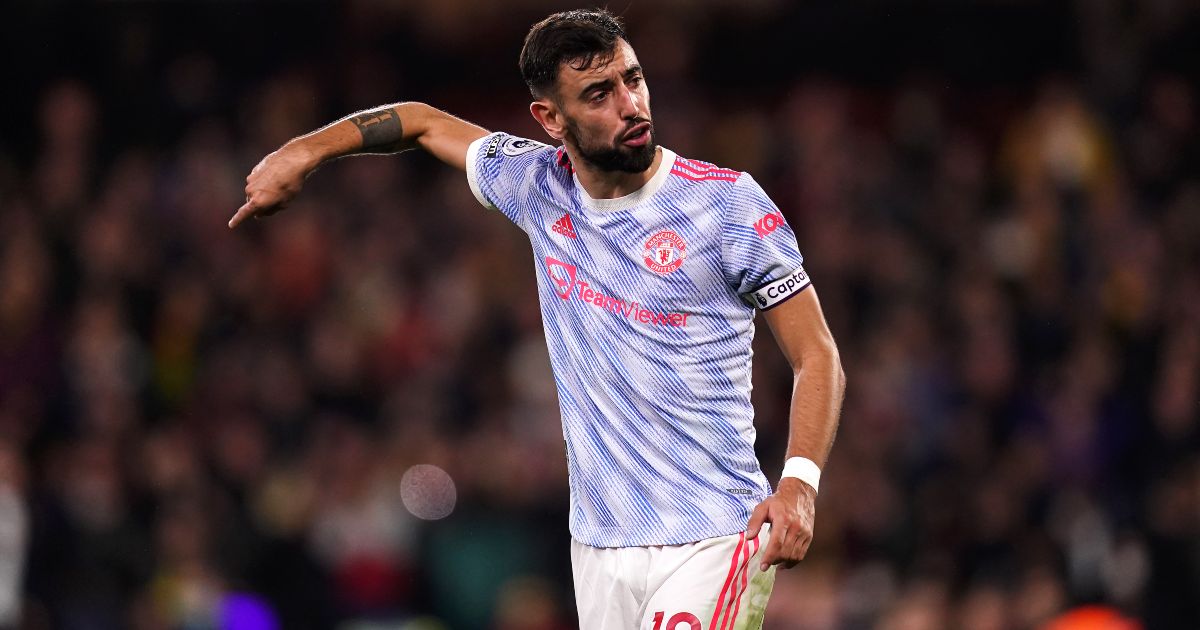 The Portugal international was unhappy when some Red Devils fans decided to boo the Man Utd boss at the end of their 4-1 defeat at Watford on Saturday.

Fernandes gestured to the supporters that the fans should put the blame on the players and not the manager after their fifth defeat in seven Premier League matches.

Widespread reports insist that Solskjaer will be sacked in the next 24 hours and Shearer thought the reaction from Fernandes was “embarrassing”.

Former Newcastle United striker Shearer said on Match of the Day: “Well that’s pretty embarrassing I think from Bruno Fernandes because they’ve got the chance to save the manager’s back in the performance that they put in. So for him to say ‘don’t just blame the manager, blame all the players’.

“Absolutely they should [blame] the players because it’s quite clear from their attitude, from their performance that the players don’t want the manager.

“They’ve stopped running for their manager, they’ve lost respect for the manager and you have a player coming out and saying ‘they didn’t know what to do with the ball’. Well that does lie at the manager’s feet because that’s no plan, no tactics.

Shearer spot on about Fernandes there. #motd

When asked if you should have respect for the fans and yourself no matter what you think of the manager, Shearer added: “Yeah, absolutely. But that’s not the first time we’ve seen players stop running for their manager and it won’t be the last time. That is football unfortunately.”