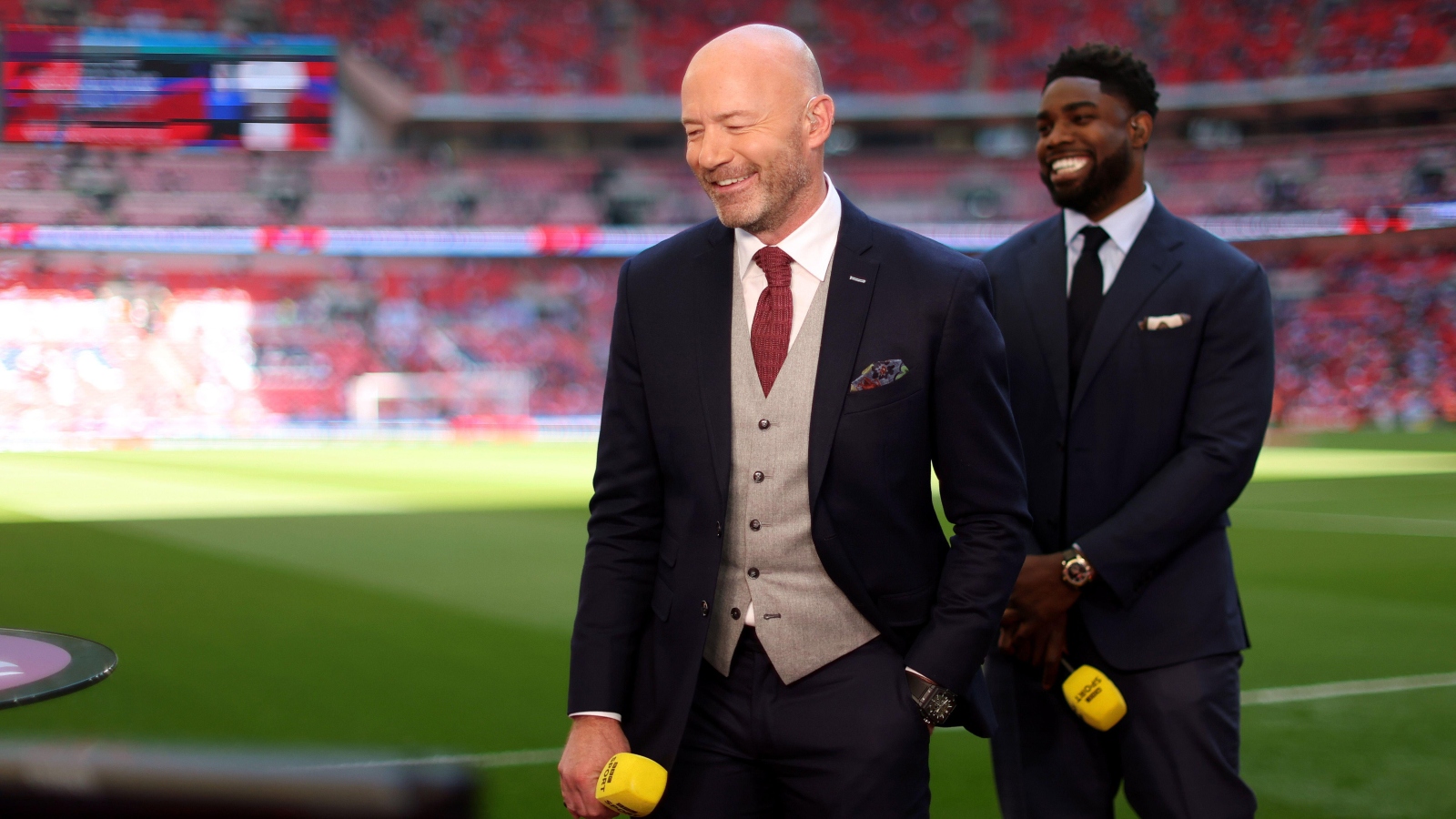 Alan Shearer has said fans should not be concerned by England’s poor showing in the Nations League this year.

The Three Lions kicked off their World Cup campaign against Iran on Monday afternoon.

They went into the tournament in awful form after being relegated in the Nations League.

Without a competitive win since November 2021, Gareth Southgate has come under lots of criticism this year.

However, BBC pundits Rio Ferdinand and Shearer have waxed lyrical about the England manager, who has turned the Three Lions’ fortunes around since taking over in 2016.

Southgate inherited a team that crashed out of Euro 2016 against Iceland – with Sam Allardyce taking charge following Roy Hodgson’s arrival, but lasting less than 70 days as boss.

Ferdinand believes the “harmony” in England camp is a lot better now and has praised Southgate for making players want to play for their country again.

“He has took England to heights we would have thought were unimaginable before he came,” Ferdinand said.

“He has made it a place where there’s harmony. Where players want to turn up now.

“You think back to our generation and before, there were players that would pull out and you’d know they don’t really want to be there, it’s never a real injury.

“Now, these guys are clamoring to get there, they are looking for the e-mail or the notification (they are in the squad). That’s such a difference.

“This team have been close to winning tournaments and that’s what you want. No matter how you play football – as a player, not every trophy I won was done playing the beautiful game and playing spectacular football – no one remembers that.

Results this year have seen Southgate attract criticism, though his overall style of play as a manager is something that has frustrated fans.

Many are not a fan of his conservative style, especially given the players at his disposal.

On if England can be frustrating to watch at times, Shearer replied: “Yeah, yes at times.

“But we also must not forget, look where England were when Gareth got the job. He’s took us to a semi-final in the World Cup, forget about we got the right side of the draw, or Harry Kane was lucky scoring these goals. Forget about that nonsense, he did it.

“Things have improved massively. Look where we were to where we are now. I know we haven’t won for six games, there are excuses for that I think, good ones this team can use.

“It’s very, very difficult. Look at what we are up against.

“Yes, I get the argument that sometimes we need to open up a bit more and play a bit more on the front foot. Hopefully, judging by his selection today… that might just be the start of it.”

Shearer continued: “This England squad and team have made huge strides. Now they’ve got to do another huge stride to take us where Gareth wants to do it. That is what he will be judged on. He knows that tournaments are what everyone looks at.

“Forget what happened in the Nations League… they are interested in the European Championships and the big one that is the World Cup.”

While Southgate’s style and England’s results in 2022 have brought criticism, former Three Lions defender Micah Richards believes the manager’s biggest issue is when he decides to make substitutions.

“I think sometimes with Southgate – I agree with everything you’ve said –  it’s making those substitutes early,” Richards said. “That is the one criticism I have of Southgate.

“When you’re 1-0 down or 2-0 down, make them substitutes to make the difference in the game and that’s the only thing I’d question about Southgate.”

READ MORE: This World Cup will be an exhausting month of whataboutery and claims of ‘hypocrisy’