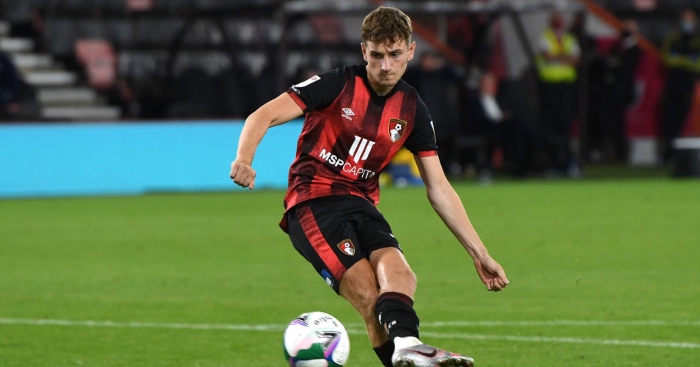 Sheff Utd manager Chris Wilder has been backed to sign David Brooks from Bournemouth in the January transfer window.

Brooks left Bramall Lane in July 2018 after making 37 appearances in all competitions for the Blades.

The winger was linked with a move to Man Utd during the summer, although that never materialised.

According to the Sheffield Star, Wilder will try to convince Blades officials to bid for Brooks in January.

Bournemouth apparently want at least £30 million for the Welshman following his good performances in the Premier League last campaign.

This is now an achievable sum for the Blades after they spent £22 million to sign Sander Berge from Genk. They also spent £23.5 million to sign Liverpool forward Rhian Brewster, making him their record transfer.

Brooks is thought to be keen on rejoining the side in order to make a return to the Premier League.

His fee has been reduced accordingly following the Cherries’ relegation to the Championship.

Brooks is arguably now one of the most expensive players to be involved in the second division. His speed and creativity could help the Blades this season as they are lacking goals up front.

Club captain Billy Sharp equalised from the penalty spot against Fulham to give Sheff Utd their first point of the new season.

The side is missing important defender Jack O’Connell through injury, with Wilder also believed to be looking at a replacement for him.

The Blades searched for left-sided centre backs but didn’t bring anyone in. Current defender Jack Robinson is being selected in O’Connell’s position.

Their next fixture is a tough one against Liverpool on Saturday at Anfield. Blades fans will be hoping that their team can get back to winning ways, following last season’s impressive finish.

Despite the slow start to the 2020/21 campaign, Norwegian midfielder Berge’s performances have proved to be something to enjoy.

He was one of the best players on the pitch during the draw against Fulham.