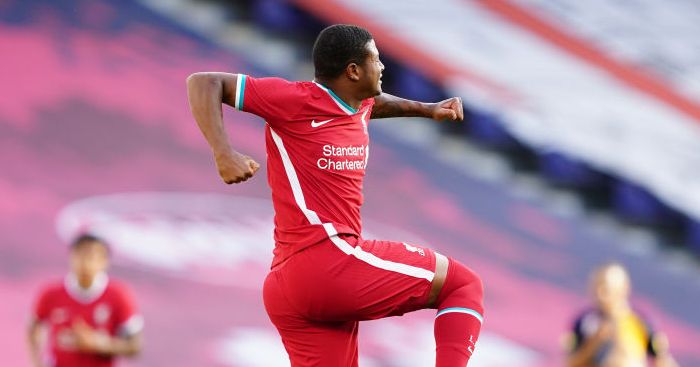 Sheffield United will complete a deal to sign Liverpool youngster Rhian Brewster on a permanent basis today, according to reports.

There has been a lot of interest in Brewster in recent months. The England youngster has always been highly rated by the Premier League champions.

The forward spent the end of last season on loan with Swansea City, making 22 appearances and scoring 11 goals as they finished in the Championship play-off places.

But with first-team chances at Liverpool being hard to come by, the Reds have now accepted that Brewster will have to leave for regular football.

Crystal Palace, Fulham and Brighton have all been linked with the 20-year-old but now the Blades have won the race for the England under-21 international.

The Times reporter Paul Joyce has claimed that Brewster ‘will sign for Sheffield United today’ after weeks of speculation.

Joyce has outlined the deal in a tweet, claiming the fee will be £23.5m with a ‘buy-back guaranteed for three years’, although the buy-back fee is not mentioned.

Liverpool will also be entitled to a 15 per cent of the next sale after they included another clause in the deal.

Rhian Brewster will sign for Sheffield United today. £23.5m and a buy-back guaranteed for three years. Liverpool also have a 15pc sell-on.