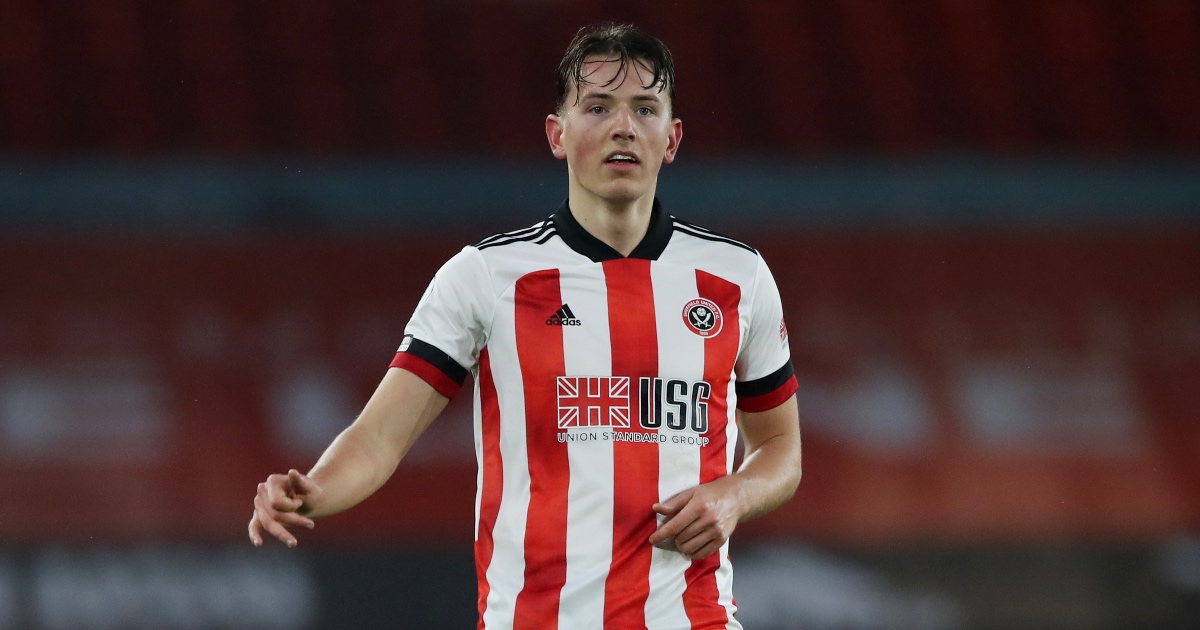 Sheff Utd will demand between £30million and £40million for Norwegian midfielder Sander Berge this summer, according to reports.

As the Blades near relegation from the Premier League, their star players are being linked with moves away from Bramall Lane.

At the top of the list is Berge, originally from signed from Genk for £22million in January of last year.

He is reportedly wanted by Liverpool as manager Jurgen Klopp is a big admirer of the 23-year-old.

According to the Sheffield Star, Sheff Utd have set their asking price at around £35million for Berge.

There is some room for manoeuvre and the report states that any sum between £30million and £40million could be accepted.

The Blades think his value has gone up despite a lack of playing time this season.

Berge has been in recovery since undergoing hamstring surgery in December. He’s missed a total of 16 Premier League matches, during which Sheff Utd have picked up just four wins and one draw.

If the Blades are relegated to the Championship then they might need to sell in order to offset any financial losses.

Berge will likely gain the most interest considering his high potential.

The Norwegian international, capped 24 times by his country, was scouted by Liverpool and Manchester United before his move to Sheff Utd.

He caught the eye of multiple top clubs with some great performances in the Champions League with Genk.

It’s widely thought that Berge could step up and become a regular performer at one of the Premier League’s best teams.

Anfield bosses look set to bid for Berge as they prepare for life without Gini Wijnaldum.

The Dutch international is nearing a dream move to Barcelona as his contract expires in June.

Berge could form a great midfield partnership with Jordan Henderson.

The 23-year-old is yet to reach his best form with the Blades. Their 5-3-2 formation hasn’t suited him perfectly. He’s also had to compete with midfielders such as John Lundstram and Oliver Norwood for a place in the starting eleven.

In contrast, Liverpool’s attacking style could bring out the best in Berge. But it looks like they will need to pay £30million-£40million first.