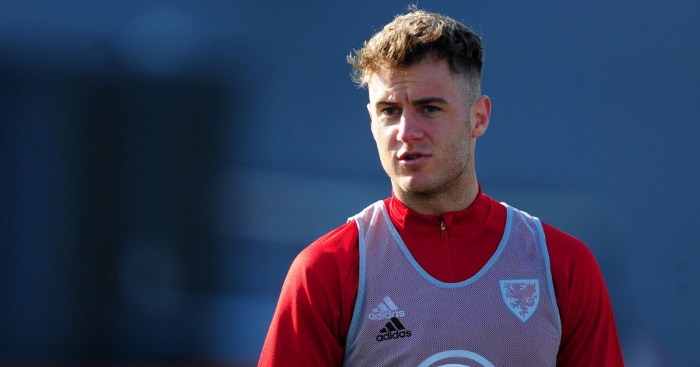 Sheff Utd have joined the race to sign Swansea City defender Joe Rodon, according to reports.

The Welsh youngster got his first break in the EFL in 2017/18 during a successful loan spell at Cheltenham Town. The centre-back made 12 appearances for the club during the League Two run-in.

Swansea City were relegated down to the Championship after finishing 18th in the Premier League in 2017/18.

Rodon broke in the Swans’ first-team as they returned to the second-tier. He made 27 league appearances during his debut season as Swansea finished 10th in the Championship.

The 22-year-old also made 21 appearances for the Welsh side during the 2019/20 season, as Swansea missed out on promotion through the play-offs.

His impressive performances soon caught the attention of Wales manager Ryan Giggs. Rodon earned his first senior cap in 2019, and he has appeared for Giggs’s side five more times since.

The defender has been the subject of a lot of interest from Premier League clubs this summer. Tottenham Hotspur and Leicester City have been the two leading contenders to sign him.

But Yorkshire Live are now reporting that the Blades have entered the race to sign Rodon.

Sheff Utd will have to act quickly if they are to sign the defender, though. Tottenham have already had a £7m bid rejected for him. It is believed that Swansea value the youngster at around £20m.

The domestic transfer window closes this coming Friday, so the teams interested do not have much time left to complete the deal.

Chris Wilder has already signed one defender this summer. Rodon’s Wales teammate Ethan Ampadu has joined the club on a season-long loan deal from Chelsea.