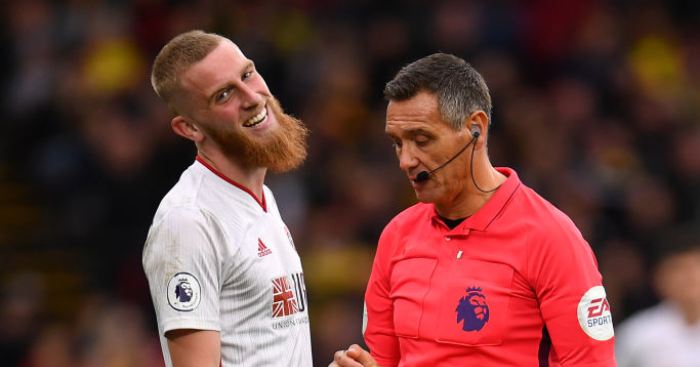 Sheffield United striker Oli McBurnie has been charged with drink-driving.

The 23-year-old is accused of driving over the limit in Leeds in the early hours of Friday, West Yorkshire Police said.

The force added that he will appear in court on November 6.

A police spokesman said: “A 23-year-old Leeds man will appear before magistrates next month after being charged with a drink-driving offence.

“Oli McBurnie, from Leeds, will appear before Leeds Magistrates’ Court on November 6 after being charged with driving over the prescribed limit in Leeds in the early hours of Friday October 18.”

McBurnie, a Scotland international, moved to Sheffield United from Swansea in August.

The Premier League side are due to face Arsenal at Bramall Lane on Monday night.